Allies in adversity, Australia and the Dutch in the Pacific War: Anton van Beurden

Born in 1912, Anton van Beurden joined the Dutch merchant navy as a young man, specialising in radio telegraphy. In 1933, he was selected for officer training in the Royal Netherlands Naval Reserve (RNNR). After attending the Royal Naval College he graduated with the rank of sub-lieutenant. He was then released back to the merchant navy, but in early 1939 emigrated to the NEI to work in radio.

When war broke out in Europe, van Beurden was recalled to the RNNR and served on minelayers in the Java Sea. Imprisoned by the Japanese after the surrender of the NEI in March 1942, he spent the rest of the war in prisoner-of-war camps, working on the Burma-Thailand Railway. He narrowly escaped death in January 1943, when American bombers sank the Japanese ship Nichimei Maru, on which he was being transported from Singapore to Thailand for work on the railway. Forty other Dutch prisoners perished in the sinking.

After his release, he remained in naval service until 1950, retiring with the rank of lieutenant commander. Van Beurden then brought his wife and young family to Australia, where they settled in Sydney and became citizens. 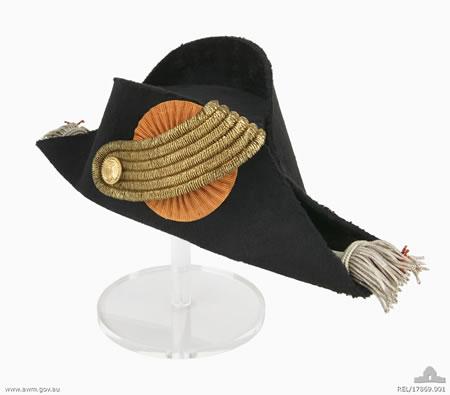 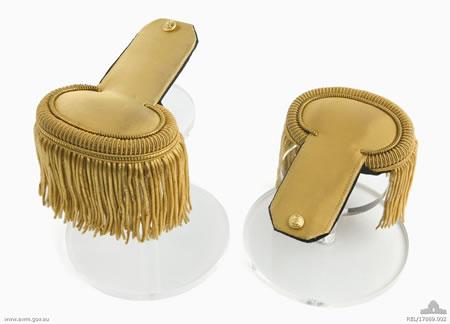 RNN officer’s full dress cocked hat and epaulettes, worn by Anton van Beurden. The similarities between these items and those used by the British Royal Navy reflect the close links between the two services. The large orange cockade on the side of the hat acknowledges the official colour of the royal house of the Netherlands. REL/17869.001–002 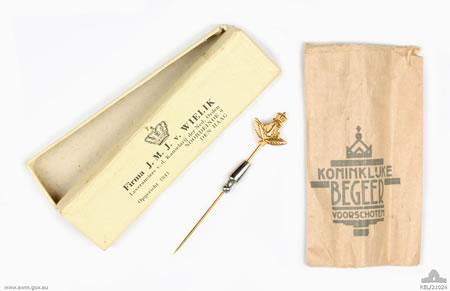 When Anton van Beurden retired from the navy in 1950, he received this lapel badge in recognition of his service. REL/21024