Dawn of the Legend: The landing boat

Most men landed at Anzac on ship's lifeboats. This one came from the troopship Devanha and was one of six in a string towed by the British destroyer HMS Ribble.

Closer to the shore, the men from the 12th Battalion or the 3rd Field Ambulance climbed from the Ribble into the lifeboats, 30 apiece. Among them was John Simpson, who would soon become a legend as "the man with the donkey". The boats cast off and were towed under fire by a launch; then the men rowed the final distance to the beach. They were close behind the first troops to land.

The boats from the Devanha carried men to the extreme left of the covering force's front; there were a few casualties on the way in. Once the troops had clambered from the boats, each one was rowed back to the destroyer to pick up more men. After the landing, the Devanha was converted to a hospital ship, and in the following months her boats would make the journey between ship and shore many more times. 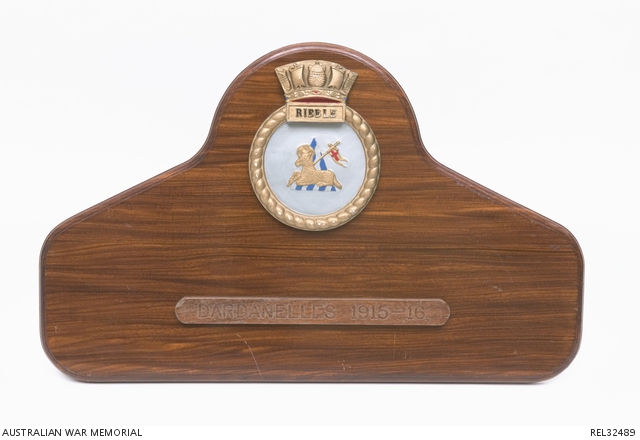 HMS Ribble's honour board
The Ribble was one of the British destroyers that towed boats towards the shore during the landing at Anzac. This honour board acknowledges the ship's service during the Gallipoli campaign. REL32489 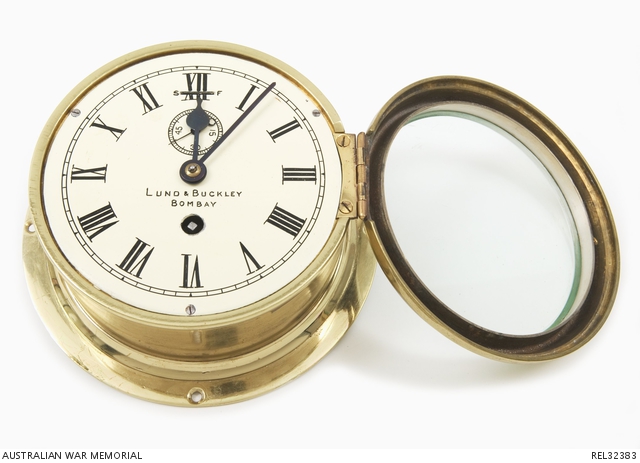 Clock from the troopship Devanha
An engine-room clock from the P & O passenger steamer SS Devanha, which had been taken over as a troopship. The Devanha provided the lifeboat displayed here; it was used in the landing at Anzac on 25 April 1915. REL32383 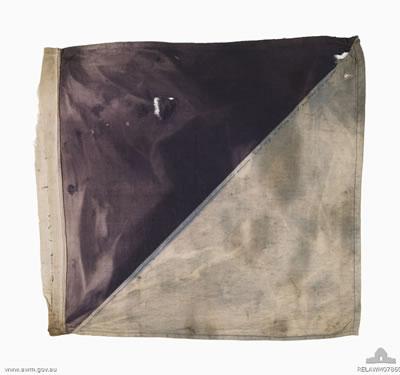 Shrapnel-damaged signal flag
Sergeant Harold Young of the 7th Battalion recovered this battle-torn flag from the body of a 12th Battalion signaller who had been killed in the landing at Anzac. RELAWM07860 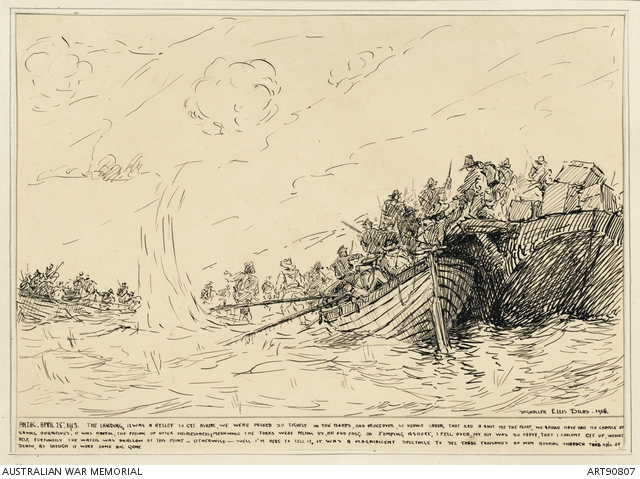 Coming ashore from HMS Ribble
Ellis Silas
The artist Ellis Silas, serving in the 16th Battalion, landed later in the day in a boat towed towards the shore by the destroyer HMS Ribble. Silas produced drawings of the progress of the landing as he saw it. One pencil sketch, showing troops climbing into boats, appears to have been done quickly at the time. ART90807

Those from the Ribble were towed … by a steam pinnace, within 50 yards of the shore. Those from the other six destroyers had to row the whole way.