Dawn of the Legend: Ewen Sinclair-MacLagan

No Australian commander had a greater impact on the course of the events of 25 April 1915 than Colonel Ewen Sinclair-MacLagan of the 3rd Infantry Brigade, which was the first to land. He had held doubts about the whole operation from the beginning, and the worst of these were confirmed when he saw the chaos unfolding around him.

Despite having been ordered to "keep going at all costs", MacLagan was worried that a powerful enemy counter-attack would drive the Anzacs back into the sea. He ordered the troops to consolidate on the second ridge, and abandoned hopes of taking the force's original objectives. He told General Bridges: "It's touch and go. If the Turks come on in mass formation … I don't think anything can stop them." The line was defiantly held, but the positions established that day did not change much for the rest of the campaign.

MacLagan was a British army officer who served for several years on loan to Australia. He remained with the AIF and later commanded the 4th Australian Division in Belgium and France. Afterwards he returned to the British army, and then retired to Scotland. He died in 1948. 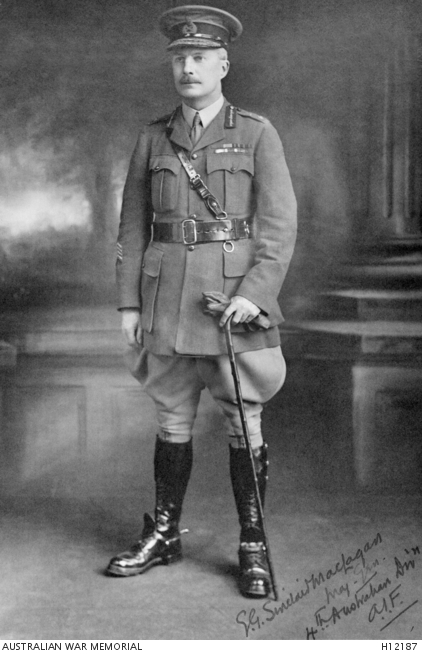