In the dark before dawn, battleships, destroyers and troopships approached the Turkish coast where the Australians and New Zealanders were to land. The 3rd Australian Brigade (4,000 men) was to be the covering force, with other brigades to come ashore throughout that day and the next.

Leaving the ships, the Australians were towed in boats, and then rowed the final distance to the beach. In the darkness the boats landed in the wrong positions. Once off the beach the men faced high hills, cliffs and ravines. The terrain was not what they had been told to expect, but it provided some protection. Enemy fire began as soon as the first men came ashore.

Scrambling up the hills, the Australians took the first ridges, but their objectives were still far off. The fighting in the hills and scrub became fierce, and this is where most of the day's casualties occurred. As the day went on, it became evident the task was impossible. Evacuation was ruled out, so the men were told to consolidate. The order came: "There is nothing for it but to dig yourselves right in and stick it out."

The grand plan had failed, and months of further fighting followed for little gain. 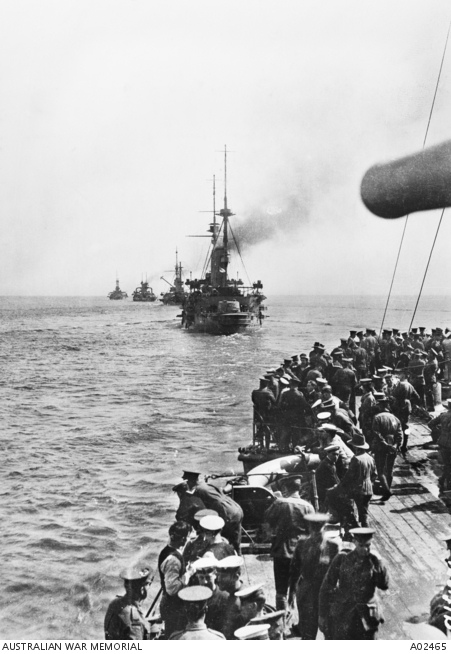 Royal Navy warships steaming towards Gallipoli
HMS London (foreground) carried men of the 11th Battalion. Alfieri Picture Service was a London-based company associated with many of the best known images of Gallipoli. A02465 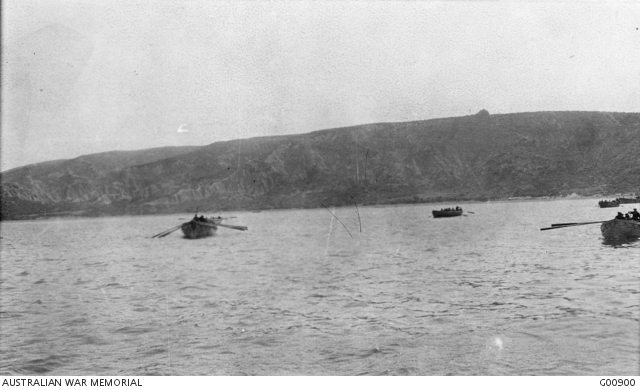 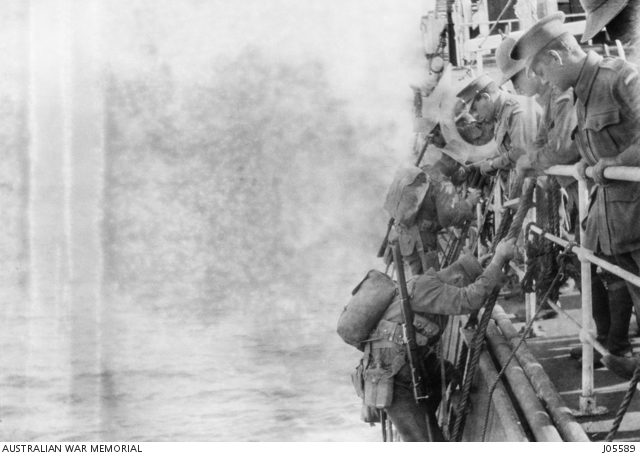 Fatal bullet
Corporal Thomas Gooda enlisted in the 7th Battalion in August 1914. He was wounded and paralysed during the Gallipoli landing, and evacuated to hospital in Alexandria. This bullet was removed from his spine; he did not recover, dying on 7 September 1915. REL/02445

A rugged and difficult part of the coast had been selected for the landing, so difficult and rugged that I considered the Turks were not at all likely to anticipate such a descent. The actual point of disembarkation was rather more than a mile north of that I had selected.