Dawn of the Legend: 25 April 1915 The casualties debacle

During the day the medical services were overwhelmed. The suffering of the wounded was pitiful; many men died on the beach, and it is estimated that hundreds more lay in the hills out of the reach of help. Most notably, there were inadequate arrangements for the critically wounded, who could not be taken back to the ships until after all the troops and stores had been landed. It was early evening before boats became available; many of the maimed and bleeding were sent off in filthy barges.

No one knows for sure how many Australians died on the first day, perhaps 650. Total casualties, including wounded, must have been about 2,000. This news trickled in to the Australian newspapers. Even a month after the landing, only 350 deaths had been acknowledged.

An excited Australian public was being told of the "success" of the landing and the gallantry of their troops, but was unaware of the human cost incurred. They might have been less enthusiastic had they known. 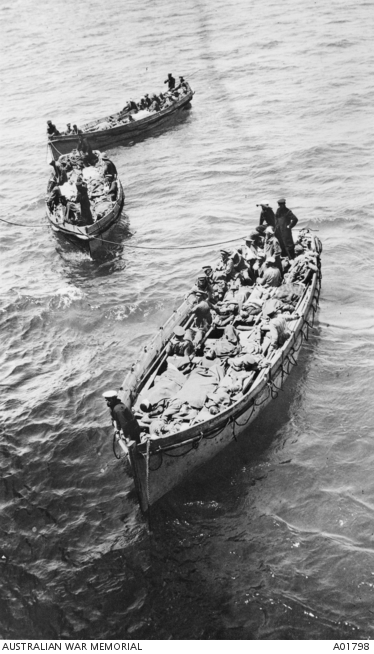 Wounded on barges
Barges containing wounded men from Anzac, mostly stretcher cases, come alongside a carrier ship that will transport them to hospital facilities. Many men died while awaiting attention. A01798 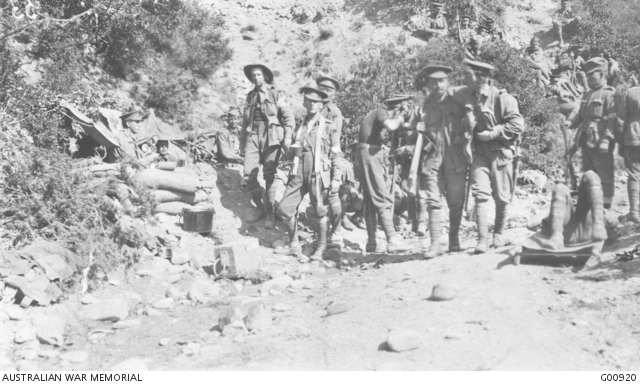 Wounded coming down the valley G00920 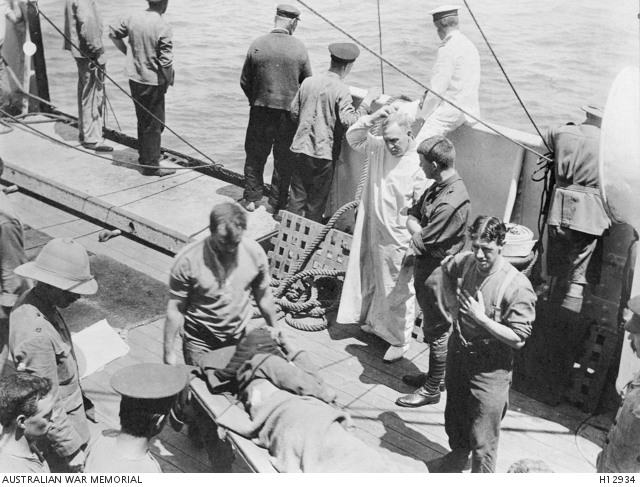 Alex Gilpin had been fatally wounded in the stomach. All day he begged to be shot.