After clambering from their boats, the Australians gathered themselves below the cliffs. Most began scrambling up the slopes through the scrub. It was confusing and dangerous. Some men penetrated further that day than anyone would for the rest of the campaign, only to be cut off, surrounded, and killed, or forced back. Just a few reached the original objective on the third ridge, but they could not hold on.

By mid-morning the Turks had rushed up reinforcements. They had orders to fight to the death. The Turks met the Australians on the ridges and fierce fighting followed, often at close range and sometimes with bayonets. Many positions were lost to these heavy enemy counter-attacks. The Turks held the main ridge and the heights, while the Anzacs clung to a narrow three-kilometre strip of hills overlooking their landing beaches. The front line did not change much for the next eight months. 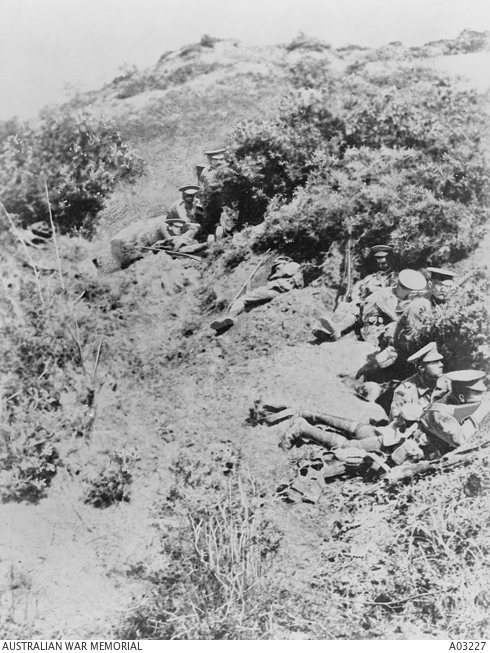 An outpost on the second ridge
A rough firing line formed by the 3rd Battalion at "The Death Trap", an exposed position near Lone Pine. A03227 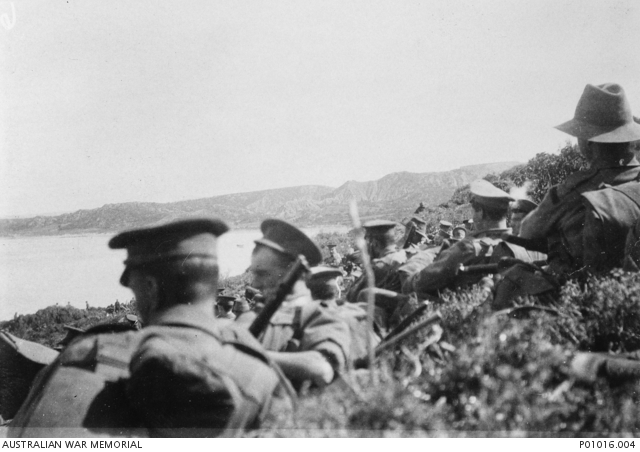 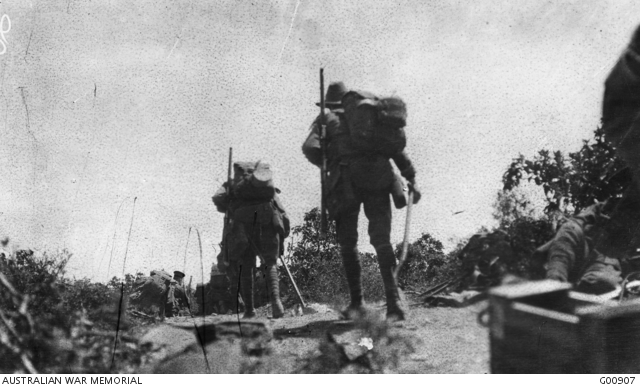 Advancing under fire on the first ridge G00907 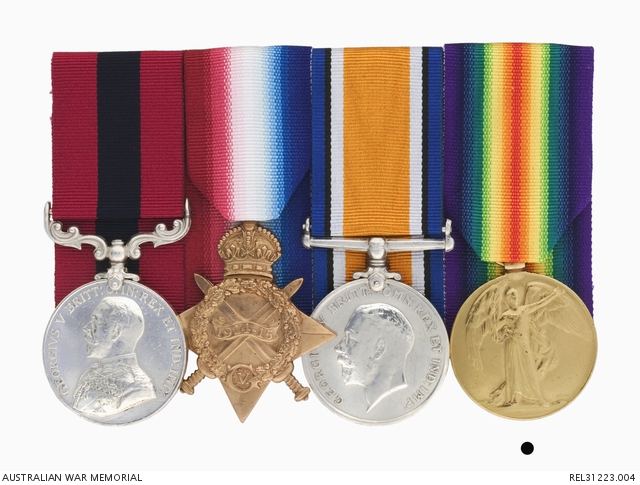 Anzac hero's medals
Private Sidney Diamond of the 6th Battalion was awarded the Distinguished Conduct Medal for his work during the first days of the fighting on Gallipoli. At the landing, seeing men beginning to retire, he rallied them and led them forward under heavy fire. He later served as an officer on the Western Front. REL31223.001-004

[Main force] troops went straight into the firing line, where the Turks were already attacking in force too great to allow the digging of trenches. The only possibility was to hold on in the scrub on the line they wished to hold and dig in after dark.