At first the Australians coming ashore were confronted only by a thin force of Turkish defenders, and the main beach was swiftly taken. Around them the hills provided some protection, but covered with the thick prickly scrub, these were a formidable barrier to further advance.

By 8 am 8,000 men, including the main force, were ashore. At the end of the day there was twice that number. The beaches were never the bloodbath that some writers and artists have depicted. Most casualties occurred during the fighting in the hills above the beaches, with the Turks determined to prevent the capture of the high ground.

By the afternoon of the first day the beach was secure, a wireless mast had been set up and a pier built. Anzac Cove had already begun to develop as the base area and the lifeline to the outside world that it would become for the rest of the campaign. But a crisis had developed with the casualties as the area became crowded with hundreds of wounded and dying men desperately needing to be evacuated. 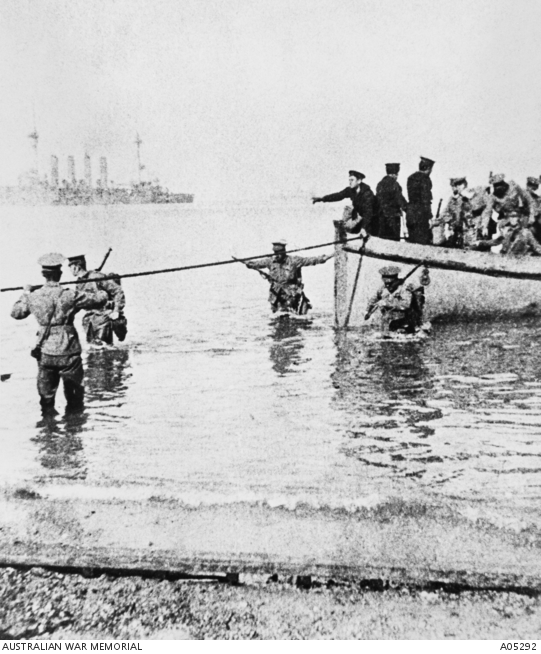 Infantry landing at Anzac Cove
Directed by sailors from a destroyer, a line is secured to help troops disembark on the beach. Behind them the cruiser HMS Bacchante has moved close to shore to provide supporting fire. A05292 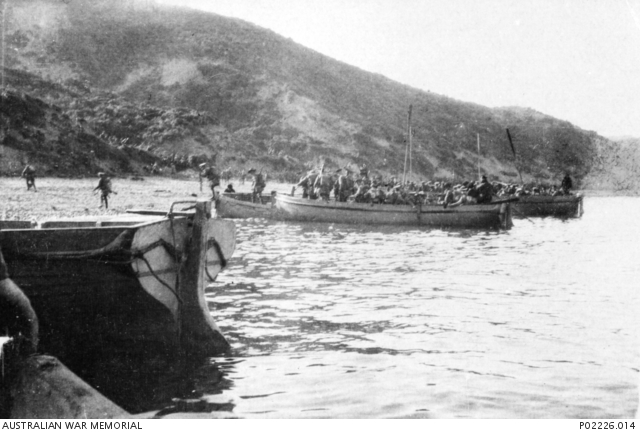 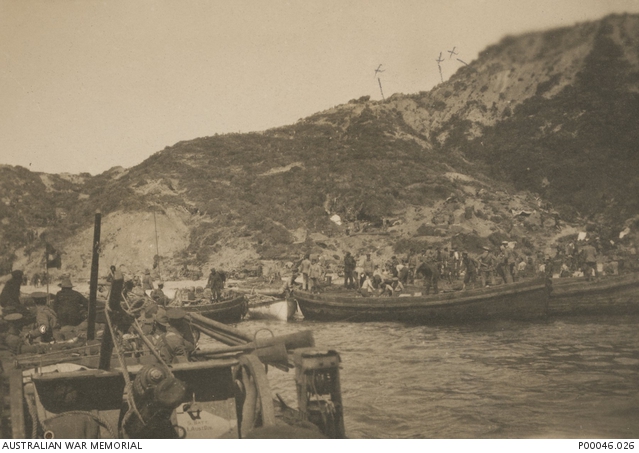 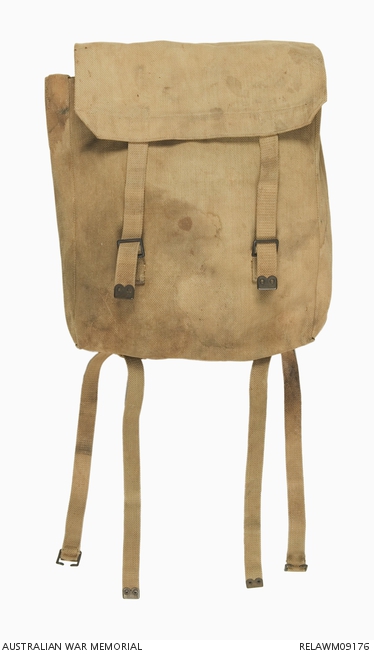 Sergeant William Turnley's haversack
Early in the day, soldiers' packs, including this one, were used to provide makeshift protection against enemy fire. RELAWM09176

The casualties in the boats and on the beach were moderate. It was chiefly the endeavour to reach … the "Third" ridge, and the Homeric struggle that followed to hold the position achieved, that gave Australia "ANZAC Day".