Dawn of the Legend: William Bridges

In 1914, a Scottish-born Australian regular officer, William Bridges, was ordered to raise and command the Australian Imperial Force – it was a name he had chosen – for overseas service. He was promoted major general and led the 1st Australian Division at the 25 April landing at Anzac. As the situation deteriorated that day, he unsuccessfully urged for an evacuation.

Bridges was an early casualty of the fighting. A Turkish sniper got him on 15 May and he died three days later. In his last moments he was heard to say, "Anyhow, I have commanded an Australian Division."

Bridges had made his name as a military administrator but is now remembered mostly for the manner of his death and burial; his body was returned to Australia and interred at the Royal Military College, Duntroon. It will never be known whether he would have gone on to become a great commander. For his part on Gallipoli, however, he became Australia's first notable general, and the only soldier whose body was brought home during the war. 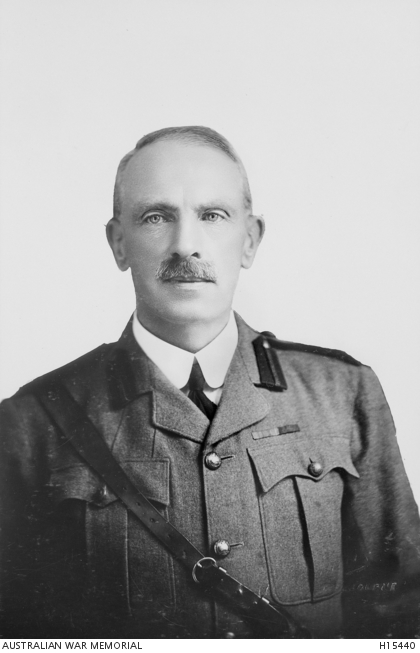