Dawn of the Legend: Roll of Honour

There was no opportunity in the first few days of the fighting at Anzac for units to compile lists of their dead. The total number of Australian casualties, killed and wounded, on the first day is estimated to be around 2,000. Many men died alone and unseen when Turkish counter-attacks overran their positions. Few of their bodies were ever recovered. 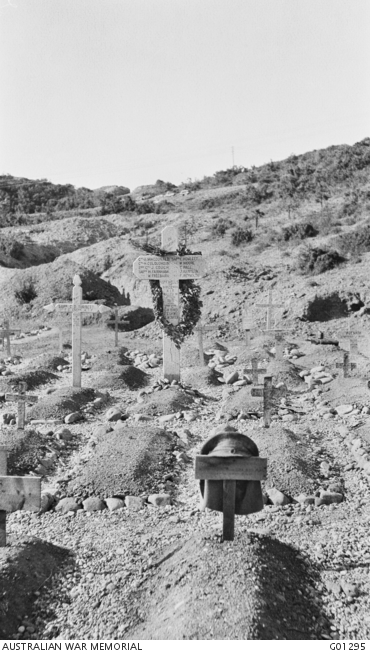 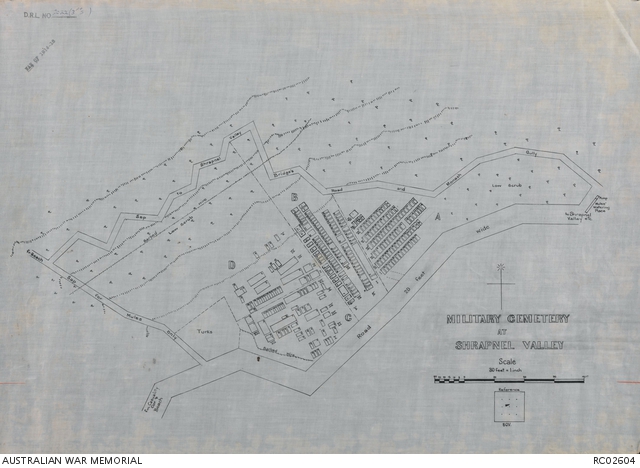 Anzac cemetery plan
Shrapnel Valley cemetery was established at the head of a valley near a major route to the frontline. The plan shows the layout of graves just before the evacuation in December 1915. Although there were a few post-war additions, the form of the cemetery remains much the same today. RC02604

Two brothers from Mildura joined the AIF. Frederick, the elder, left Australia with the original 8th Battalion. Edgar, who was just 18, followed two months later with the first reinforcements. They were together on 25 April 1915 when the battalion landed at ANZAC. Both were reported killed: Edgar was not seen after a Turkish counter-attack, and Frederick was shot through the head.

Curiously, a message in a bottle was found on a beach at Alexandria months later. It seemed to be from Edgar, saying that he had been taken prisoner, but this was never confirmed. His family held hopes, ultimately dashed by a Red Cross report: "We fear he is dead. He is only one of the many mysteries of that fatal landing at Gallipoli, when so many were killed and have never been found." 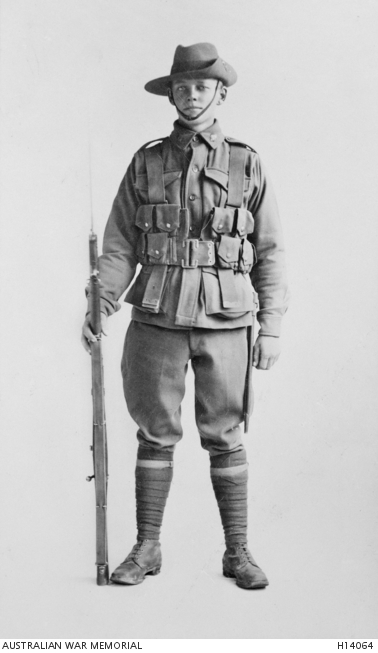 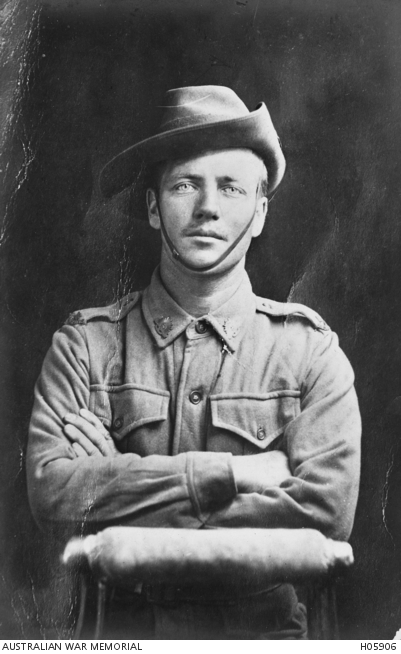 A 25-year-old infantry officer who had interrupted his medical studies at the University of Melbourne to join the AIF, Balfe was killed leading a company of the 6th Battalion at the landing. One of his corporals reported: "He was leading, and very keen. Two of his party came back and said he was killed, but could not bring his body back. We had to retire that evening." 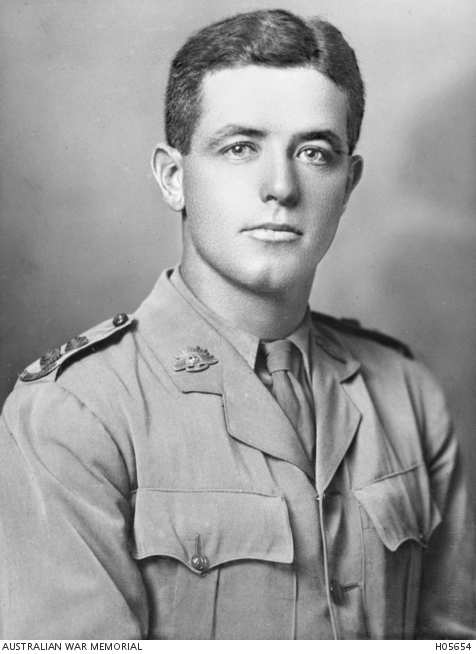 Barnett went ashore at ANZAC with Lieutenant Balfe of A Company, 6th Battalion. He advanced with a group of men from Shrapnel Gully until they were forced to take cover from Turkish machine-gun fire. Barnett was among those killed at this time. His brother served in the AIF for three years but died of illness before returning to Australia. 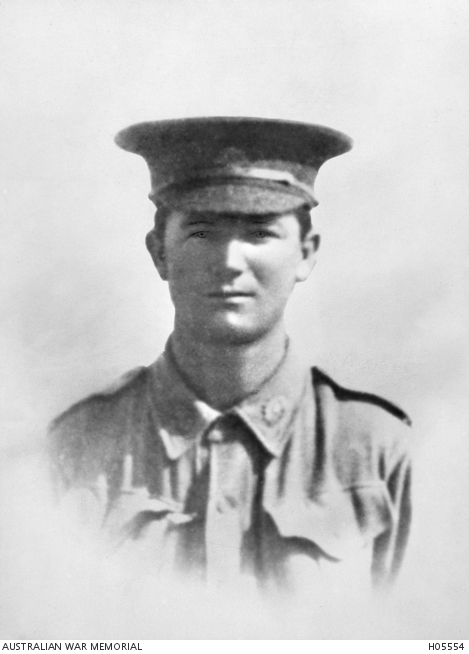 Bradley was a 19-year-old Tasmanian of the 12th Battalion and had landed at ANZAC with the covering force. He was one of those bold men who rushed up the slopes in the early dawn hours. He was last seen, having "pushed well ahead", trying to withhold the strong Turkish counter-attack later that morning. 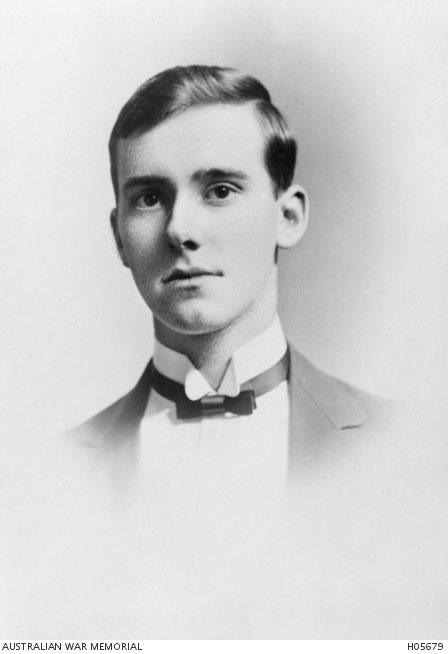 A 25-year-old farm labourer before joining the 7th Battalion, Ellefsen was reported missing on the first day of the landing. Only hours before going ashore he had written a letter to his father. "He stated that they had just received word … to be ready to land anytime." That would be the last word he received from his son.

Evans was 20 years old and one of the Tasmanians of the 12th Battalion, who landed at ANZAC from one of the Devanha's boats. He was soon reported missing, believed to have been killed. There were some later reported sightings of him, but an enquiry concluded that he had died in the heavy fighting in the hours following the landing. 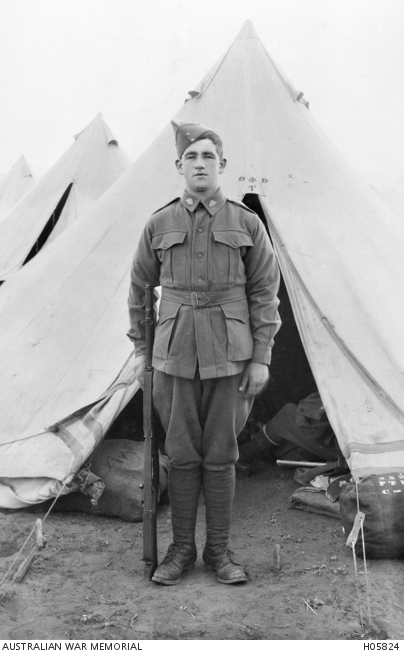 Educated at the University of Melbourne, Gillespie had served in the cadets and the University Rifles before the war. He was a 6th Battalion sergeant and landed at ANZAC from the troopship Galeka. Advancing on the second ridge, he had gone ahead to scout, but failed to return. Weeks later, during a brief armistice, his body was found and buried. 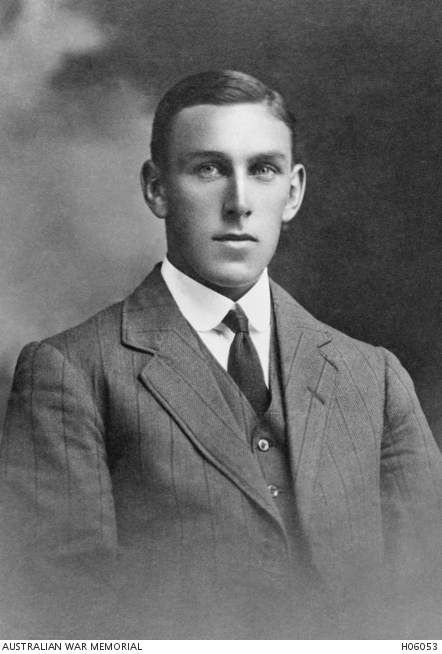 The son of an Adelaide church minister, 28-year-old John Gower enlisted in the 10th Battalion at the beginning of the war. He went ashore with the first wave at ANZAC and during the confused fighting that followed simply disappeared. His family had to bear the news that he died unseen, with no trace of him ever found. 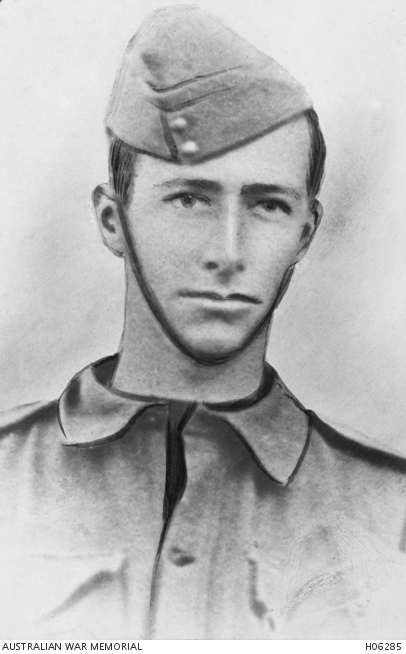 Charles Handcock of Myrrhee, Victoria, had eight sons serve in the war. Albert was killed at ANZAC on the first day of battle, while one of his brothers would later die on the last day of the war. Albert went ashore at ANZAC with the 7th Battalion and was killed; his body was never found. 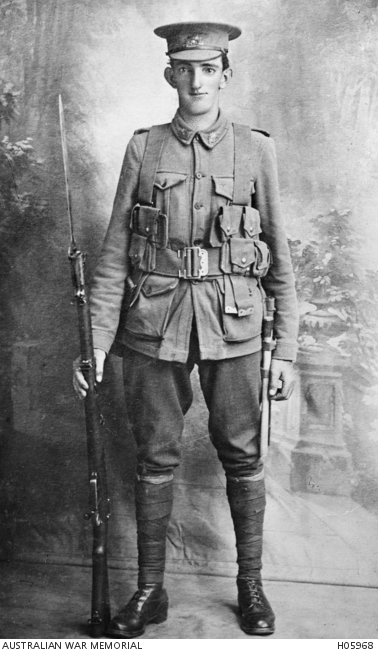 Young Hodgman grew up in Tasmania and served for a while in the local militia. He transferred to Melbourne with his job as a clerk. There he joined the 5th Battalion at the beginning of the war and was one of the early recruits to march out to the camp established at Broadmeadows. He was killed on the first day at ANZAC, aged 22, and is buried at Lone Pine. 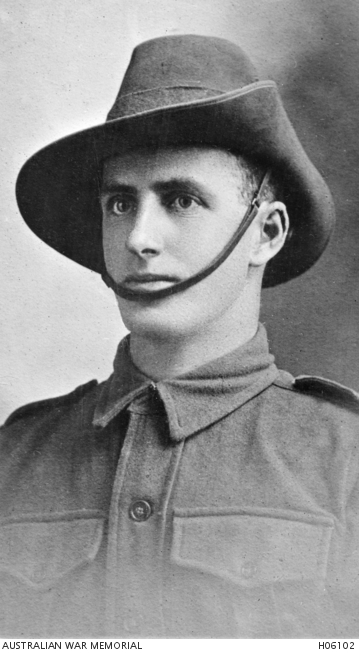 The grandson of an early Victorian pioneer, Hooke was a bank clerk and former lieutenant in the cadets at Bendigo. He enlisted as soon as the war began, and married shortly afterwards. Hooke landed with the main force at ANZAC as a sergeant in the 6th Battalion. He was seriously wounded and evacuated to the hospital carrier Seang Choon, but died on board. He was buried at sea. 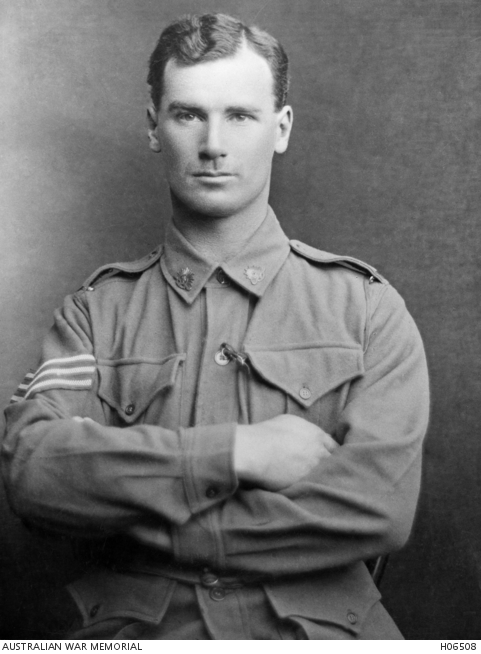 A stout man in his thirties, Humphreys had come to Australia from Scotland as a young boy. He landed at ANZAC with the 6th Battalion and took part in the fighting throughout the first day. Later that evening, he was mortally wounded by a round that had glanced off his bayonet. Others were withdrawing and he had to be left behind; he was not seen again. 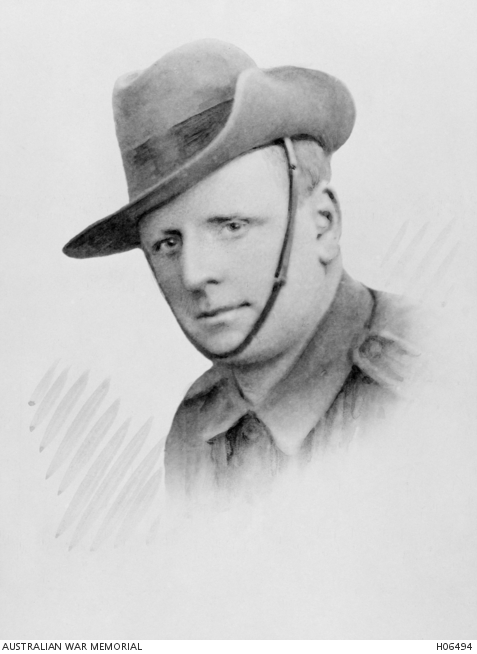 One of two brothers killed in the war, Alfred was an original member of the 9th Battalion. The unit was in the covering force and landed on the right flank at ANZAC. He was among the men who took the first ridge. Once there he was digging a pit for a machine-gun position when a shell landed and killed him outright.

Logan was a member of the 3rd Battalion. A comrade later said that he was hit by shrapnel while still going ashore in the boats. The mortally wounded soldier was taken on board the troopship Galeka where he died. He was buried at sea that night. 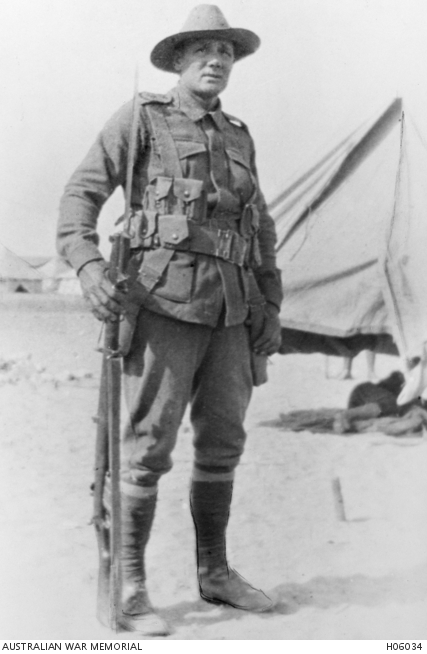 Fred Milgate went ashore at ANZAC with the 7th Battalion. He was last seen in the afternoon of the first day and is believed to have been killed during a Turkish counter-attack. He was 21. His younger brother Sydney enlisted not long after receiving news of Fred's death; he served on the Western Front and was killed in Belgium in 1917. 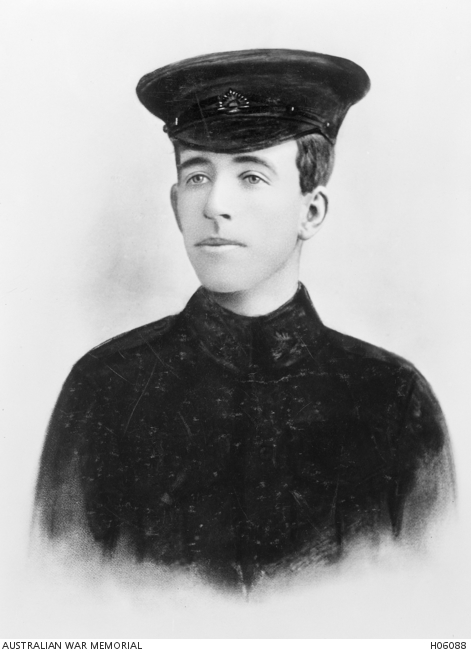 Twenty-two-year-old Peck was an original member of A Company, 6th Battalion. He was one of the unit's first casualties at Gallipoli. He had transferred from the troopship Galeka, but was killed getting to the shore. There is no record of his burial, and he remains listed among the "missing" at the landing. 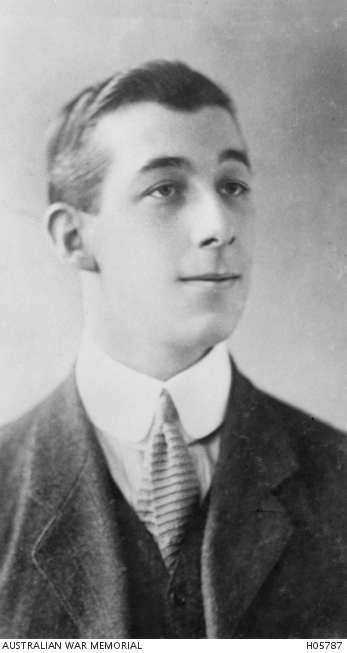 Formerly in the N.S.W. Scottish Rifles, Stratford landed at ANZAC with the 9th Battalion in the early dawn; there were claims that he was the first New South Welshman to get ashore. One report said he was killed attacking a Turkish machine-gun. His body was never found. 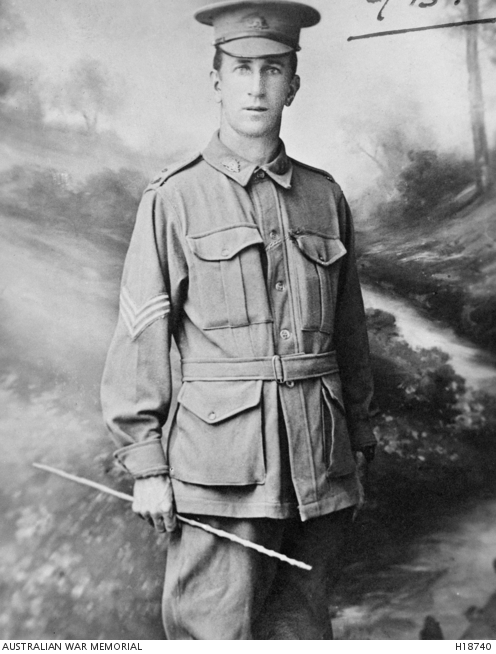