Dawn of the Legend: Eight months at Anzac

In the months following the landing, the legend of Anzac grew. When he received the AIF's first Victoria Cross, Corporal Albert Jacka joined General Bridges and Private John Simpson – "the man with the donkey" – as one of the early public heroes. He was conspicuously brave with rifle and bayonet when a concentrated Turkish attack was repulsed on 19 May.

In August the Australians and New Zealanders made fresh large-scale assaults on the enemy's lines. In a heroic action the Australians took ground at Lone Pine and won seven Victoria Crosses holding on to it. At the Nek and elsewhere light horsemen threw themselves against impenetrable defences, while other troops fought in vain to take the high ground; the New Zealanders gamely held Chunuk Bair hill for two days.

Steel nerves and courage were not just evident in battle. Places like Quinn's Post, where the opposing front lines almost met, were notoriously dangerous at any time, and even the beach area was repeatedly shelled. The enemy constantly threatened to attack; nowhere was safe.

In the end, at least the evacuation of Anzac was well-executed. This was depicted as a victory of sorts, with much credit given to Brigadier General Brudenell White for his scheme of taking off the troops over time while keeping activity in the trenches looking normal. Victory may have eluded them, but the Anzacs knew that they had established a great reputation as fighting men and their story was being told in every household at home. 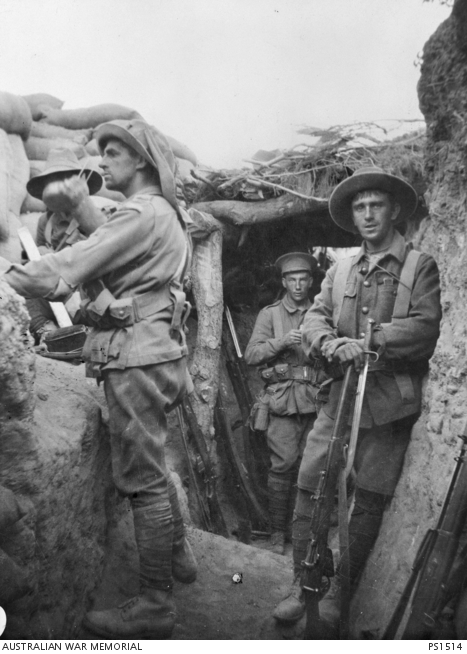 Turkish positions captured at Lone Pine
Australians captured Lone Pine on 6 August. Elsewhere a series of attacks that month failed to regain the initiative for the Anzacs; it was not possible to make any further progress. PS1514 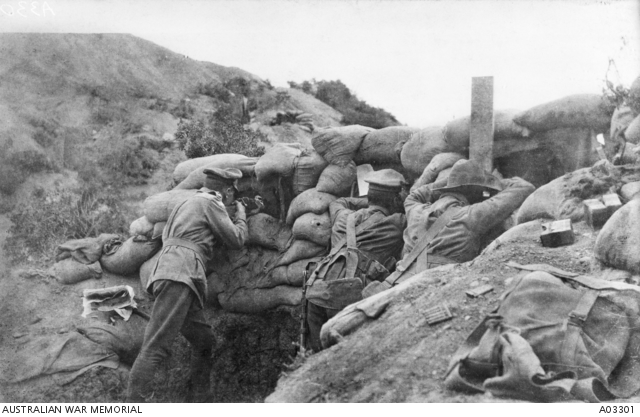 An Australian sniper and his spotters in the trenches A03301 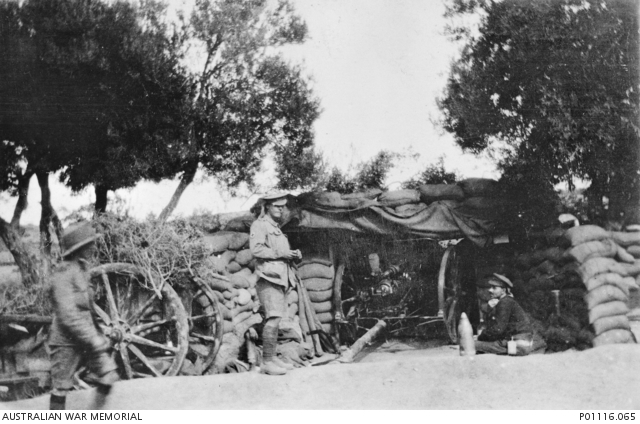