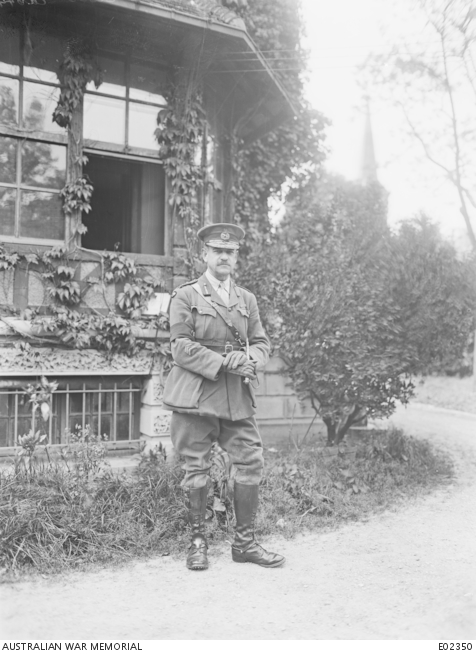 Sir John Monash.
At the beginning of the war Monash was a citizen soldier and a successful engineer. At its end he commanded the Australian Corps, and was laden with honours. He had been appointed Knight Grand Cross of the Order of St. Michael and St. George, and Knight Commander of the Bath. He was mentioned in despatches five times, and decorated by the French, Belgian, and American governments.

The only son of Jewish German-born parents, John Monash was born in West Melbourne in 1865. A gifted student, he embarked on a career in engineering and from 1887 was a part-time militia officer.

On the outbreak of war Monash was appointed to command the 4th Infantry Brigade. After the Gallipoli campaign he was promoted to command the new 3rd Australian Division, which took part in the fighting at Messines and the Passchendaele offensive in 1917. In early 1918 it faced the Germans on the Somme.

Monash displayed great military skills, a powerful intellect and inspiring leadership qualities. He impressed his own soldiers and higher command. In June 1918 he was promoted to lieutenant-general and appointed to command the Australian Corps. He led his Australians through a series of victorious actions until the end of the war.

By the 1920s Monash was probably regarded as the greatest living Australian. Despite being an administrator and leader, rather than a fighting soldier, he had become integral to the Anzac legend. He died in 1931.