Australians in Iraq 2003: The SAS in Iraq

The SAS in Iraq

In Afghanistan in 2002, the Special Air Service (SAS) had distinguished themselves in one of their core capabilities, conducting long-range reconnaissance. In Iraq the following year they were employed in a more directly combative role. Elements of 1st Squadron, SAS, entered Iraq on 18 March 2003, and may well have fired the first shots of the war.

In western Iraq, the SAS located and destroyed launch sites for Scud missiles that might have threatened either coalition forces or Israel. Closer to Baghdad, they were prepared to prevent any attempt to move missiles towards the west. Early in the war SAS troopers were fighting running battles with Iraqi soldiers, who tried to counter the Australians with machine-guns mounted on 4-wheel-drives. The SAS themselves employed machine-guns mounted on their own long-range patrol vehicles, along with rocket-propelled grenades and shoulder-mounted Javelin anti-tank missiles.

A notable success was the capture on 16 April of the vast Al Asad airbase west of Baghdad, near the Euphrates River. There were over 50 aircraft, many still airworthy, hidden in camouflaged shelters at the base. After capturing the airfield, the SAS troops repaired the runways sufficiently to allow coalition Hercules aircraft to use it. 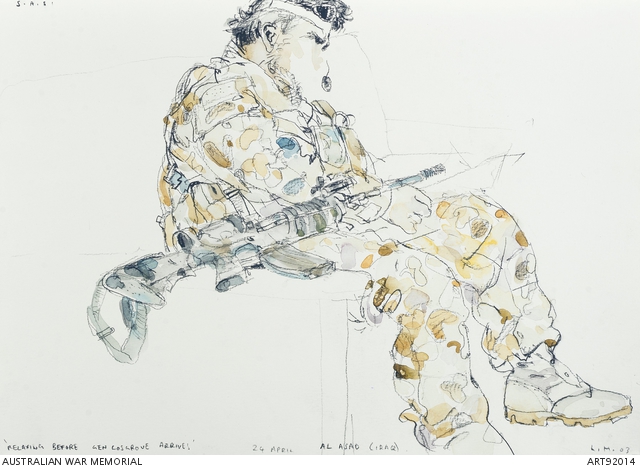 On the eve of ANZAC Day, an SAS trooper waits for the visit of the Hon. Robert Hill, Minister for Defence, and Lieutenant General Peter Cosgrove, Chief of the Defence Force, to Al Asad airbase. 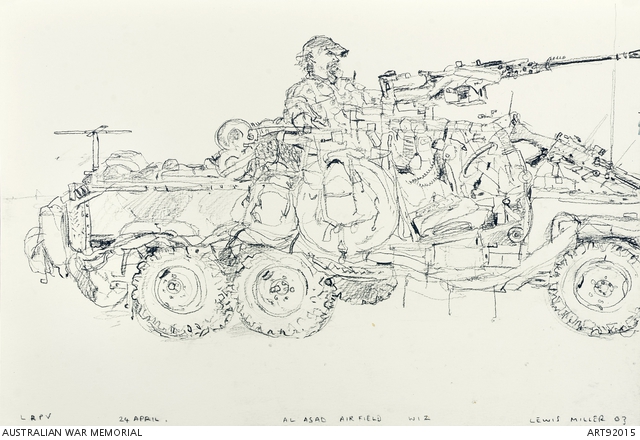 The SAS’s LRPV is an Australian developed, 6-wheel variant on a Land Rover. Six metres long, it has mounts for two machine-guns. Acting as a mobile base for patrolling, the LRPV gives the SAS considerable flexibility in its operations. 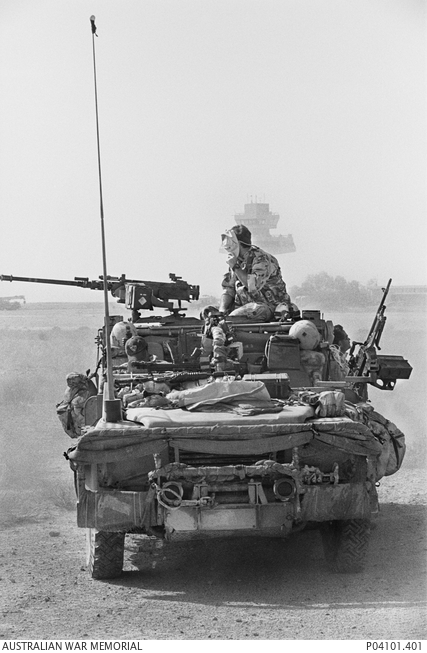 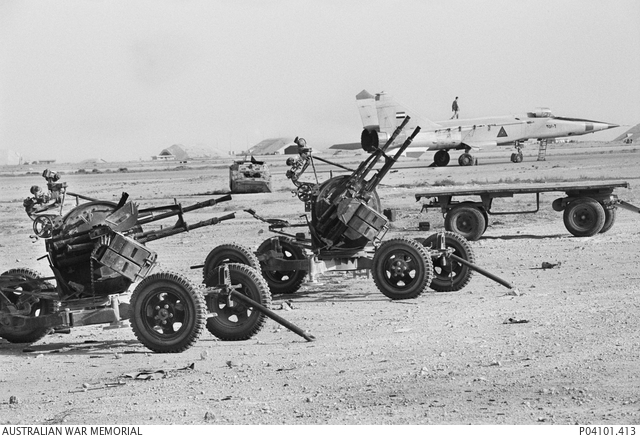 Iraqi equipment captured by the SAS at Al Asad airbase, 200 kilometres northwest of Baghdad, in April or May 2003. In the foreground are two ZU-23 23-millimetre light anti-aircraft guns. Behind them is a MiG-25 Foxbat aircraft.

When the SAS captured the giant Al Asad airbase, 200 kilometres northwest of Baghdad, on 16 April 2003, they found over 50 fighter aircraft, many undamaged (unlike this wrecked MiG-21 surrounded by spare engines). Well camouflaged, the aircraft at the base had escaped being targeted in the war. 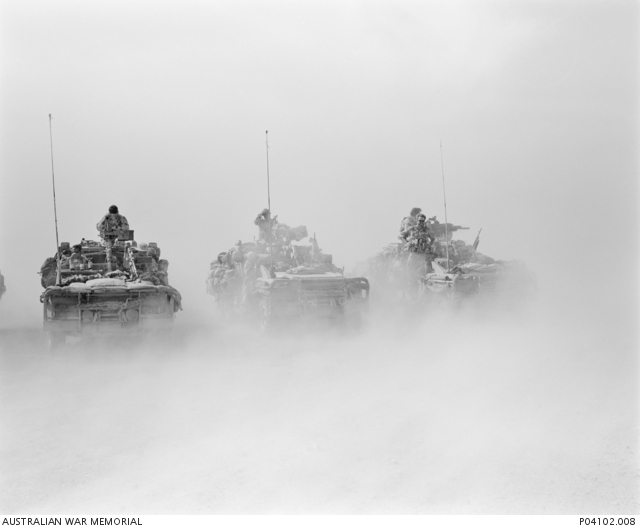 As the Hon. Robert Hill, Minister for Defence, takes off from a visit to Al Asad airbase in western Iraq in April 2003, three SAS long-range patrol vehicles are left enveloped in the dust thrown up by the Minister’s aircraft. 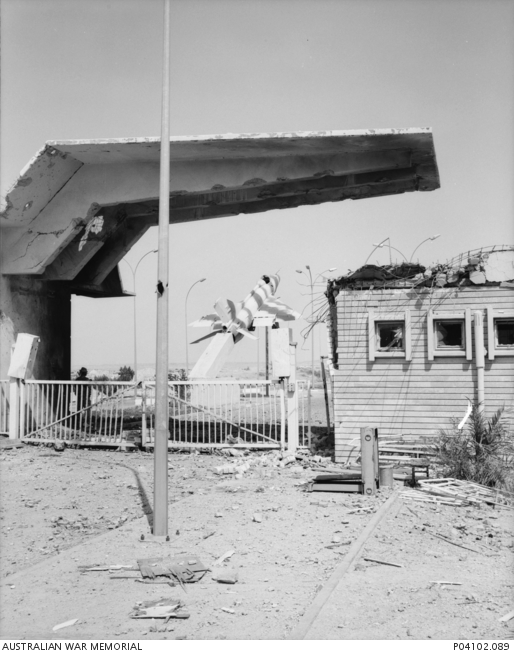 An entrance to the huge Al Asad airbase in western Iraq, in April or May 2003. The aircraft on the pole is a MiG- 21MF Fishbed fighter-bomber.