RAN clearance divers specialise in clearing sea-mines and other explosive objects in shallow water and coastal areas. Whenever they are deployed overseas in a combat zone, they form a unit called Clearance Diving Team 3, or CDT3. In March and April 1991, in the aftermath of the First Gulf War, CDT3 went into action for the first time since Vietnam. Twenty-three Australian divers cleared several Kuwaiti ports, a naval base, and a number of beaches.

From March to May 2003, 32 divers were deployed to the same region, this time operating in Iraq itself. One of their early tasks was clearing the port of Umm Qasr. Working in muddy water with zero visibility, they located a sunken minelayer with live sea-mines aboard. They also worked on land, checking port buildings for booby-traps and helping British commandos clear unexploded mortar rounds and rocket-propelled grenades from the town.

Later they moved north to clear another port at Khawr Az Zubayr and, demonstrating their versatility, also conducted mine clearance patrols on the Al Faw peninsula, along the shores of the Khawr ’Abd Allah waterway. Finally, the divers helped clear sea-mines, anti-submarine mortars, and other ordnance from a major storage area attached to the Iraqi navy’s mine warfare school. 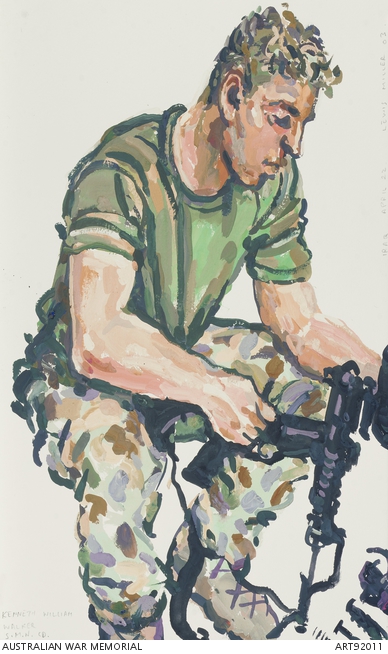 A mine?
Lewis Miller 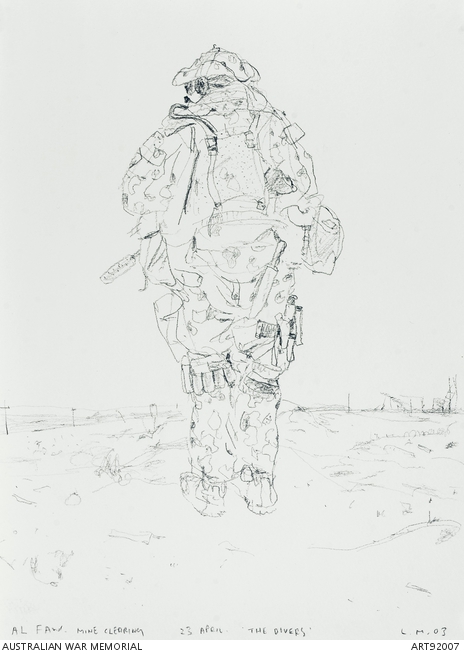 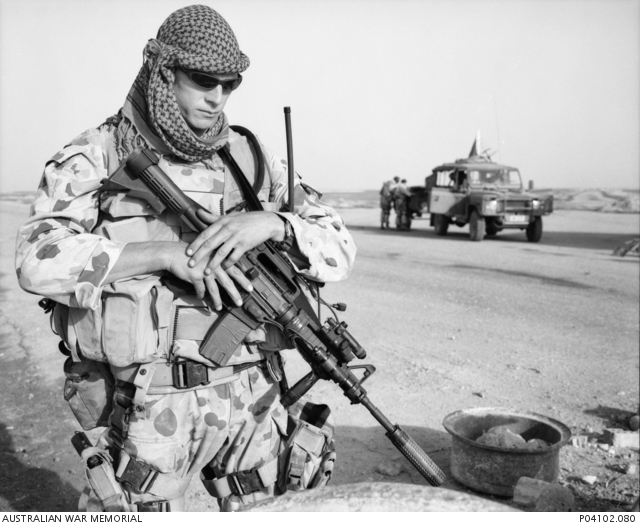 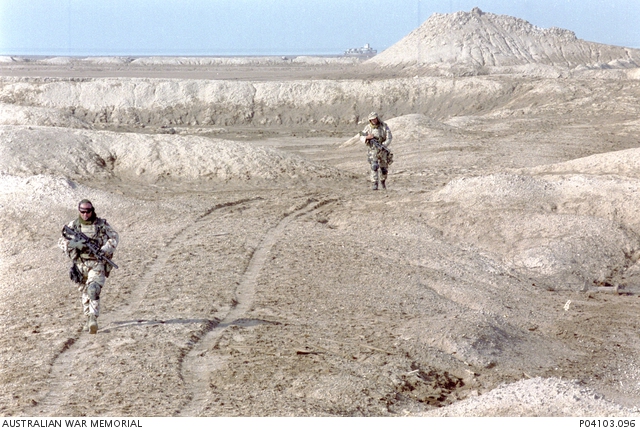