Australians in Iraq 2003: The RAN in the Persian Gulf

The RAN in the Persian Gulf

Since 1990, the RAN has regularly provided ships to the multinational Maritime Interception Force (MIF), enforcing UN sanctions on Iraqi trade through the Persian Gulf (and at times in the Red Sea). Before and after 11 September 2001, the MIF, led especially by Australian frigate HMAS Anzac, worked hard to tighten the blockade and stem the flow of smuggled oil coming out of Iraq. Enjoying robust rules of engagement, and able to operate in shallow waters, Anzac undertook night operations to intercept smugglers close to the mouth of the Khawr ’Abd Allah waterway.

After September 2001, the Australian presence in the MIF was increased to three ships. Since then Australians have regularly commanded the multinational operation, the first time the MIF has had non-American command. By 2003 the smuggling of oil (and dates, another lucrative cargo) had been largely curtailed.

During the Second Gulf War, Australian Captain Peter Jones commanded coalition naval operations in the northern Persian Gulf. Operations included surveillance and inspection of all shipping in the area, clearing the Khawr ’Abd Allah waterway, and naval gunfire support by HMAS Anzac in support of British forces ashore. In a notable success, coalition boarding parties based in HMAS Kanimbla seized three tugs and a barge preparing to lay sea-mines to attack coalition shipping. 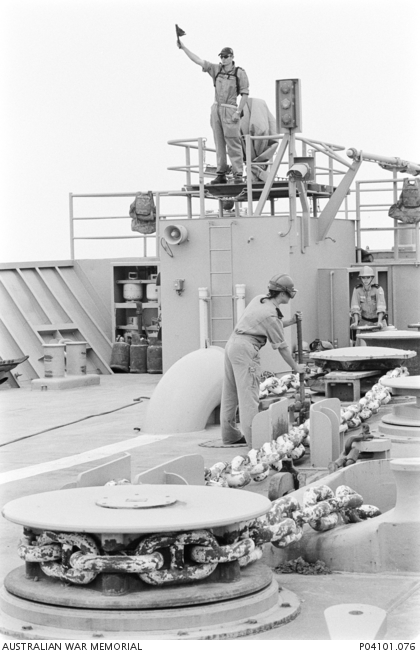 Two female crewmembers on HMAS Kanimbla help drop the anchor in the shallow waters of the Khawr ’Abd Allah waterway, at the far northern end of the Persian Gulf, in May 2003. 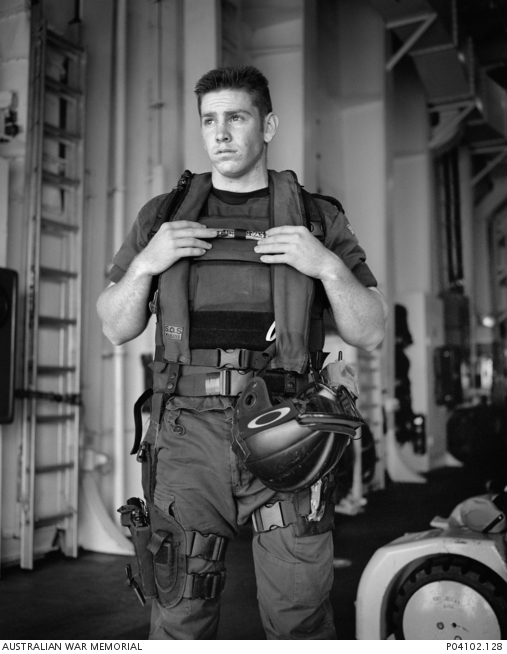 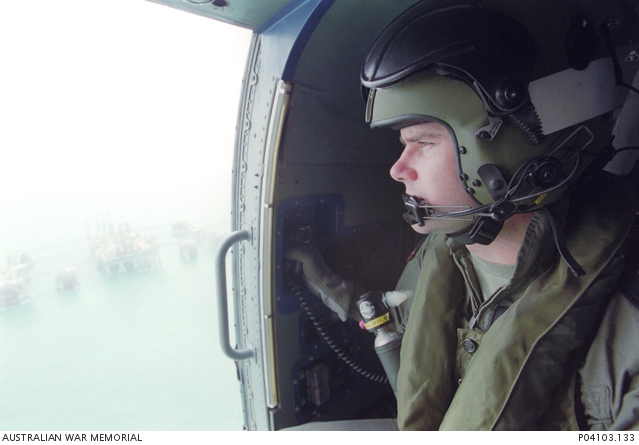 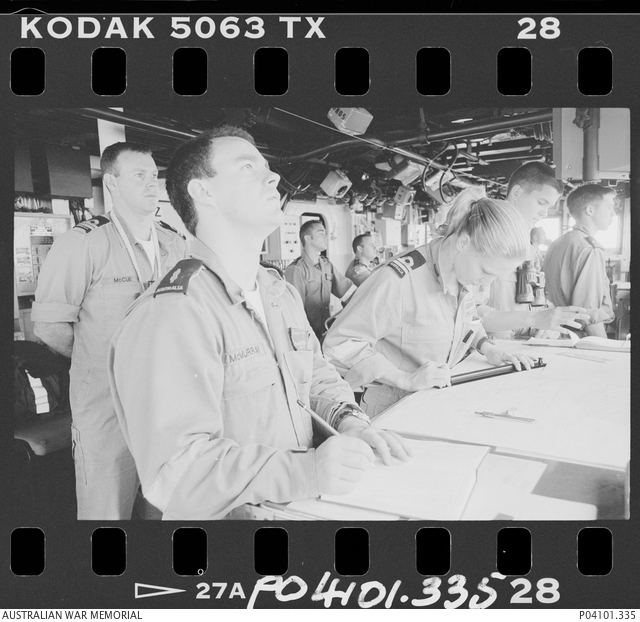 Crew members on the bridge of HMAS Kanimbla as it sails through the mine-infested waters of the Khawr ’Abd Allah waterway in April 2003. 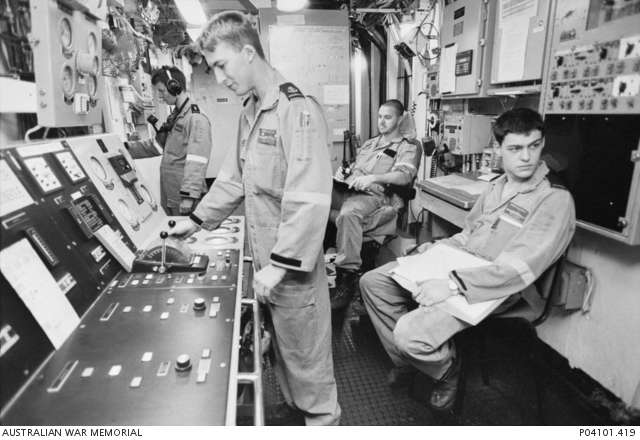 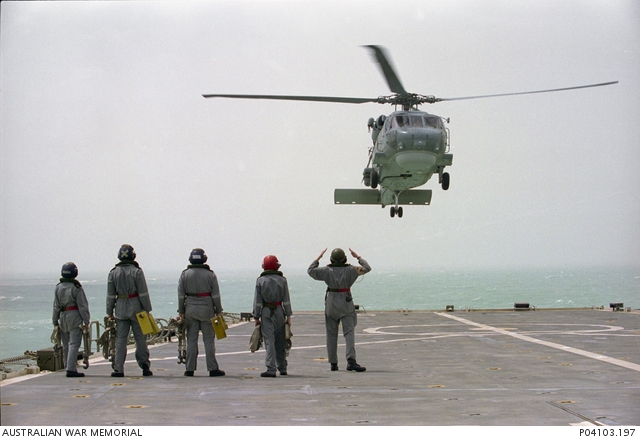 Crew on board HMAS Kanimbla await the arrival of a helicopter from HMAS Anzac, in April 2003. 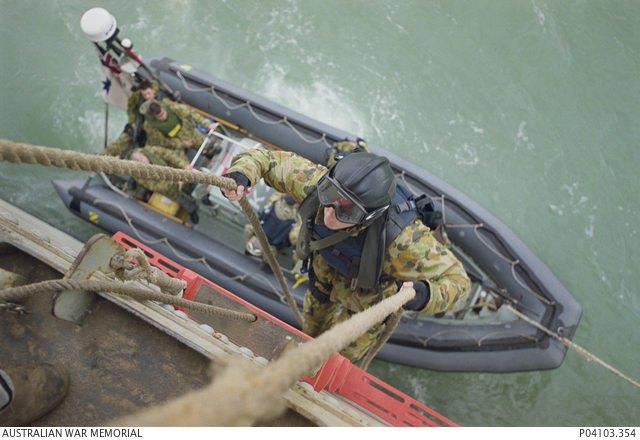 A member of a boarding party from HMAS Kanimbla climbs down into a rigid hulled inflatable boat (RHIB) in April 2003. Kanimbla was the base for numerous boarding operations: merchant ships and dhows left Iraqi waters as war approached, and other vessels attempted to lay sea mines.