This was the first operational four-engine heavy bomber in the RAF. At the time it was considered a modern giant, capable of reaching the most distant targets. An Australian Stirling pilot, Flight Sergeant R. H. Middleton, was awarded a posthumous Victoria Cross after a raid on Turin, Italy, in November 1942. The Stirling could not achieve the altitude or range of the Lancaster, and had a reduced bomber role as the war progressed. 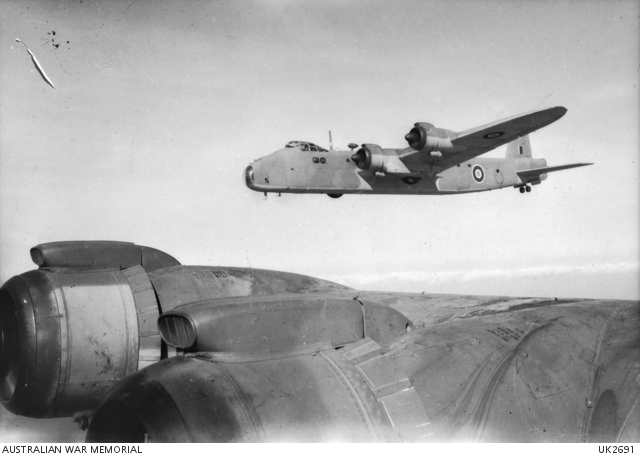 Stirling bomber aircraft of No. 46 Squadron RAF in flight.