Striking by Night - Messerschmitt Me 262

The twin-engined Messerschmitt Me 262 was the world’s first fully operational jet aircraft. With its speed and four 30-millimetre nose-mounted cannon, it was a formidable weapon and bombers were easy targets. Several Australian bombers recorded encounters with the jets; remarkably, an Australian Spitfire pilot shot one down. It was the decision to develop the aircraft as a fighter-bomber that delayed large-scale production and reduced its impact on the course of the war. The Allies also had a jet aircraft: the British introduced the Gloster Meteor before the end of the war. 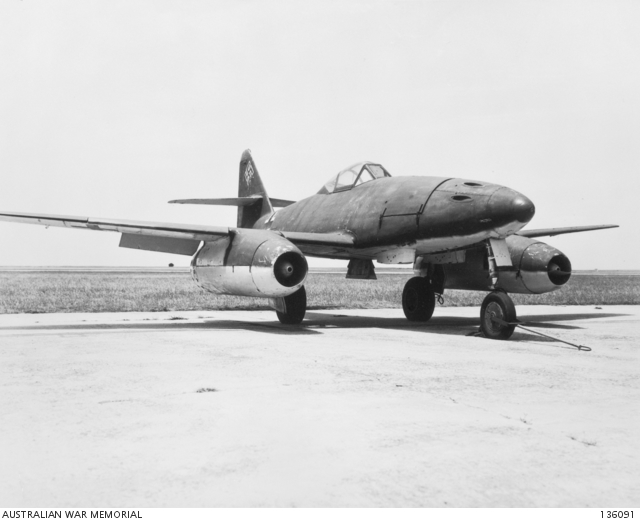