Striking by Night - Messerschmitt Me 163

It took a brave pilot to rocket skyward to a height above the Allied bomber formations, then to glide down among them, firing his cannon. The Me 163 was too fast for the bombers’ gunners to track, but its fuel load was a volatile mix that was deadly on contact and liable to explode. This rocket-propelled aircraft was unorthodox: its armament was too slow-firing for its speed, and it jettisoned its wheels on take-off, requiring it to land on a skid. There were many accidents, and it is even possible that the Me 163 killed more Germans than Allied airmen. However, the Me 163 showed that the Germans were prepared to try revolutionary ideas even as the war was going against them.

Messerschmitt Me 163B-1 Komet 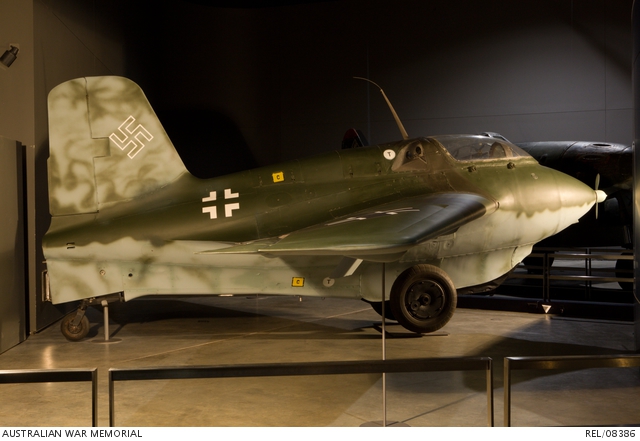 Messerschmitt Me 163B Komet Rocket Fighter in Anzac Hall