In the event of my death

On a midwinter afternoon on 7 January 1945 a Lancaster III bomber, "M for Mike" of No. 619 Squadron, took off from the squadron's base at Strubby in Lincolnshire, England. The aircraft was a part of a strike force of 645 Lancasters and nine DH Mosquitos setting off to bomb the German city of Munich. 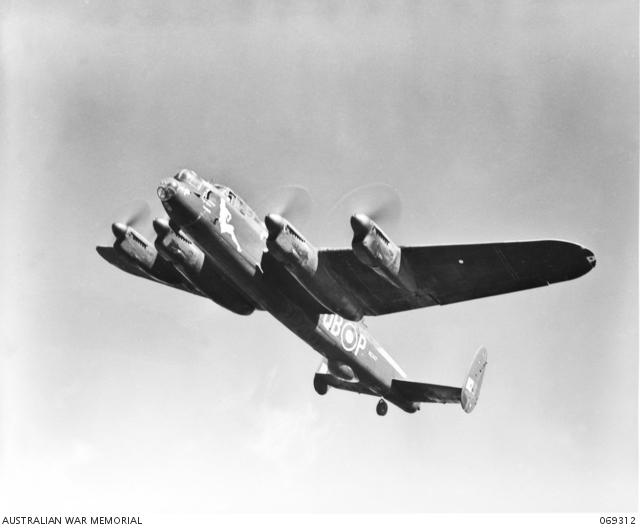 Like most aircraft in Bomber Command, it had a mixed nationality crew that included Flying Officer Colin Flockhart, the pilot, and Flight Sergeant Eric Smith from Australia. It was later observed that this bomber crew was notable, but not remarkable, in that it had an average age of just 21 years!

This operation was to be the last major bombing of Munich in the war. When it was over, the RAF claimed it had been a successful area raid with considerable damage inflicted on the central and industrial areas of the city. "M for Mike" evidently took part in the attack, but on the flight home, while over St Pierre in France, flying in poor weather, the aircraft was observed to disintegrate in the air. The Lancaster crashed and all on board were killed. The bodies were recovered and duly interred in the cemetery at Villenueve-St Georges, just 18 kilometres south of Paris.

The crew members of "M for Mike"had developed a strong bond, possibly greater because of their youth. In letters to their families they had written of their shared experiences. Their parents knew the names of the others, and recognised their common grief. The mother of one of the English lads, Flight Sergeant Tony Murdoch RAF, wrote to Flockhart's mother in Australia in a manner not unusual among those who suffered wartime loss:

I have often thought of you and more especially on the anniversary of our sons' deaths. My son … had a very high opinion of your son, Colin, both from the point of view of character and his abilities as a pilot, and had every confidence in him.

Colin Flockhart's mother bore her loss with great sorrow and courage, but it was too much for his father, who, as others in the family saw, never got over it. He had been a son to be proud of – intelligent, active, and caring. Only a month before his death, knowing the dangers of his work, he had addressed a letter to "my loved ones at home" with the pencilled instruction on the envelope that it was "to be posted in the event of my death".

When Colin Flockhart's aircraft failed to return from the January raid his letter was duly sent to his grieving parents. It was read, kept, and survives to this day, a voice from one of the tens of thousands who died during the Second World War.

Letters like this are scarce. Servicemen rarely expressed their full emotions in letters home during the war. Perhaps they were less sentimental in their words than those of the earlier generation who fought in the Great War and, anyway, the censor made it difficult. Then, too, there was the thought that they did not want to cause worry at home. It was particularly rare to write of death, even for those facing great danger. Servicemen flying in Bomber Command were said to be the most superstitious, and many felt that to talk or write about death or danger was to tempt fate, or at least bring forth a string of morbid thoughts, anxiety or depression.

Colin Flockhart knew his letter would be read only after his death, as is clear from the following extract:

Being in a rather sentimental mood to-night I have decided to do something that I meant to do for a long time – to record some impressions so that, if, by some chance, I should not finish my tour, you will know just how I feel about things and it may help to ease the suffering and sorrow you will endure at my loss.

First of all let me say that I have enjoyed my Air Force service as I have enjoyed no other years of my life and I have been completely happy the whole time. I have travelled, made friendships and shared experiences which will stand me in good stead all my life, which otherwise I would probably never had the opportunity of doing.

This war was inevitable and I could never have been content unless I did my share, so never regret having given me your consent to enlist. I have been very proud to wear my uniform and have always striven to bring credit to the service as a whole.

I believe in the cause for which we are fighting and I am equally sure that our actions are justified in the eyes of God. My faith in God never wavers. I shall not be afraid because my heart is at ease.

I love you all very dearly. Please don't think I'm pessimistic but I do realise what the odds are and I have seen too many of my friends pass on without leaving any words of hope or encouragement behind. Cheerio and keep smiling though your hearts are breaking.

Colin Flockhart was only 20 years old. He had attended Fort Street Boys School, Sydney, completed his accountancy studies, and was a clerk with the Commonwealth Bank before joining the RAAF as soon as he was old enough. His parents had to give their consent. He qualified as a pilot in Australia in 1942, and in the following year he sailed to England for operational training. 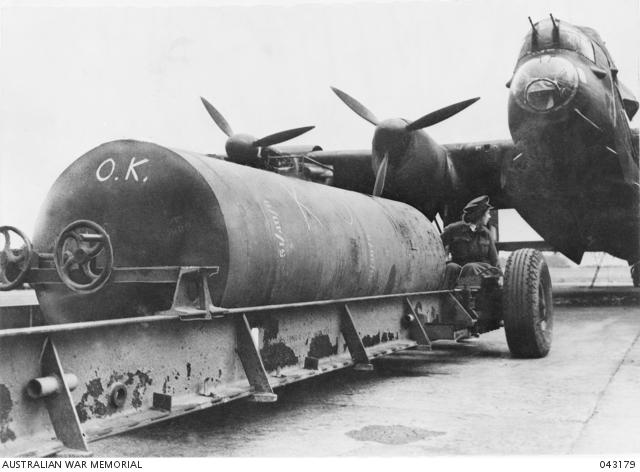 Many young men from Australia had preceded Flockhart into Bomber Command. The number rose to their peak during the time he was flying operations. In addition to almost 1,000 who were with the four Australian bomber squadrons, there were almost 1,500 who, like Flockhart, were serving in RAF squadrons. A very high proportion of these Australians were pilots.

Flockhart saw the dangers. The loss rate in Bomber Command was exceptionally high, and Australian battle losses would eventually exceed 3,000 aircrew; many others died on non-operational flights and in training. While only a tiny proportion of Australia's servicemen (2%) served in Bomber Command their losses represented 20% of all combat deaths. Even as the Allies took control in Europe following the invasions of mid-1944, flying in bombers was dangerous work. During eight-hour round trips aircraft had to face fighter aircraft, searchlights, radar and anti-aircraft fire. Night-flying was particularly hazardous, with the ever-present extra worry of limited visibility, mid-air collisions and bombs falling from aircraft above.

A familiar sight to Bomber Command crews during operations over Germany. The target is aflame and largely obscured by smoke. C278563

In some respects Colin Flockhart was an exceptional young man. In others, he can be seen as typical of those who left Australia to man the four-engine bombers that took the fighting into Germany itself. A friend who worked with Flockhart before the war, and who had become an officer in the Navy, wrote of his service, and of those in Bomber Command: "Truly are our friends with the wings [badge] over their breast pockets the bravest of the brave." It is the service of these men that the new exhibition at the Australian War Memorial will remember.

Peter Burness is Senior Curator of Military Heraldry and Technology, Australian War Memorial. He is leading the team to develop the Memorial's new exhibition on the air war in Europe.