Soldier snaps on the Western Front

The end result was a book that is organised on two thematic axes. On the one hand, I have tried to run together the Australian experience of war and the story of the camera at war, in order to clarify, as best I can, what it is that we are looking at when we pour over these wonderful, intriguing, remarkable images. I took the view that it was important to know something about who was taking the photographs and why.

On the other hand, I have tried to sort out the special, distinctive qualities of both the official photographs that appear in the book and the work of the soldierphotographers. Not only was the soldiers' photographic work unauthorised – it was illegal. That alone makes the genre quite distinctive.

Thousands of Australian soldiers took a camera to war. Their departure for Gallipoli and then France was in time for the taking of mass-produced Kodak Vest Pocket cameras – so perfect for the job that the company marketed the camera with lines like "you can load it much as you load a rifle".

But, by the time Australian soldiers were on the Western Front all cameras for personal use were banned – they endangered security and they diverted fighting men from their tasks. The surviving record of soldier photographs suggests many soldiers ignored the ban and kept "snapping". Soldiers took photographs contrary to orders; they smuggled out rolls of film and they got new film by equally tricky means. Photography was another defiant "lark". It was also part of the soldiers' tourist expectations – the quid pro quo for risking life and limb on the battlefield. And it was a vital link with home. In The Western Front 1916–1918, I've tried to develop this last point in particular because this was a fundamental difference between official photography and soldier-photography.

The official photographers were making a record of AIF achievement for the nation and for posterity. But the fighting men with cameras – and there were thousands of them – were not doing this. The soldierphotographers compiled a very personal record of travel, mateship and life on the battlefield. Their imagined audience was not the nation but the mates in the battalion and the family or other loved ones at home. The end result is a genre with purpose and meaning all of its own.

An Australian official photograph of American dead laid out near Gillemont Farm, October 1918.This is a digitally combined panorama made up of three separate images.  Collection Item C398691 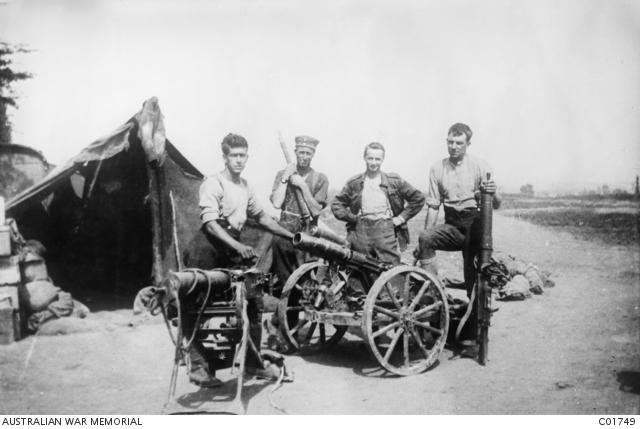 Four unidentified gunners pose with some German weapons captured by the 13th Battalion during the battle of Hamel on 4 July 1918. Collection Item C1010486 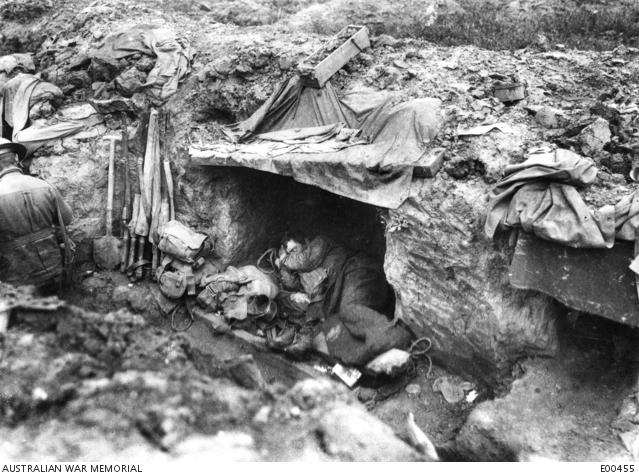 An Australian asleep in the second line of trenches during the fighting for Bullecourt, May 1917.  Collection item C54538 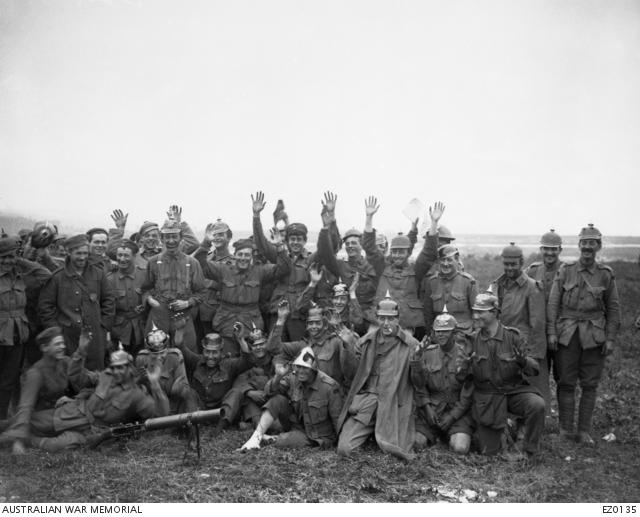 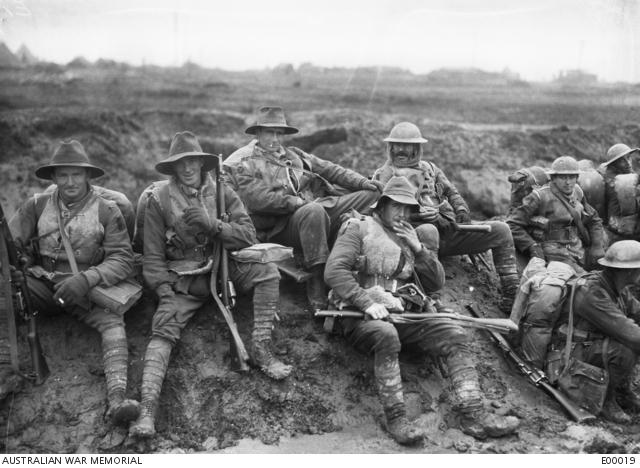 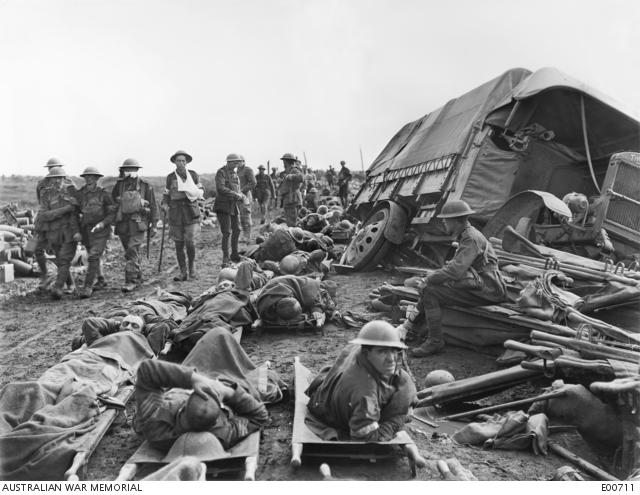 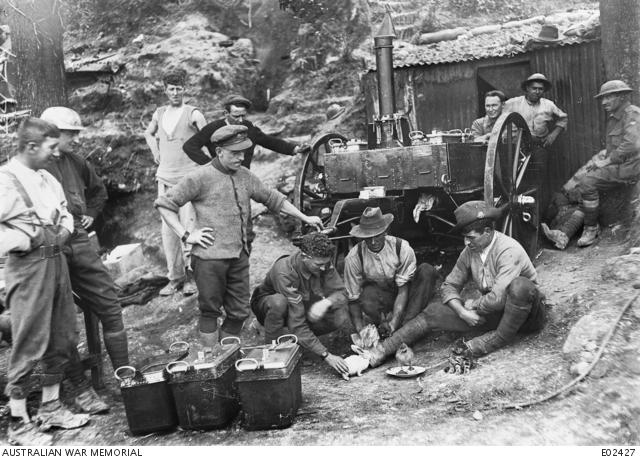 Men of the 27th Battalion with their "souvenired" pets.  Collection item: C358148

Peter Cochrane is the author of many books, including a biography of John Kirkpatrick Simpson.