Digging hallowed ground: The story of the archaelogical excavation at Fromelles 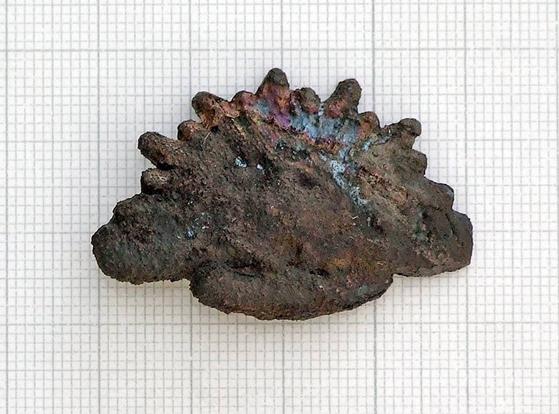 A great deal of time and effort has been expended in the historical research which underpins the search for the “missing of Fromelles”. The result of these essential labours, in Australia, Britain and Germany, is a very impressive portfolio of information, enough to establish beyond reasonable doubt that the German army buried Australian and British soldiers in the field adjacent to Pheasant Wood. What the research did not bring to light was any evidence that the bodies had been recovered after the war. But as archaeologists are fond of saying, “absence of evidence is not necessarily evidence of absence”. The only way to establish whether or not the graves remained undisturbed was through archaeology. It was at this stage that a team from Glasgow University Archaeological Research Division (GUARD),specialising in battlefield investigation, and led by myself, entered the story.

Commissioned by the Australian Army, our first task was to glean as much information from the site as possible without resorting to excavation, in a process known as non-invasive evaluation. Key to the success of this operation was its multi-faceted approach, which included analysis of aerial photographs, topographic survey, geophysical survey and metal detector survey (digging small, shallow holes to recover metal objects in the topsoil).

From an archaeologist’s perspective, some of the most important pieces of the puzzle are the aerial photographs which show the ground around Pheasant Wood in the days, months and years following the bloody events of 19–20 July 1916. A photograph taken from a British plane on 29 July clearly shows eight pits, dug in two parallel lines just behind the wood. By this time, five of these pits had been backfilled, presumably to cover the bodies placed in them. Other photographs, the last of which was taken in September 1918, show that three pits remained open until the end of the war – or so it was thought.

But detailed examination of these aerial photographs suggested that the west end of a sixth pit was also backfilled at roughly the same time, probably after being used for “overspill burials” – bodies which may have been recovered after the other five pits were backfilled.

This analysis was supported by the initial fieldwork, which took place in 2007. A detailed topographic survey was made of the grassy field, giving us a plan of the subtle humps and bumps which are the only surface evidence for the pits. Several geophysical survey techniques were used to scan the ground in the hope of identifying some trace of the pits beneath the surface. We were keen to test a hypothesis that if the bodies had been recovered after the war, the pits would probably have been extended in size. Recovery parties were likely to have dug over and disturbed a greater area than the pits themselves, which by then would have been hard to see.

Despite difficult ground conditions – with the heavy clays giving a poor geophysical signature – some very slight trace of the pits was detected, with no evidence they had been later disturbed. The survey also suggested that the bottom of the pits sat between two and two-and-a-half metres below the present ground surface, and that the soil at that depth was very wet. The metal detector survey resulted in the recovery of the usual debris of war to be found in any field in Flanders (shrapnel balls, shell fragments, bullets), but two objects in particular grabbed our attention. These were medallions presented to Australian troops when they volunteered for service, one of them bearing the letters AIF (Australian Imperial Force) and the other, ANZAC (Australian and New Zealand Army Corps). These were found just a few inches below the surface, directly beside pits 1 and 2.

These finds were the first concrete evidence that Australians had been buried on the site. The battle had been fought over a kilometre to the north, and the only way that Australian soldiers with these medallions could have reached Pheasant Wood was, alas, as dead bodies. These objects did not tell us whether or not the bodies were still there, buried beneath our feet – but they were enough, along with the other evidence, to tip the scales of probability.

The next phase of the operation was a limited excavation and so, in late May 2008, a specialist team, including forensic anthropologists and archaeologists, began three weeks’ work on the site. The aim was to establish beyond all doubt whether the bodies were still present in the pits, and if so, to make an assessment of their numbers and the nationalities present. Also to be assessed was the condition of the remains, the potential
for the identification of individuals and the potential for the removal of individual remains for re-burial. At this stage, no remains were to be removed from the pits. If bodies were absent, then each of the pits would have to be entirely emptied of soil in order to verify that the recovery party had not inadvertently left some bodies behind. Either way it was a daunting task.

The most nerve-racking part of this complex operation was undoubtedly the first couple of hours of the project. The first day of any excavation is an unknown quantity, with glitches and teething troubles usually taking up precious time before the team and the site settle in together. At Fromelles, with the world’s press looking on, there was no room for any of this. At 9.30 am precisely, the bucket on the small mechanical excavator removed the first scoop of topsoil as cameras of all sorts flashed and whirred. It’s tempting in retrospect to say I was totally confident that the graves were intact, but there was no way of knowing. Given all the planning and expense involved, if the bodies were absent, there’s little doubt that as lead archaeologist I would be left with egg on my chin. I was a very nervous man when, for the first hour or so, as the machine removed topsoil in a long strip across the site, I could see no sign of any archaeological features, let alone traces of undisturbed pits. But then, there it was – the tell-tale change in soil colour which we had been looking for. The orange-brown clay gave way to a strip of lighter material with blotches of blue clay mixed in with it. The blue clay had been dug out and brought up to the surface from deeper levels. We had found the first backfilled pit. Confidence grew further when, with careful cleaning, the edges of the pit were found to be neat and straight – a clear indication that they had not been disturbed. With a shallow trench cut across the tops of pits 5 and 6, the next stage was to dig into them.

This was done by carefully excavating a small trial trench by hand through the fills of the pits, which proved to be sticky and generally difficult to dig. We started with pit 5 and had gone down about a metre when we were confronted with the sickly sweet smell of decay. During the morning of the second day the first human remains were exposed, at a depth of around 1.2 metres. As the day progressed, similar trial trenches in the other pits also revealed bones. Human remains were present in all of the pits in which we expected to find them. Our inescapable sense of relief was tempered by the daunting realisation that an emotionally draining and very intense three weeks lay ahead of us.

Over the next few days the full-sized trial trenches were opened up. Each of these was 1.5 to two metres long, making a sample of 15 to 20 per cent of the length of the pits (which were each around 10 metres long and 1.5 metres wide). Bodies, in the form of well-preserved skeletons, were first encountered in pits 5 and 3, then in 4, 2 and 1. The wet conditions, which prevailed in some pits to a greater extent than in others, had preserved clothing and other items of equipment. In pit 2 the bodies of two men lay side by side, sharing the same German ground sheet which had been used to place them, apparently with some care, into the pit. They were wearing their 1908 Pattern webbing with all the bullets still in their pouches. Both exhibited the terrible wounds born of battle.

In pit 5 the picture was just as stark, with one man lying spread-eagled on his back, his head thrown back. Two other bodies lay across his waist, pressed tight up against the side of the pit.

Each pit had its own story to tell, all of them tragic. Most of us had worked on crime scenes, mass disasters or mass graves before, but this was unique – a glimpse into the horrors of the First World War. Until now our experience of it had been limited to written accounts, old photographs and grainy film footage. Here, at the tips of our trowels, was the grim reality of war. Gaille MacKinnon, the team’s lead anthropologist, took charge of the examination of the remains while the work of exposure continued.

Pits 1 to 5 contained two layers of bodies, separated by a thin layer of soil and quicklime. In pit 4, which was particularly sticky and unpleasant, two “Rising Sun” badges were recovered, more evidence that Australians were present.

Evidence for British dead followed soon after, with the discovery of General Service Buttons in pits 4 and 3. The accuracy of our earlier assessment was confirmed when a trial trench cut across the west end of pit 6 exposed a small pile of disarticulated leg bones in the base – as suggested in the first report, this end of the pit had indeed been used to accommodate overspill remains.

By the middle of week three, the remains of no less than 50 individuals had been encountered in the six small trial trenches; as suspected, the other pits (most of pit 6,and pits 7 and 8) were empty. Given this large number and the two-tier arrangement of the burials, it seems highly likely that the pits hold the 400 bodies noted in the German burial orders. It is incredible to think that they have lain here, overlooked, for almost a century.

Since the completion of the project, the Australian and British governments have announced their intention to have the bodies removed and reburied individually in a new cemetery. Having spent three weeks in close contact with these men, my team and I know that this is the right decision.