In March 1941, Department of Information (DoI) photographer George Silk was aboard HMAS Perth as it patrolled around Malta when the cruiser was diverted to Alexandria to embark Australian, English and Palestinian troops to be deployed to Greece. Silk’s cinematographer colleague Damien Parer had already left for Greece, so Silk – usually a stills photographer  – captured footage of the journey with the small resource of film he had available. The operation to move Allied troops to Greece was, Silk noted, “terribly secret” and his film should not be shown until the Middle East censor approved. 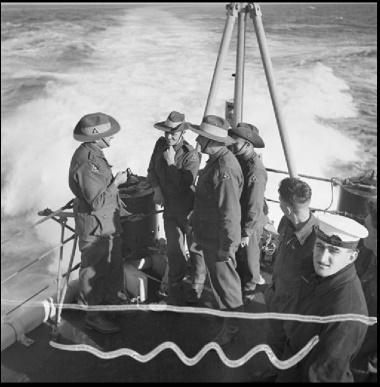 “I took general stuff … with the idea of getting some sort of enemy action as a climax … the enemy stayed well away, that made it awkward!” Silk wrote. The footage captures a convivial and upbeat atmosphere aboard the Perth, with many thumbs-up directed at Silk’s lens, and the troops in good spirits. It shows Army and Navy personnel getting on well, sharing a telescope and enjoying a demonstration of the ship’s artillery. The film conveys a sense of travelling at speed at sea, vibration proving a challenge for Silk’s camera (“we were travelling at thirty knots mostly”) as well as views of the Perth in its camouflage paint, and the Royal Navy’s HMS Ajax. Australian troops are shown disembarking on Greek soil, probably at Piraeus Harbour in Athens: “the first to go to Greece!” as Silk gleefully reported. 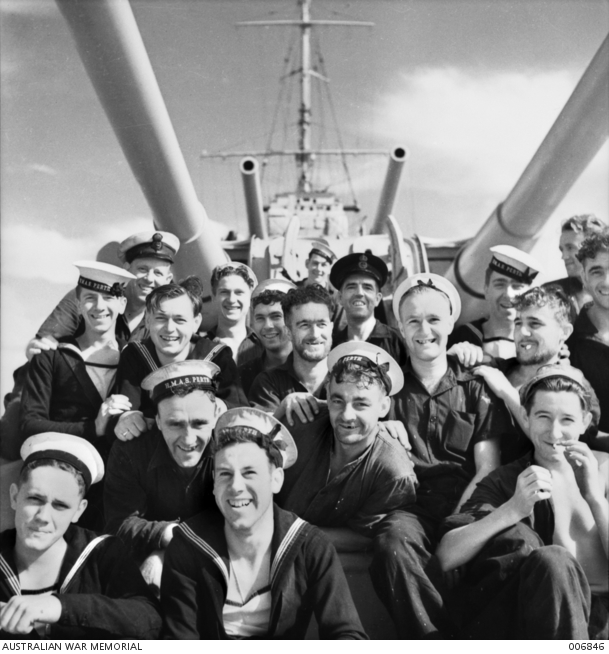 Soldiers and sailors aboard Perth, March 1941.

But the action Silk missed at sea would come on land all too soon. In only a few weeks Germany’s invasion of Greece and Yugoslavia began with the bombing of Piraeus Harbour on the night of 6 April 1941 (see p. x). Britain had guaranteed to support Greece if it was attacked, but the Allies’ Greek campaign was poorly planned, with disastrous results. Allied troops were outnumbered and on the back foot; they were forced to retreat and some 50,000 personnel were evacuated by sea over five nights. In this operation HMAS Perth was badly damaged by air attacks. More significantly, about 39 per cent of the Australians in Greece on 6 April 1941 were either killed, wounded or became prisoners of war. Silk and Parer themselves experienced several near misses on their hasty retreat from the Greek inland; they were evacuated from Piraeus just half an hour before its destruction by aerial bombardment. 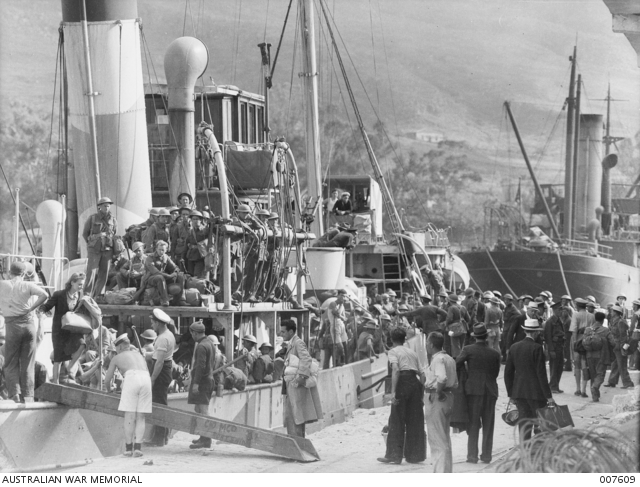 When Silk shot his optimistic and light-hearted footage, the Pacific War had not yet begun. Almost a year later, Perth, now under Captain Hector Waller, had been refitted and sent to defend the Netherlands East Indies. In the battle of Sunda Strait Perth and the USS Houston were sunk, on 1 March 1942. Of Perth’s company of 680 men, 357 were killed, including Hec Waller. A further 320 were taken prisoner by the Japanese; 105 of those died in captivity and the rest remained prisoners of war for the duration of the conflict. George Silk’s film can be seen below, under accession number F01235.

Watch the Anzacs leave for Greece