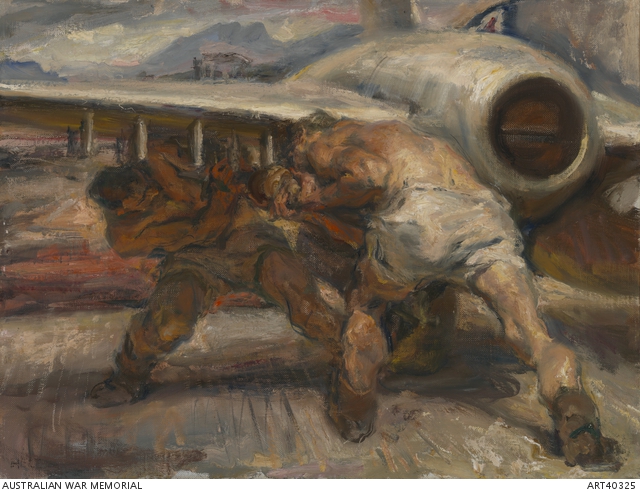 Two civilian artists were appointed during this war. Unlike earlier commissions, both were required to undergo jungle warfare training and expected to perform as active soldiers if necessary.

With the deployment of Australian troops to East Timor in 1999, the largest overseas commitment since the Vietnam War, the Memorial saw an opportunity to revive the Official War Art Scheme and commissioned artists to record all aspects of Australia’s involvement in the INTERFET peacekeeping operations. Two commissions were realised in 1999, Rick Amor followed by Wendy Sharpe; and a third artist, Jon Cattapan, 2008. 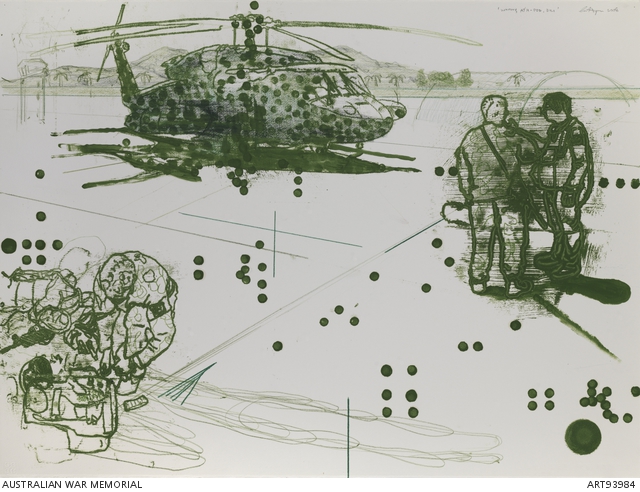 In 2003 Lewis Miller was appointed to depict Australia's involvement in the conflict in Iraq.

The following artists work collaboratively and were appointed as official artists for Afghanistan and Iraq in 2007. They were attached to military bases in Kuwait, Bahrain, Iraq, and Afghanistan to record and interpret the training, logistical and operational activities of the ADF personnel. 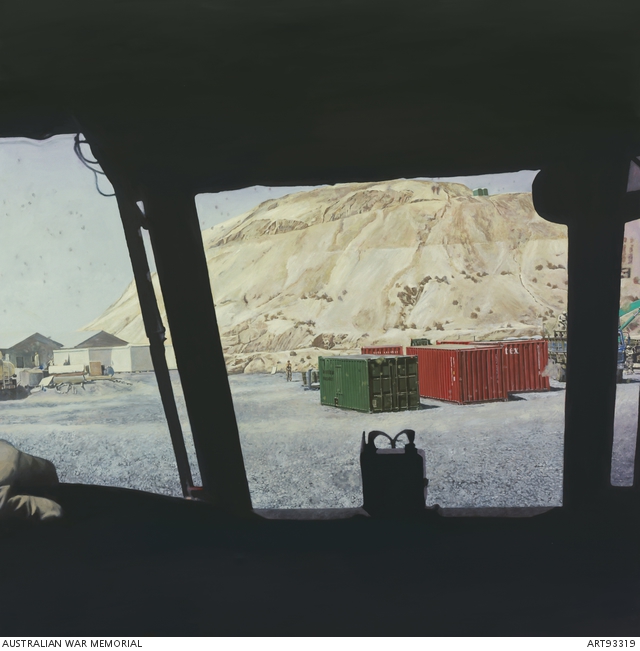 In October 2009 the Memorial commissioned Shaun Gladwell to tour with the ADF in Afghanistan. His war art forms a complex response to the technology, landscapes and soldiers he experienced in Afghanistan. In particular, it explores the way soldiers are trained to observe and quickly respond to foreign environments.

In October 2011 Ben Quilty became the fourth artist the Memorial has sent to the war in Afghanistan. He was attached to the Australian Defence Force (ADF) observing their activities in Kabul, Kandahar and Tarin Kowt. His task was to record and interpret the experiences of Australian servicemen and women who are part of Operation Slipper.

Albert is the first Indigenous Australian appointed to the role of official war artist and the first commissioned to work on Australian soil since the Second World War. This commission was possible with the support of an anonymous donation and acknowledges the vital role played by Indigenous communities in the defence of Australia. 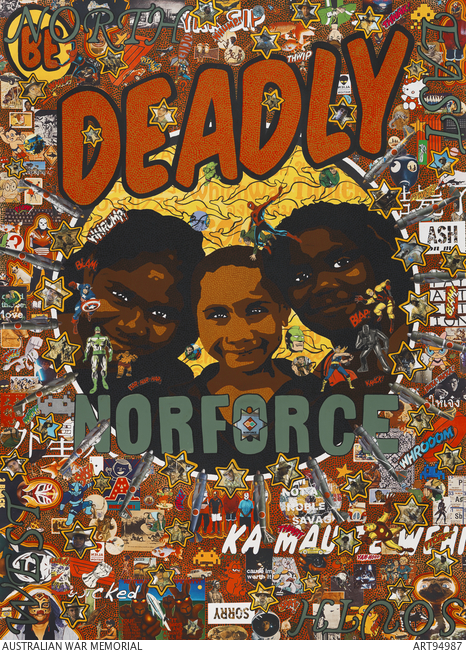 In August 2016 Alick Tipoti (Kala Lagaw Ya) became the Memorial’s second Indigenous official war artist, attached to the Australian Army’s Regional Force Surveillance Unit (RFSU), of the 51st Far North Queensland Regiment (51FNQR). During his time in Far North Queensland, he visited the unit’s Headquarters in Cairns and C Company’s base on Waiben (Thursday Island). As part of his commission, Tipoti returned to visit C Company at their base on several occasions over the course of 2017. Visit Alick Tipoti's website. 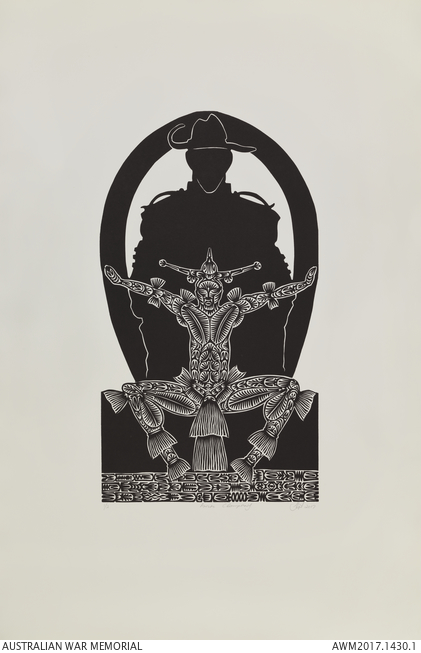 In November 2017, Megan Cope (Quandamooka) became the Memorial’s first female Aboriginal official war artist. She was sent to Qatar, before she was attached to the Australian Defence Force at the Al Minhad Air Base and the Al Dhafra Air Base in the United Arab Emirates. There she recorded and interpreted subjects concerning Australia’s contribution to the international effort in the Middle East Area of Operations. Cope produced a series of works titled Flight or fight that was primarily inspired by a ten-hour flight she took over the Middle East. 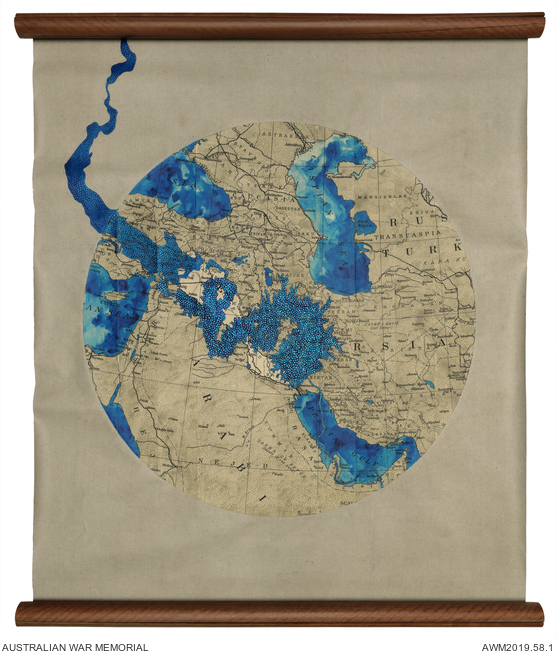