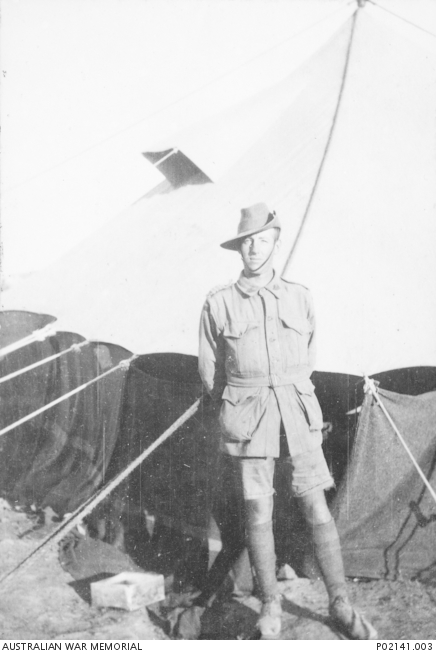 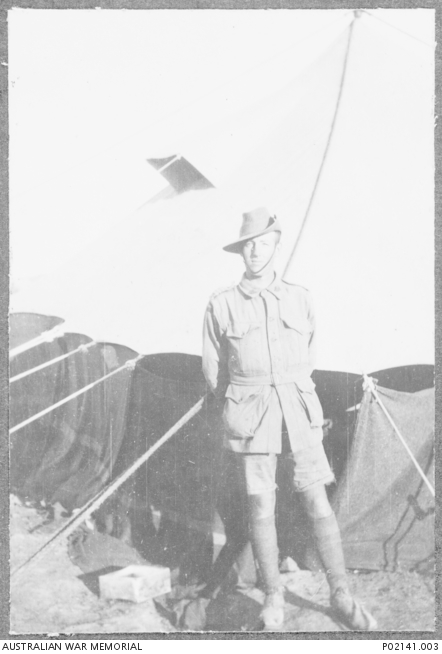 Portrait of Corporal Albert Jacka VC, 14th Battalion, standing outside a canvas tent. Jacka was awarded the Victoria Cross for his brave actions at Courtney's Post, Gallipoli, on 19 May 1915. This was the first VC to be awarded to the AIF in World War 1. Jacka also later received the Military Cross (MC) for actions at Pozieres, France, on 7 August 1916. He received a bar to the Military Cross on 8 April 1917 for a daring night reconnaissance at Bullecourt, France.