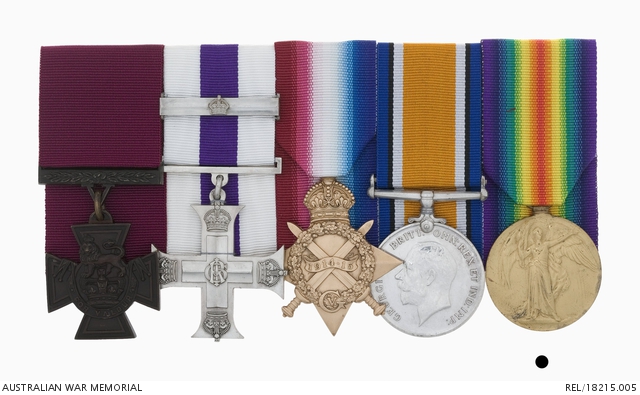 Albert 'Bert' Jacka was born on 10 January 1893 on his parents' dairy farm at Layard near Winchelsea, Victoria. He was one of seven children born to Nathaniel and Elizabeth Jacka. A shy youth, Jacka was nevertheless intensely competitive and gifted in sports such as boxing, cycling and football. He was working for the Victorian State Forests Department at Heathcote, Victoria when war was declared. On 8 September 1914, Jacka enlisted at Heathcote. However, his enlistment papers were lost and he travelled to Melbourne and re-enlisted on 18 September. He was assigned to 14 Battalion D Company as private number 465. After initial training the unit embarked from Melbourne aboard HMAT A38 Ulysses on 22 December, bound for Egypt and Gallipoli.

The battalion began its landing on Gallipoli at 11:15 am on 26 April 1915 and was stationed at Courtney's Post as part of Brigadier-General Monash's 4th Infantry Brigade. It was for his actions here on the night of 18/19 May in the single-handed recapture of a section of trench that he was awarded the Victoria Cross, the first to the AIF in the First World War.

In August 1916, by now an officer, Jacka was awarded a Military Cross for his actions near Pozieres, in northern France. On finding his platoon behind the enemy front line after the Germans pushed forward, and seeing a number of soldiers from 48 Battalion being escorted to the German rear as prisoners, Jacka organised his small force and initiated a counter attack. The attack inspired the prisoners to turn on their guards and other Australian detachments to join in the fighting. Jacka's actions leading to the recapture of the line was deemed by official historian Charles Bean as 'the most dramatic and effective act of individual audacity in the history of the A.I.F.'

In April 1917 Jacka was awarded a bar to his Military Cross for his bravery in gaining intelligence on German defences and laying out the jump off points for a tank and infantry attack on the Hindenburg Line near Bullecourt. The recommendation for the award noted that '[h]e showed the greatest gallantry and maintained the same splendid standard of bravery which won him the V.C. MC.'

Jacka survived multiple wounds during his active service and continued to be a source of inspiration to those around him throughout the war. 14 Battalion became known affectionately as 'Jacka's Mob'.

Albert Jacka died following an illness on 17 January 1932 aged just 39 years. At his funeral he was described as 'Australia's greatest front-line soldier'. He was buried in St Kilda cemetery with full Military Honours. A final testament to the character of Albert Jacka was the eight Victoria Cross recipients who acted as pallbearers at his funeral.