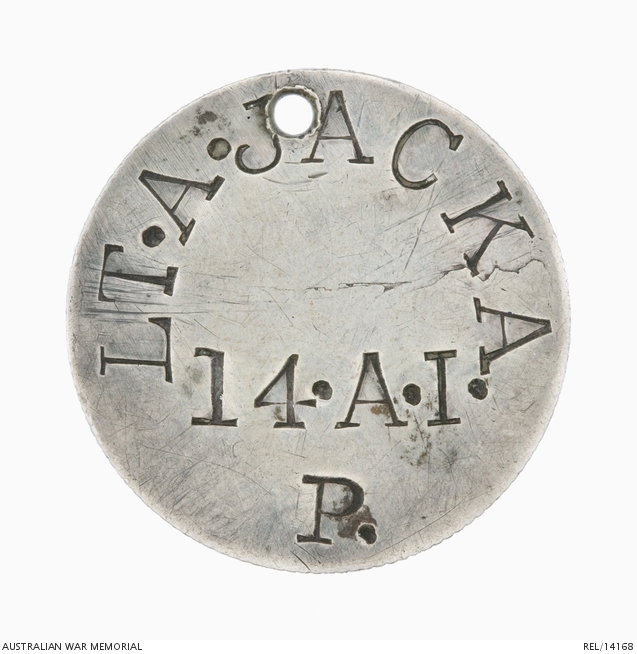 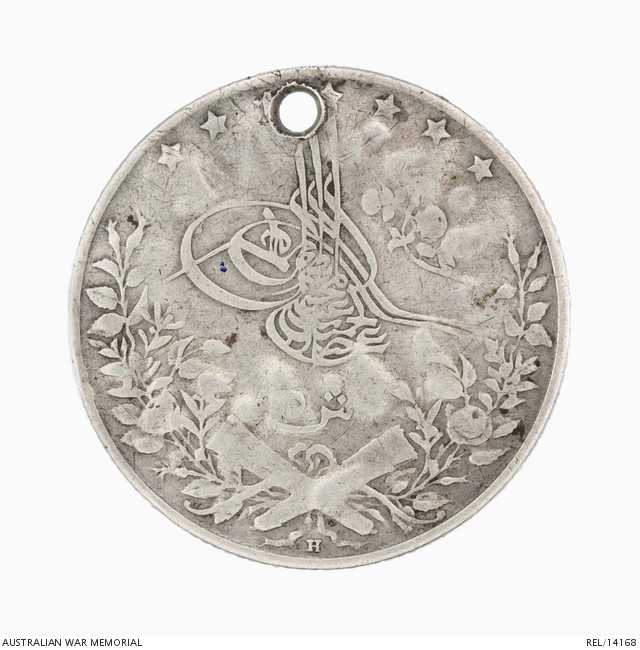 Silver Egyptian 5 Quirsh coin. The reverse has been smoothed off and impressed 'LT. A. JACKA 14.A.I. P.' A small hole has been drilled in top to allow it to be attached to a chain. The letters seem to be impressed with stamps officially issued to each military unit specifically for the pupose of naming identity discs.

This trench art disc is named in the same style, and apparently with the same letter and number stamps as those appearing on officially issued AIF identity discs in the First World War. Discs of this sort, that employed smoothed off coins, were a relatively common souvenir, and were sometimes worn together with the regular issue pair of discs. This disc, according to the donor, seems to appear to be associated with one of two of his relatives known to have served in the war: 6025 Lance Corporal Percy Alfred Haupt of 15 Battalion, AIF or 2168 Private Joseph Robert McKay, of 4 Pioneer Battalion, AIF. An exact connection cannot be established between either of these men with Albert Jacka, VC, who served in 14 Battalion. The connection seems most likely to be with Private McKay, as his15th Battalion was part of the same 4th Infantry Brigade as Jacka's 14th Battalion.