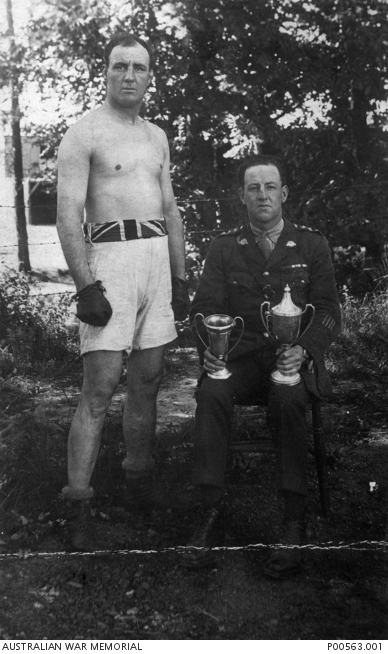 "Official prize winners, Anzac sports, 1st Australian camp hospital". Seated is captain Albert Jacka VC, MC and Bar, the first Australian recipient of the Victoria Cross during the First World War. The man standing is the Divisional boxing champion, Private David Alexander (Dave) Walker, AIF Headquarters. Walker enlisted as one of the Sportsmen’s Thousand, a battalion of sportsmen raised as a result of a recruiting campaign which encouraged sportsmen to join up. A stevedore of Port Melbourne, he was 30 when he enlisted in August 1917. He embarked with general reinforcements on HMAT Euripides and left Australia on 1 May 1918.