What is a memorial?

Explore what a memorial is, and discover the story behind the Australian War Memorial and its founder Charles Bean. 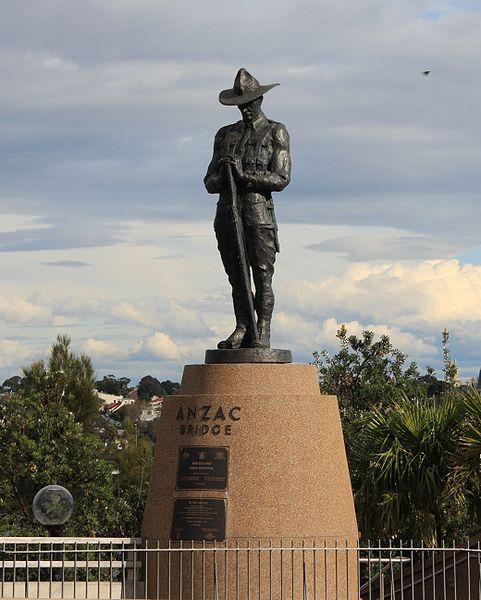 A 'memorial' is a place specially built for remembrance. You might like to explore a local memorial in your town or city, or even your school.

Are there clues as to when it was made?
Why might it have been made? Who or what does it commemorate?

The Australian War Memorial is the largest memorial in Australia. The very same questions of when, why, and how it was made can be asked to reveal information about people and the past.

Why do we have a national war memorial?

The story of the Australian War Memorial begins with the First World War. Depending on students' ages you may like to give a brief overview of the war and the large number of Australians involved.

Charles Bean travelled widely with the Australian soldiers serving overseas in this war, including on Gallipoli and the Western Front. Charles was not a soldier, however: he had a special job.

What might his job have been? Look for clues in the interactive slideshow below.

Where is Charles Bean?
What is he doing? What is he holding?

Charles was Australia's first official war correspondent - a journalist sent to cover the events of the war. This meant keeping detailed records, diaries, and notebooks.

What sort of things would a 'war correspondent' be looking at or writing about?
Why would this be important, particularly for people back home in Australia?

Why did Charles want a national memorial?

You can’t begin writing it too early. Do it now – write down everything in your diary.
— General Sir Ian Hamilton, 31 March 1915

As he travelled with the Australian soldiers, Charles kept lots of notebooks and diaries of everything he saw. In particular, what he witnessed in 1916 while in France made him want to build a national memorial back home so that Australians had somewhere to go to remember their friends and family who had served in wartime. 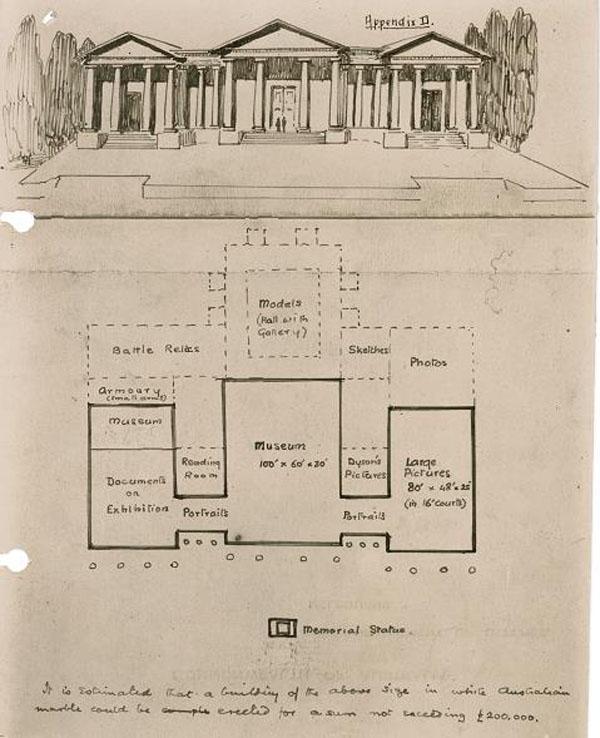 🔥 Hot tip The Memorial's Art of Nation project has more information about these original memorial plans, including 3D models that bring this sketch to life. It also explains why the Memorial today is different from Charles' sketch.

The Google Street View window below shows you what the Memorial looks like today. You might like to open it in a full-screen (click the icon in the top right corner in the window below) and take a 'virtual tour'.

What can you see?
How is it different from Charles' plan?
What would you like to know more about? 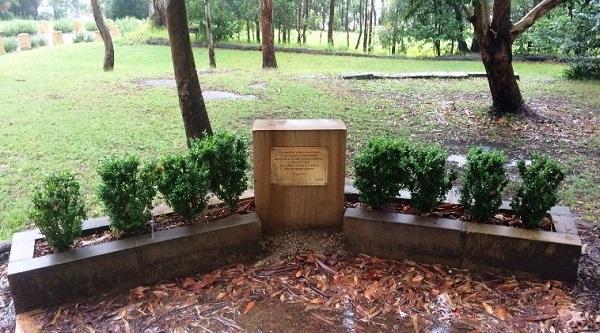 It could be a statue, garden, or even a school building named after someone significant. 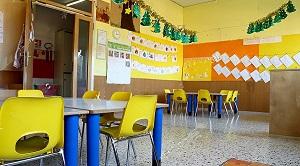 This makes a great class project that everyone can be involved in. 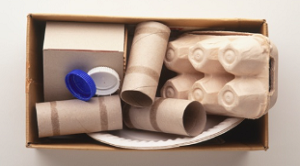 Construct a memorial with found materials. Who will you dedicate it to?

Perhaps there's a local RSL branch who could supply a guest visitor for a class talk?

Continue to next section
Why do we collect things?