Dawn of the legend: The A.I.F.

The Australian Imperial Force, first raised in 1914 for overseas war service, became better known by its initials – the “AIF”. It was a separate and purely volunteer army.

There was a distinct character to those who enlisted in the earliest months and who were destined to fight on Gallipoli. They were keen; they had to meet tougher physical standards than those later applied; and quite a few had previous experience in British or Australian forces. Each of them would need to be lucky to survive the next four years of war.

Eventually 330,000 Australians served overseas. During the war the AIF took its place among the great armies of the world, on some of history’s oldest battlefields. The Australians would attack at the Dardanelles, enter Jerusalem and Damascus, defend Amiens and Ypres, and swagger through the streets of Cairo, Paris, and London, with their distinctive slouch hats and comparative wealth of six shillings per day.

During the Second World War, when Australia again raised a volunteer force, they called it the “second AIF” 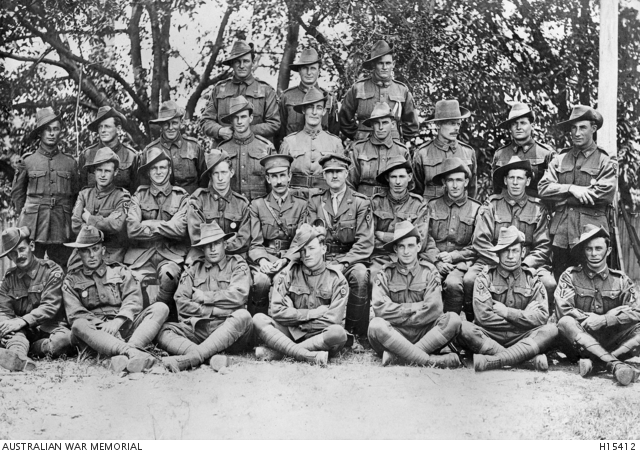 In 1918 a remnant of the original 9th Battalion came home on "Anzac leave" after four years' service. H15412 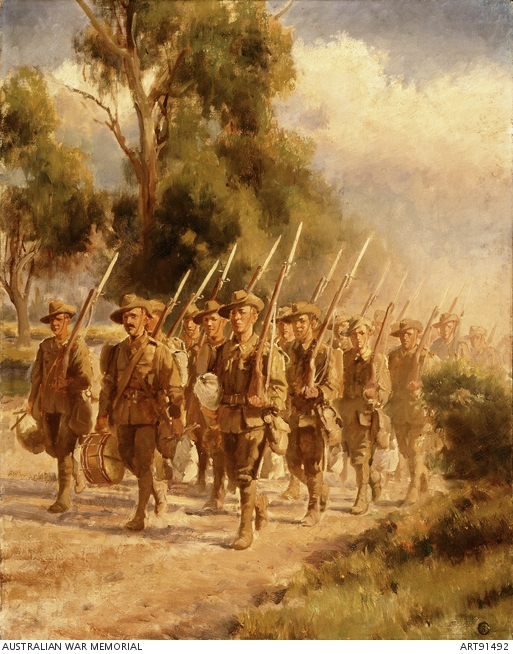 Aussies
Robert Camm
A group of young AIF soldiers, dressed in full uniform and wearing slouch hats, march along a road in the Australian bush. This is one of the earliest depictions of the Australian men who voluntarily enlisted in the First World War. ART91492 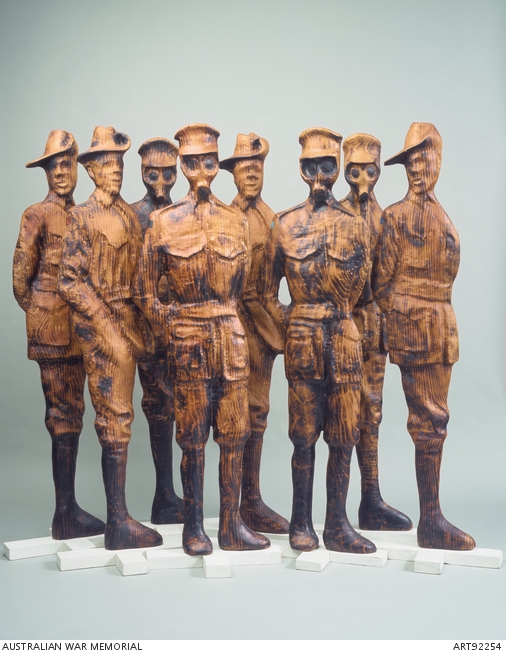 ANZAC soldiers
Rod Dudley
These haunting figures of Australian soldiers are part of a series of eight created in response to the horror of the loss of life in the First World War. ART92254