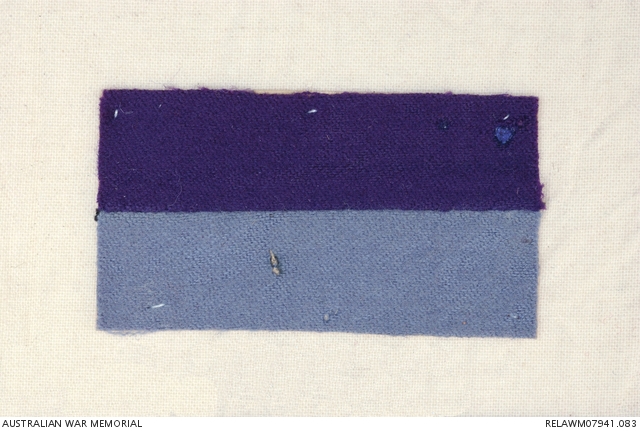 The 10th Battalion was among the first infantry units raised for the AIF during the First World War. The battalion was recruited in South Australia, and together with the 9th, 11th and 12th Battalions, formed the 3rd Brigade.

The battalion was raised within weeks of the declaration of war in August 1914 and embarked for overseas just two months later. After a brief stop in Albany, Western Australia, the battalion proceeded to Egypt, arriving in early December.

The 3rd Brigade was the covering force for the ANZAC landing on 25 April 1915 and so was the first ashore at around 4:30 am. Two soldiers of the 10th Battalion, Lance Corporal Philip Robin and Private Arthur Blackburn, are believed to have penetrated further inland than any other Australians at ANZAC. Robin was killed later on 25 April and Blackburn soldiered on to be commissioned as an officer and awarded the Victoria Cross at Pozieres, the battalion's first major battle in France. The 10th Battalion was heavily involved in establishing and defending the front line of the ANZAC position, and served there until the evacuation in December.

After the withdrawal from Gallipoli, the 10th Battalion returned to Egypt and, in March 1916, sailed for France and the Western Front. From then until 1918, the battalion took part in bitter trench warfare. The battalion's first major action in France was at Pozieres in the Somme valley in July. After Pozieres the battalion fought at Ypres in Flanders before returning to the Somme for winter. In 1917, the battalion returned to Belgium to take part in the major British offensive of that year - the Third Battle of Ypres. For his valorous actions at Polygon Wood east of Ypres in September 1917, Private Roy Inwood was awarded the Victoria Cross. His brother Robert had been killed at Pozieres and another brother, Harold, had been badly wounded and invalided to Australia in November 1917.

In March and April 1918 the 10th Battalion helped stop the German spring offensive and was then involved in the operations leading up to the Allied counter-stroke. In June, during an attack near Merris in France, Corporal Phillip Davey became the third member of the battalion to be awarded the Victoria Cross. Davey had been awarded the Military Medal for bravery near Messines in January. His brothers Claude and Richard were also members of the battalion and both had been awarded Military Medals in 1917.

The battalion participated in the great allied offensive of 1918, fighting near Amiens on 8 August 1918. This advance by British and empire troops was the greatest success in a single day on the Western Front, one that German General Erich Ludendorff described as "the black day of the German Army in this war".

The battalion continued operations until late September 1918. At 11 am on 11 November 1918, the guns fell silent. In November 1918, members of the AIF began returning to Australia. At 8 am on 5 September 1919, the final detachment of the 10th Battalion arrived at Adelaide, aboard the transport Takada.