"You can’t begin writing it too early. Do it now – write down everything in your diary."

Bean was a Sydney Morning Herald journalist who became Australia’s official war correspondent in August 1914. He sailed to Egypt with the first contingent, landed on Gallipoli on the morning of 25 April, and from March 1916 until 1918 reported on the Western Front.

No other Australian has been as influential as Bean in shaping the way Australians view the First World War. Although he developed close relationships with senior commanders, he was never far from the front line, reporting on the activities of the Australian Imperial Force and making a daily record in a series of personal diaries and notebooks. Bean knew that he would later be writing the official history, and his work habits throughout the war were also focused on gathering information for that task. In the postwar years, he wrote six of the 12 volumes of the First World War official history. Bean also had a vision for a national memorial to Australia’s war dead and argued for the formation of the Australian War Records Section to collect the records and relics of war. 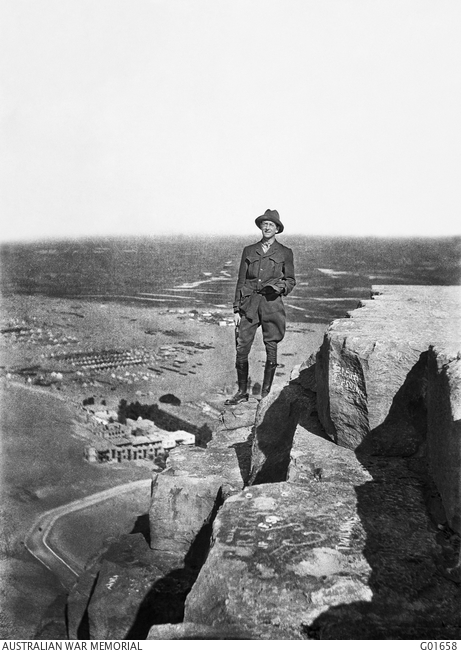 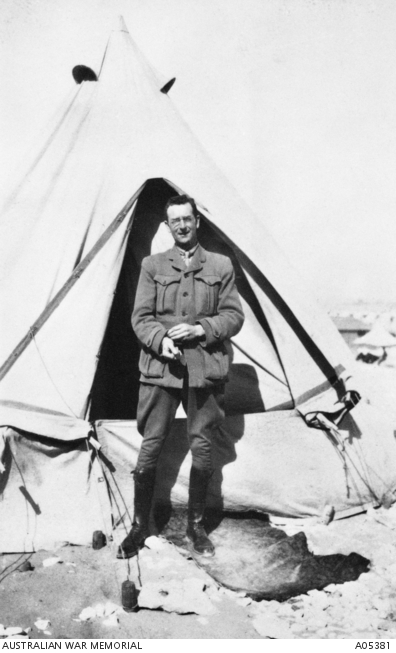 Charles Bean outside his tent in the Australian Imperial Force camp at Mena, Egypt. A05381 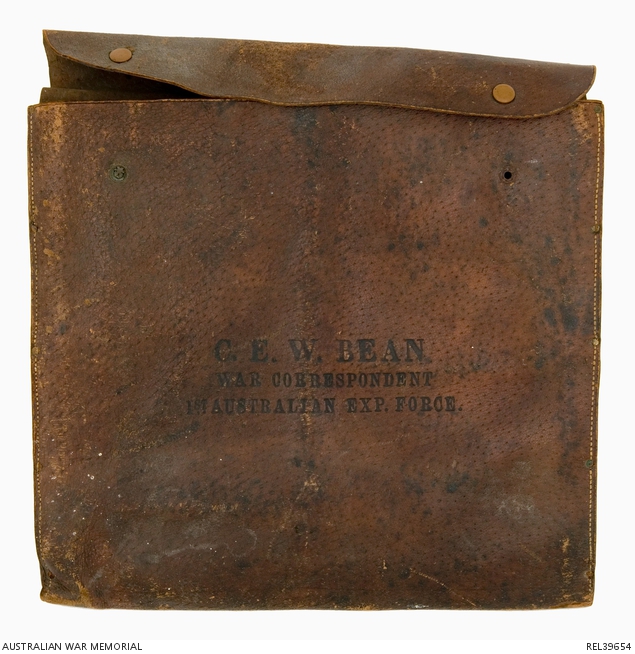