In early 1916, life in the trenches was considered more comfortable by many Australian troops. For those who had served on Gallipoli, the conditions on the Western Front seemed very different. Billets were within 2 kilometres of the front. There were army canteens selling groceries, tobacco and clothing, and the men could buy champagne and beer from the closest estaminet.

This would all change with the arrival of winter, the most severe experienced in northern France in 36 years. Thoroughly churned up by the bombardment of the first battle of the Somme, the ground became so waterlogged it turned into a quagmire that was almost impassable. The rains that fell throughout October and November were followed by almost continuous frost and snow, which aggravated the unpleasant living conditions nearer the front. 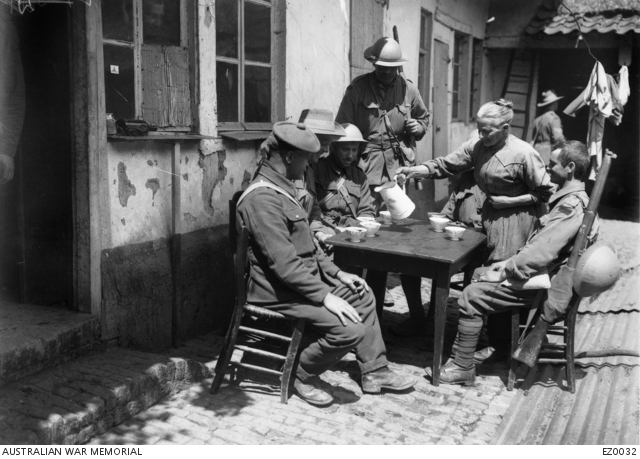 Australian and Scottish soldiers being served coffee at an estaminet in June 1916. This one was located within 750 metres of the trenches, but in the comparatively quiet Armentières sector. EZ0032 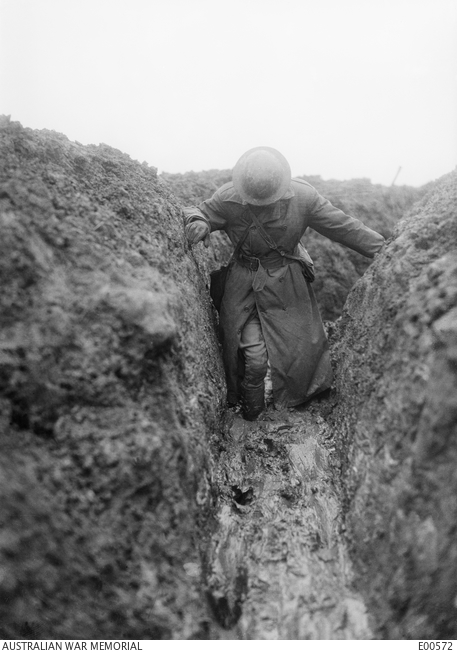 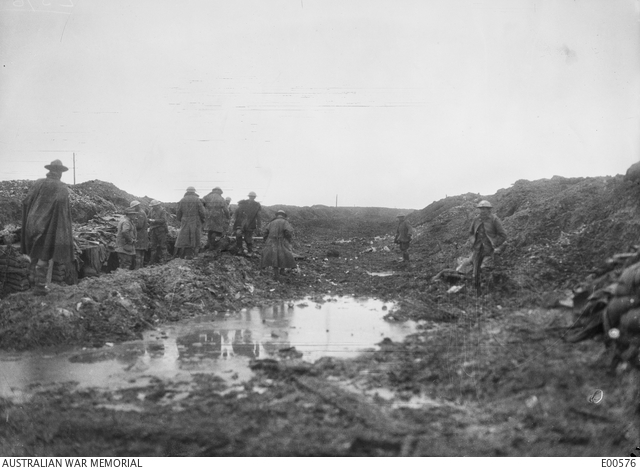 Soldiers make their way through the muddy Somme landscape. E00576 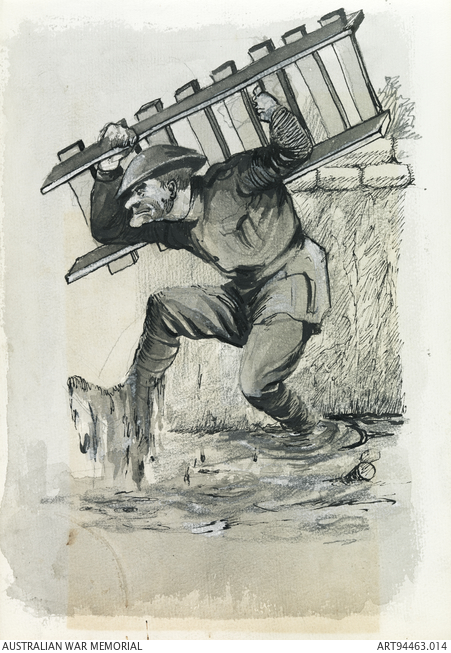 In mid-October 1916 Private David Harford of the 51st Battalion described his trench as a “dark mildewed hole in the earth … I look around me at my damp rat hole the sides and roof of which are lined with sandbags … the lower bags are green with mildew and the upper ones up near the sun and air are sprouting grass … one simply notes these things, fear of death having left one.”

"The brim of the hat kept the earth out of my nose but the weight gradually forced it further down my head, the head band gradually travelling down my nose and taking the skin with it … I soon found the end would not come for want of fresh air – I could breathe. Then the realisation came of what was gradually but surely ending things. The soft earth … slowly settling down and compressing … It was as though an iron band were tightening round my chest and preventing any movement."

In October 1916 Lieutenant Ronald McInnis wrote in his diary of being buried alive during a bombardment. He was about to take a rest when a salvo of shells landed nearby. As he looked to see where they had landed, the wall of the trench collapsed on him. At first, McInnis struggled against the soft earth, which threatened to crush him as it settled. Fortunately, members of his unit realised what had happened and dug him out. 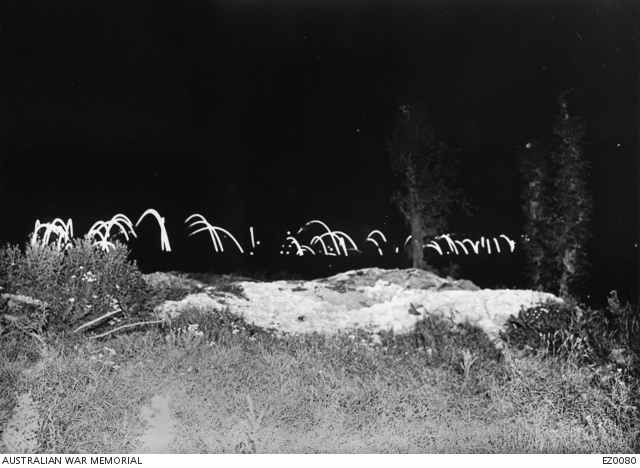 Photograph taken at night looking towards Pozières showing shell-fire, flares, and machine-gun tracer fire during a bombardment. The pinpoints are bursts of shrapnel. EZ0080