"For good or ill, we are engaged with the mother country in fighting for liberty and peace."

Recruiting began five days after war was declared. Many people enlisted out of a sense of duty to the British Empire, which they saw as standing against German militarism. Australia was experiencing a period of high unemployment, and the soldiers’ pay of a minimum of six shillings a day was an incentive to enlist. Others enlisted early from a sense of adventure. In a letter to his mother, John Simpson Kirkpatrick remarked on the enthusiasm with which Australians had “embraced the declaration of war”. The idea that the war would be over by Christmas, and that this was a good opportunity to see the world, was not lost on many. 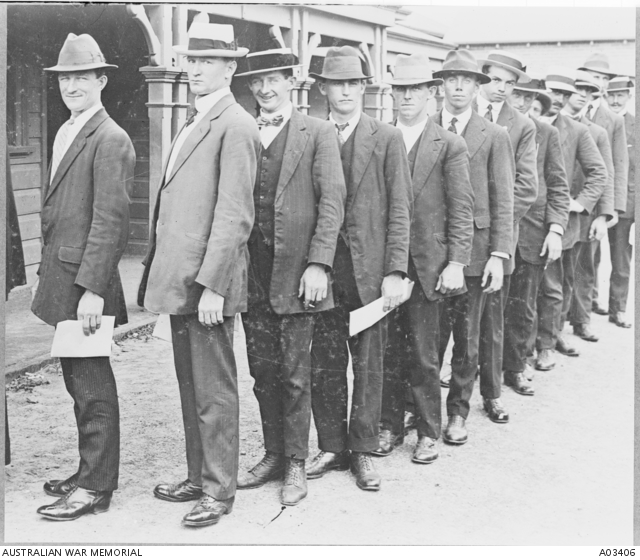 Volunteers queuing to enlist outside Victoria Barracks. A03406

A recruitment leaflet created to resemble a holiday brochure. RC02289