Out in the Cold: Australia's involvement in the Korean War - Chongju

After leaving Kujin, the 27th Brigade, led by the 3rd Battalion, Royal Australian Regiment (3 RAR), continued their northward advance to the Yalu River, on the border between North Korea and China. Six kilometres from Chongju (map) their advance was again stopped. A large North Korean defensive line, supported by T-34 tanks, was well-established on either side of the main road to Chongju. Air attacks had weakened the fighting capabilities of the North Koreans, but the position had yet to be captured on the ground.

Lieutenant Colonel Charles Green ordered D Company to attack the ridgeline south of the road, clearing the way for A company to attack the north. D company came under very heavy fire, even though they were well supported by Sherman Tanks from the US 89th Tank Battalion. After two hours of battle, they secured the ridgeline. A Company then moved ahead and secured its objective. B Company dug in on the road between A and D Companies, and waited.

That night, the North Korean forces launched a counter-attack against D Company but were held off after two hours of hard fighting. They then turned to A company on the north, and with tank support launched a determined attack at 9.30 pm. With the help of American artillery support, the Australians continued to hold out. By 11 pm, the North Koreans had retreated.

During the fighting, three T-34 tanks had been destroyed by Australian bazooka teams from 3 Platoon. Private J. H. Stafford of D company personally destroyed a fourth by firing a Bren gun at the fuel tanks from a distance of 20 metres, blowing up the tank's ammunition. Stafford received a United States Silver Star for his bravery.

It had been a short, hard fight, and the Australians and Americans had secured the town of Chongju. Both sides had suffered many casualties, with nine Australians killed in the action, and thirty wounded. 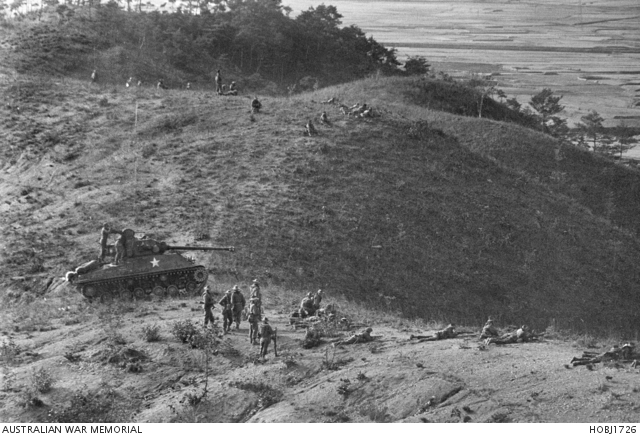 Members of 3 RAR, with tank support, engage the enemy from a crest overlooking the approaches to Chongju. 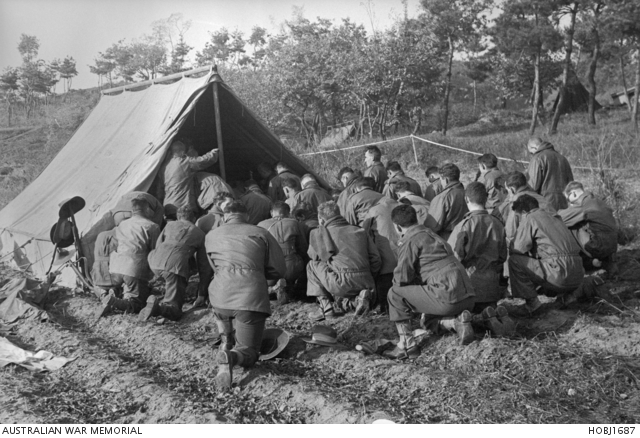