Out in the Cold: Australia's involvement in the Korean War - Yongju/The Apple Orchard

“The young soldiers were, if anything, over eager to get into their first fight, but the apple trees were in full leaf and visibility was a real problem. Control was difficult and the worst outcome of the first engagement would have been that a man was shot by one of his mates. The NCOs and the senior soldiers were absolutely splendid and quickly got the neophytes through the momentary confusion which all soldiers experience in their first battle.”

Yongju was the first action that Australian troops saw in Korea. The battle took place not long after they had arrived. On 22 October, the 3rd Battalion, Royal Australian Regiment (3 RAR), as part of the 27th British Commonwealth Brigade, moved north to Yongju (map), North Korea, in response to a call for assistance from US troops from the 187th Airborne Regiment. The paratroopers had been dropped into an area 40 kilometres north of Pyongyang, to block the withdrawal of the last North Korean forces to leave that city after it had been captured by UN forces. The North Koreans had escaped their trap, however, and positioned themselves on high ground, attacking the Americans.

When the Australian troops arrived in the area of an apple orchard, they came under sniper fire from the North Koreans. Lieutenant Colonel Charlie Green, Commanding Officer of 3 RAR, decided to launch an intense infantry attack. The Australians were unable to use tanks or supporting artillery, as they were not sure where the Americans ahead were positioned.

North Korean forces, fighting the Americans to the north, were not prepared for the Australians attacking from the rear. C Company, under the leadership of Captain Arch Denness, MC, led the battalion in the drive through the area. After three hours of close fighting, the North Koreans retreated. The Australians had broken through to the Americans.

Seven Australians were wounded at Yongju. Members of 3 RAR were decorated with awards for their achievements there: Lieutenant David Butler received the United States Silver Star, Captain Arch Denness the Military Cross. The success at Yongju boosted the confidence of the Australian troops and prepared them for some of the complexity of actions they would later face during the war. 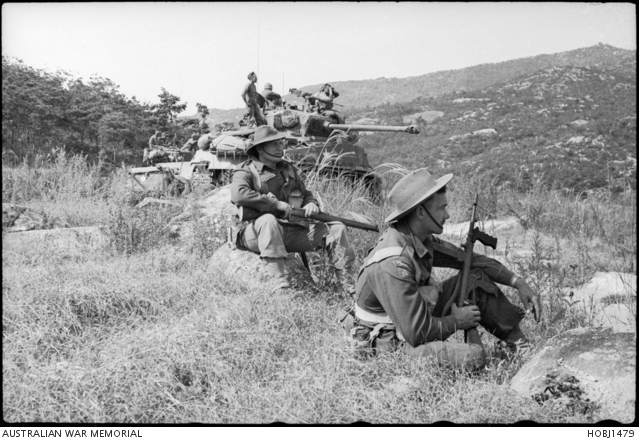 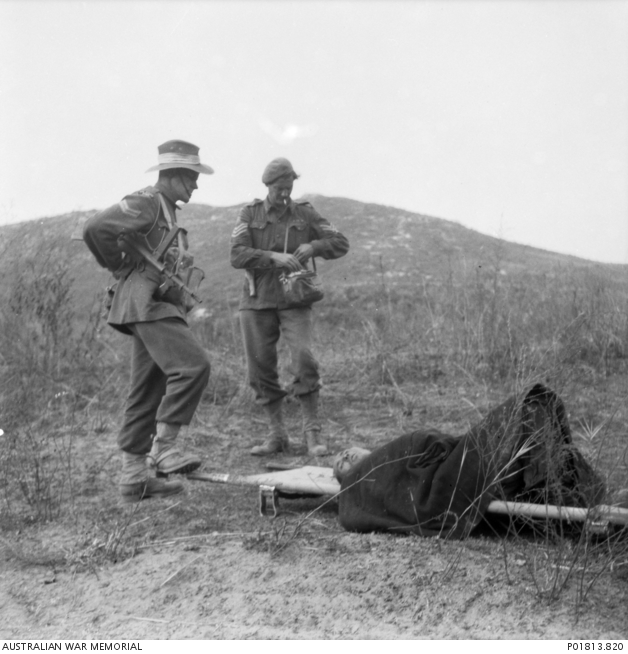 Yongju, North Korea,
22 October 1950. A North Korean soldier awaits medical attention after being wounded in the fighting with 3 RAR. 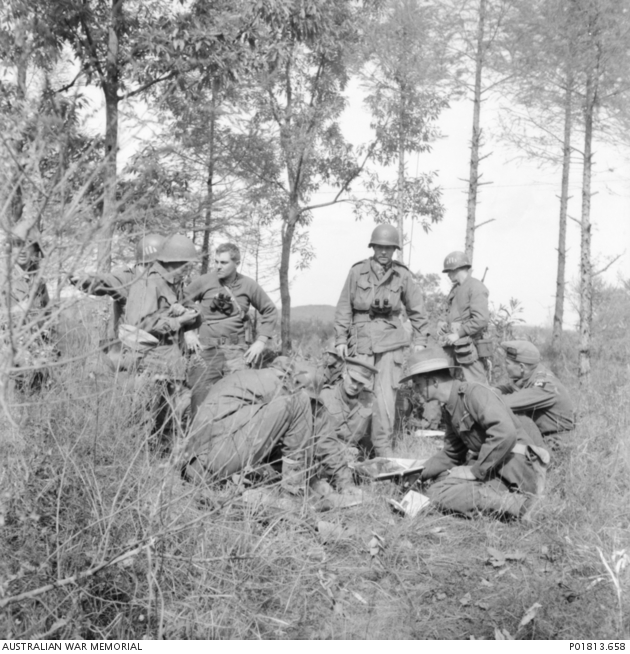 Yongju area, North Korea,
22 October 1950. In the foreground, Brigadier Basil Aubrey Coad (left, partly obscured), Commander of the 27th British Commonwealth Infantry Brigade, discusses the Yongju engagement with a helmeted US Army soldier (behind Coad), Lt Col F. S. Walsh (centre) and Lt Col Charles Green (right), CO of 3 RAR. Several members of the 187th Airborne Regiment are standing in the background. Sitting in the midground (right) and wearing a tam-o'-shanter cap is a member of the 1st Battalion, The Argyll and Sutherland Highlanders.