About 8,600 Australians became prisoners of the Germans. They included 7,115 Australian soldiers captured in North Africa or Greece; 1,476 airmen, mostly bomber aircrew shot down over Germany in 1943–45; and a few sailors.

As in the First World War, prisoners shortened the German word for prisoner of war (“Kriegesgefangener”) to “Kriegies”.

Most of them endured more than three years as prisoners. Many were captured twice: taken to Germany after Italy’s surrender. Though Germany generally observed the 1929 Geneva Convention governing the treatment of prisoners of war, in the often severe climate prisoners lived in spartan, and increasingly harsh, conditions. In 1945 many undernourished prisoners were forced to march in winter to evade liberation by Soviet forces. They were eventually freed by the advancing Allies.

After the war the prisoners of Europe were largely forgotten, overshadowed by the greater tragedy in Asia. But, as victims of war, they too experienced hunger, disease and danger, many surviving only through the Red Cross parcels they received. 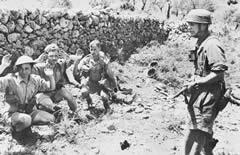 British Commonwealth troops surrendering to German paratroops on Crete, May 1941. Over 3,000 Australians were among the 30,000 Allied troops captured on Crete. Bundesarkiv 166/509/39

Australians reached camps in Germany by three routes. Those captured in Greece in 1941 endured long stays in unhealthy, temporary camps in Greece before facing a long rail journey across occupied Europe. Airmen floated into captivity by parachute, especially during the height of the bomber offensive in 1943 and 1944. Those taken over from the Italians reached Germany by rail over the Alps.

Prisoners were held in over 40 major camps all over Germany, from Lithuania to the Rhine. Officers and men were held in separate camps – Oflags and Stalags. Men accepted unaccustomed responsibility: one Australian warrant officer became the de facto commanding officer of 11,000 Allied prisoners of war in Wolfsberg camp. 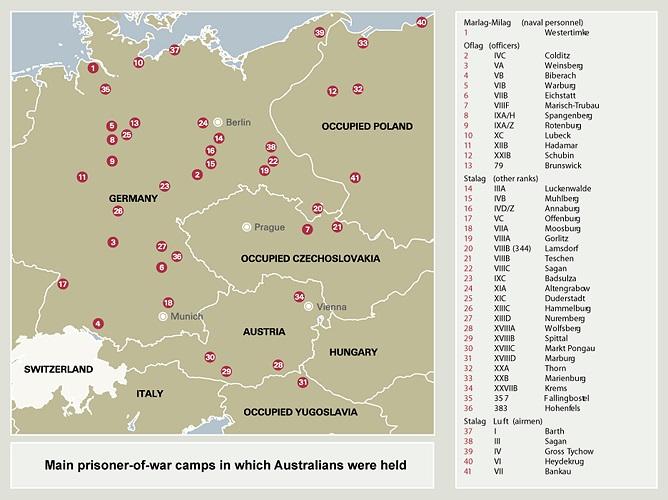 Prisoner of war camps in which Australians were held.

“The worst days of my life”

From June 1941 the 5,000 Australians captured in Greece, with about 15,000 Allied prisoners, were transported to Germany. They were taken by rail in closed goods wagons on a journey of up to a week. One prisoner described it in his diary as “the worst days of my life”. Another described the ordeal:

A week in cattle trucks in the height of sweltering summer … No seats or other amenities. All of us weak and suffering from diarrhoea, many with bleeding bowels and no sanitary arrangements whatsoever. 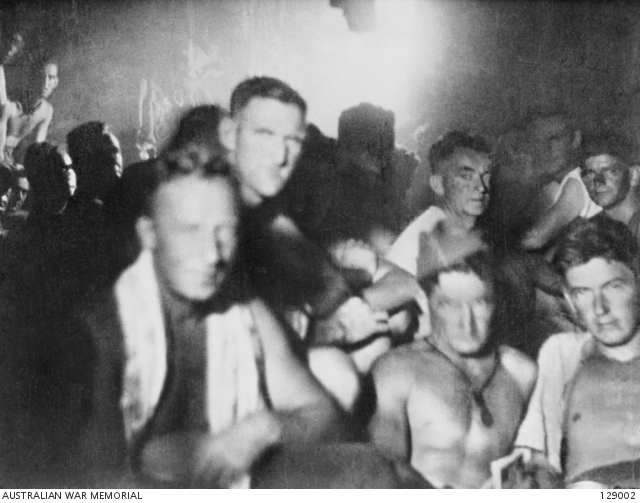 Allied prisoners of war in transit by cattle truck from Italy to Germany.