It looked like a scene out of Dante’s Inferno. 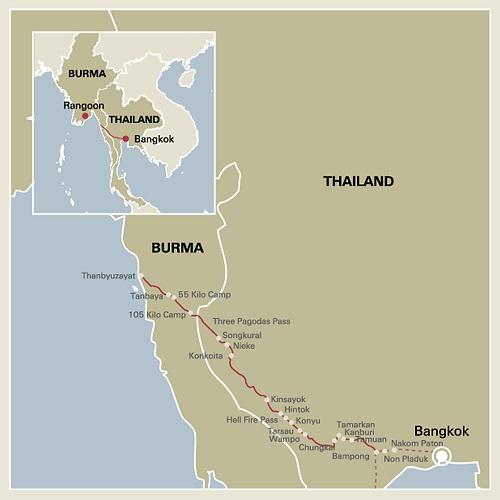 In 1943 Japan’s high command decided to build a railway linking Thailand and Burma, to supply its campaign against the Allies in Burma.

The railway was to run 420 kilometres through rugged jungle. It was to be built by a captive labour force of about 60,000 Allied prisoners of war and 200,000 romusha, or Asian labourers. They built the track with hand tools and muscle power, working through the monsoon of 1943. All were urged on by the cry “speedo!”

Relentless labour on inadequate rations in a deadly tropical environment caused huge losses. By the time the railway was completed in October 1943, at least 2,815 Australians, over 11,000 other Allied prisoners, and perhaps 75,000 romusha were dead.

The prisoners’ sufferings on the railway have come to epitomise the ordeal of Australians in captivity. The railway camps produced many victims, but also heroes who helped others to endure, to survive, or to die with dignity. 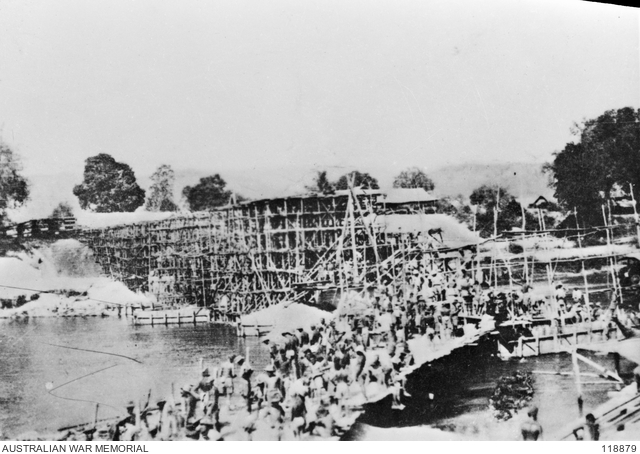 Allied prisoners of war engaged in bridge building at Tamarkan. 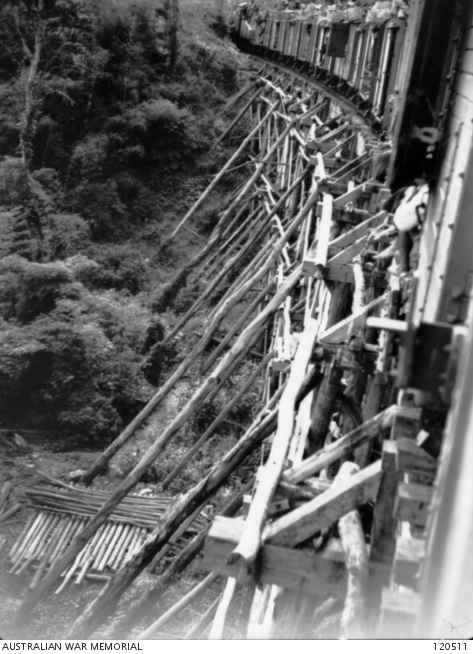 A trestle bridge on the Burma–Thailand Railway built by Allied prisoners of war and conscripted Asian labourers, near Hintok, in Thailand. 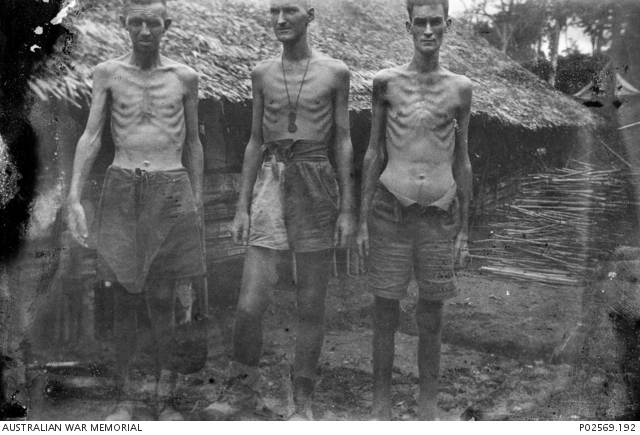 A photo taken in secret of three men selected by the Japanese as fit to work at Shimo Songkurai camp on the Burma–Thailand Railway in 1943. 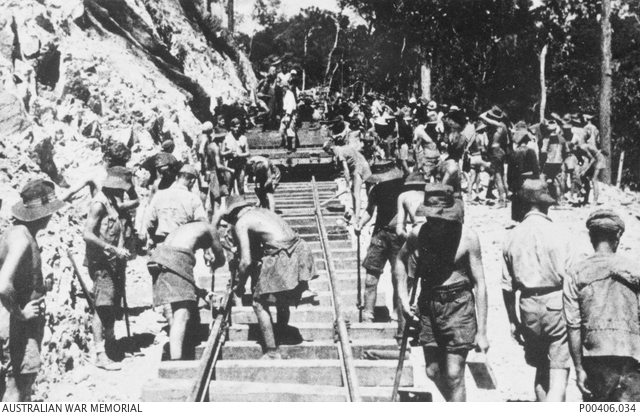 Allied prisoners of war laying track on the Burma–Thailand Railway, at Ronsi, Burma. 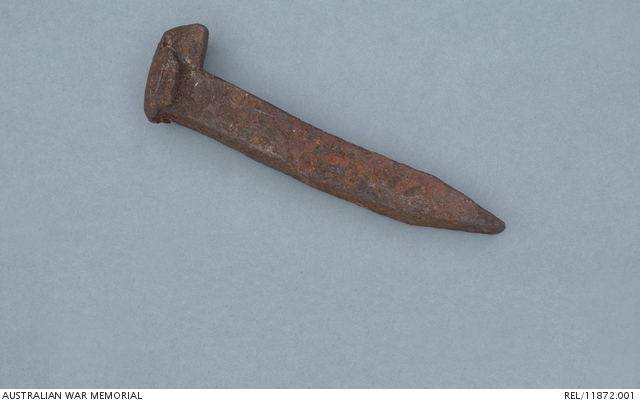 Spikes from the Burma–Thailand Railway, taken from a sleeper at “Hellfire Pass”. Captain Reg Newton reported that 68 men were bashed to death in digging Hellfire Pass. REL/11872.001–.004