Civilians were interned by the Japanese all over Asia. Australian civilians were held in China, Hong Kong, the Philippines, Borneo, the Netherlands East Indies, Malaya and Singapore.

In Singapore about 2,400 civilians, mainly from the British Commonwealth, were held in Changi Gaol from 1942 to 1944, and later in the Syme Road camp. Some men were sent to labour on the Burma–Thailand Railway, where they worked and died alongside military prisoners. Most remained in Singapore. As with military prisoners, they had to grow their own food and look after the sick, without the benefit of the medical and technical skills of the soldiers.

The internees included dozens of children. They experienced a traumatic childhood, suffering from hunger and diseases and missing out on vital years of schooling. 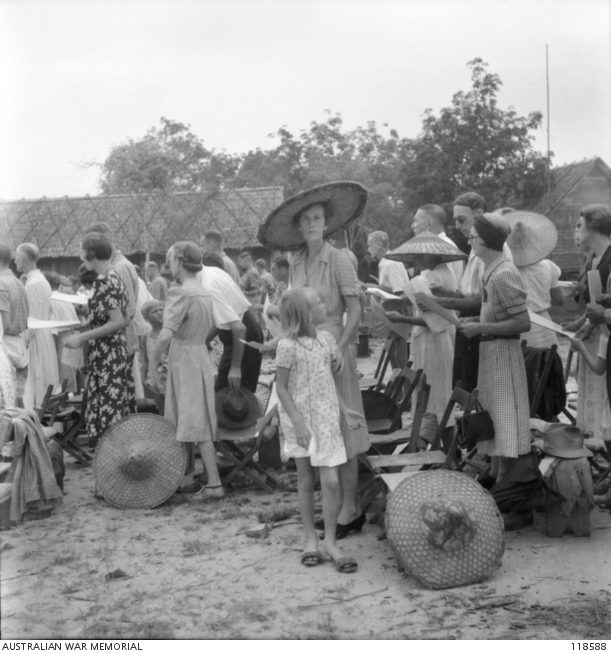 Civilians in Kuching camp in September 1945. Though still thin, they already show signs of the increased rations they had received in the days following their liberation. 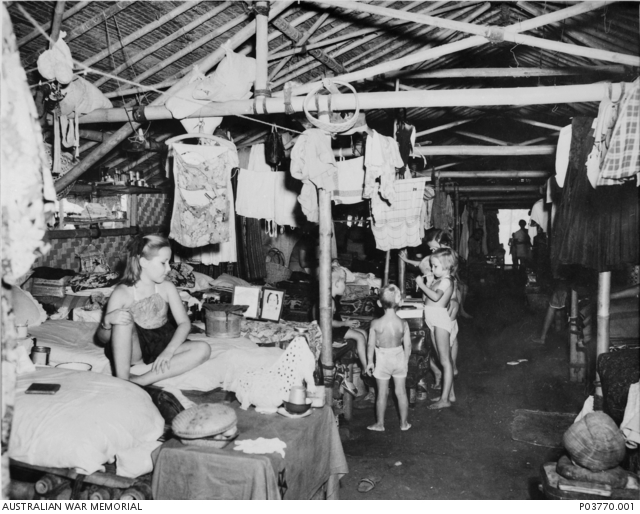 Civilian internees lived in crowded, insanitary conditions such as this one, in Java, for over three years. This photograph was taken after the war’s end in 1945, when food and medical supplies had begun to arrive.