We arrived here last night at 1 am and were bedded down in new huts at Changi at 4 am. We have at last fallen into a prisoner’s paradise but I am so tired am not able to write any more today.

Following surrender 50,000 British and Australian prisoners of war assembled around the British barracks at Changi, on Singapore island.

The prisoners erected a barbed wire fence around the camp and took responsibility for its administration. The Japanese provided little more than basic rice rations, so the prisoners began to grow their own vegetables. Though their captors demanded work parties for tasks on Singapore island (and later beyond), they rarely intervened in the camp’s operation.

Changi remained the main prison camp in south-east Asia. Compared to the hell of the Burma–Thailand Railway, Changi could seem, as one said, like “heaven”. 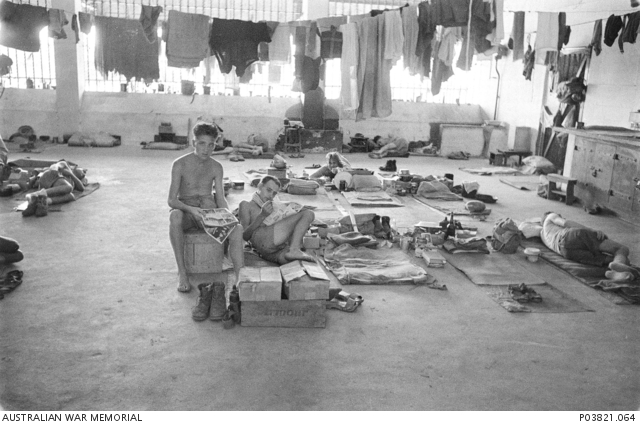