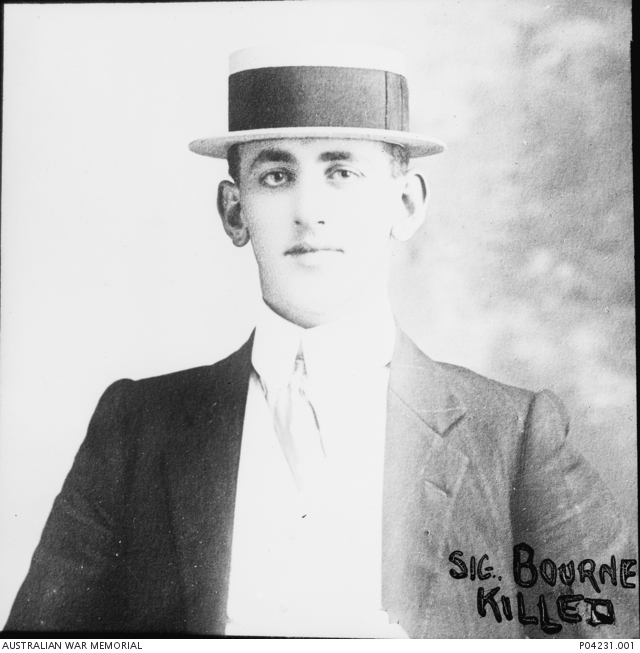 Studio portrait of 493 Private (Pte) Harry Cyril Bourne, E Company, 2nd Battalion, of Tamworth, NSW. Pte Bourne enlisted on 28 August 1914 and embarked from Sydney aboard HMAT Suffolk on 18 October 1914. He was killed in action on 20 May 1915, aged 25 years, at Gallipoli Peninsula. He is buried at Gallipoli 7 Lone Pine Cemetery. This lantern slide is one of a series of images of soldiers from the district who enlisted and served overseas. The slides were probably displayed at the Tamworth Cinema between features. Some of the slides have been annotated with information about the person pictured.