Townsville was an important Allied airbase in Australia. In July 1942 Japanese four-engined flying boats made three attacks on the town and harbour. Two of the three attacks involved only a single aircraft, commanded by Sub Lieutenant Mizukura Kiyoshi. The raider’s bombs fell harmlessly into the harbour or onto the ranges behind the town. The last bomb of the final raid landed at the racecourse, breaking windows in nearby houses.

For much of 1942 bomb disposal teams in northern Australia used raw courage and ingenuity to overcome the lack of tools and information needed to disarm enemy ordnance.

The propagandists at Radio Tokio [Tokyo] falsely reported it was “one of the heaviest [air raids] since the fall of Singapore!” 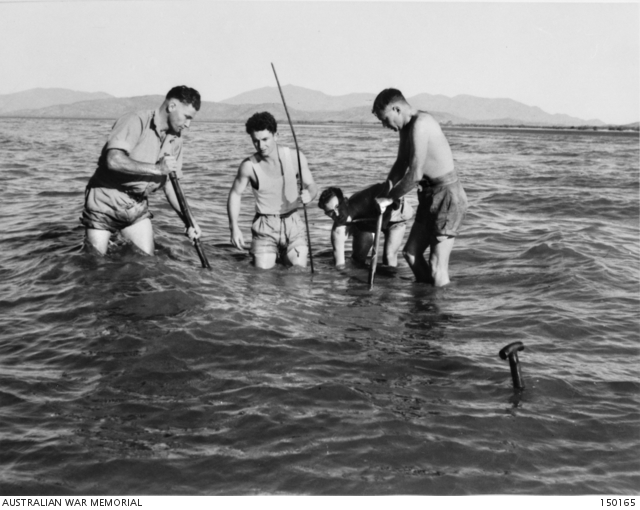