In 1943 a composite midget submarine, made from parts of the two submarines recovered from Sydney Harbour, was taken on a 4,000-kilometre tour around south-eastern Australia to raise money for the war effort. It went to Wagga Wagga, Benalla, and Ballarat, across to Adelaide, then along the Victorian coast to Melbourne, and finally back to Sydney. Souvenirs of the submarines were sold along the way. The tour was a huge success, the exhibit drawing vast crowds. In Wagga Wagga over half the wartime population of about 12,000 visited the submarine. 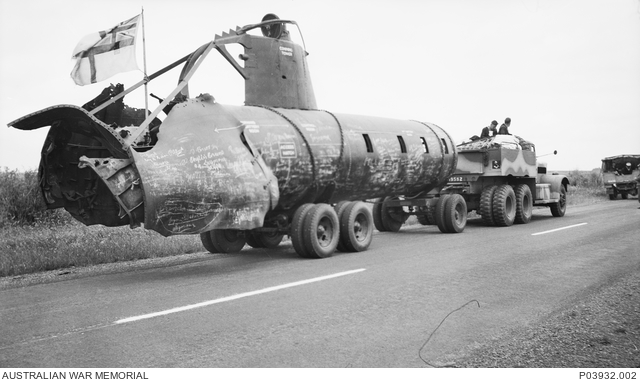 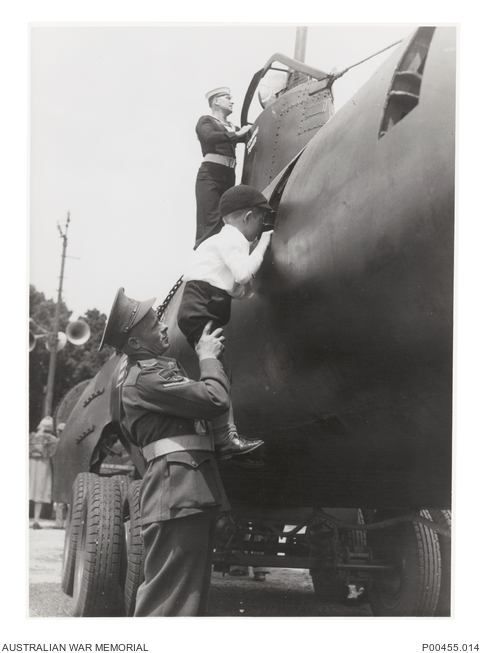 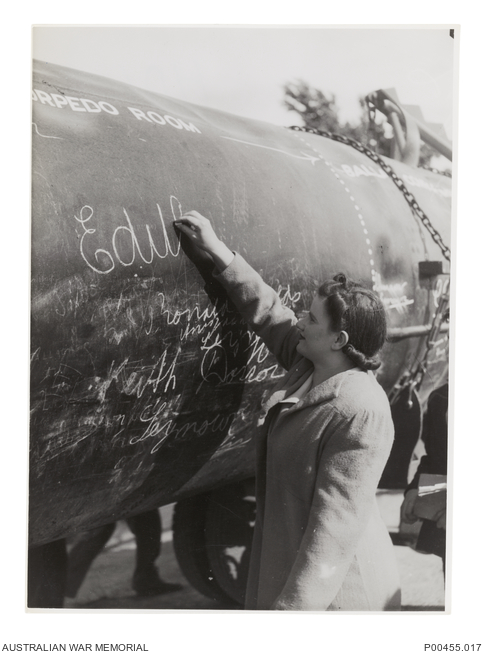