Australia under attack: Citations for bravery

The 14th Heavy Anti-Aircraft Battery was one of the few Militia anti-aircraft units in Darwin at the time of the first raids. The unit was equipped with both modern 3.7-inch anti-aircraft artillery and First World War–vintage Lewis light machine-guns.

The unit’s greatest asset was the bravery of its young soldiers, men like Gunner “Darky” Hudson and Lance Bombardier Fred Wombey. Wombey and Hudson were both decorated with the Military Medal for bravery in the field for using their Lewis guns to great effect in defence of strategic installations during the raid. 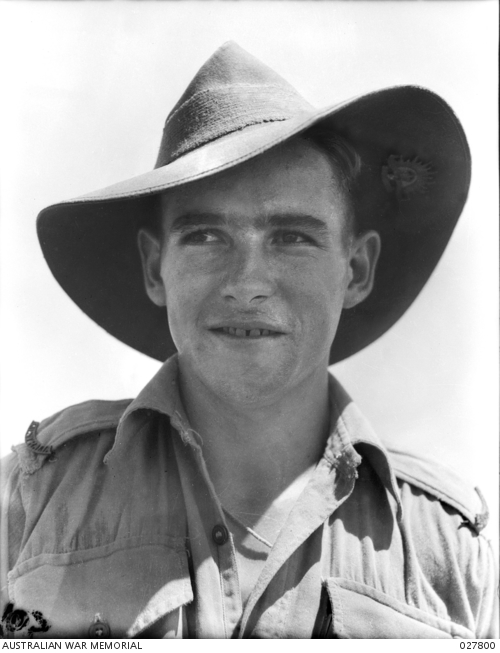 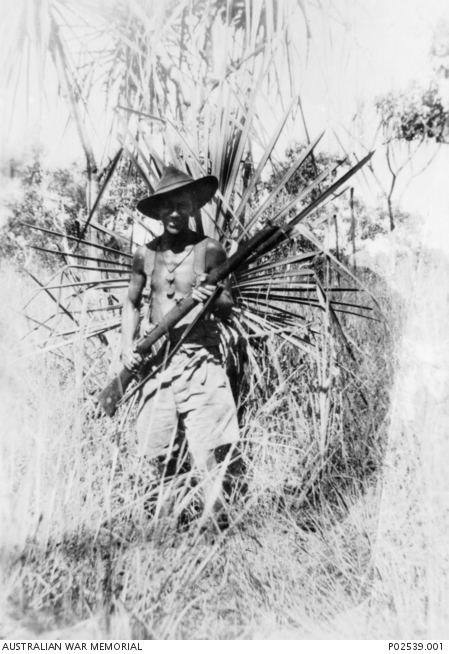 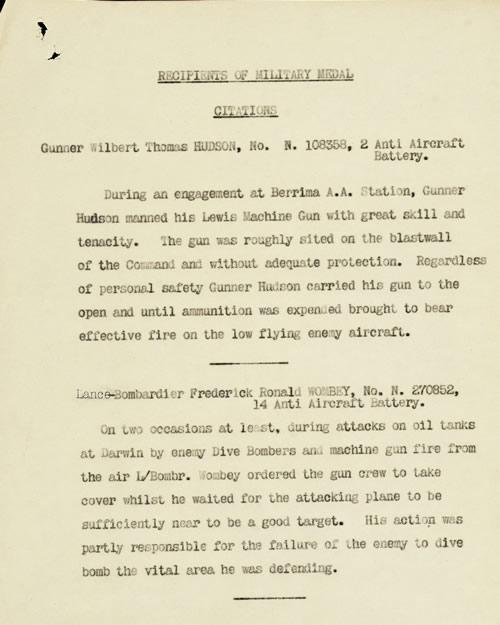