Australia under attack: The end in sight

The expanding Japanese empire had reached Australian shores in 1942. Japan’s navy had been defeated at sea, and its army on land. In 1943 the campaign to drive them back began.

Throughout the year there were occasional invasion scares, but attacks against northern Australia became less frequent. Many Australians were still serving overseas and their loved ones at home endured their absence and lived in dread of the telegrams that could mean injury or death. While the build-up of Allied personnel around the country added to the feeling of security, the signs of war were still part of daily life. But despite rationing, “brownout” and other austerity measures, the spirit of the community remained buoyant.

At home Australians maintained their maximum effort, no longer for survival, but for victory. 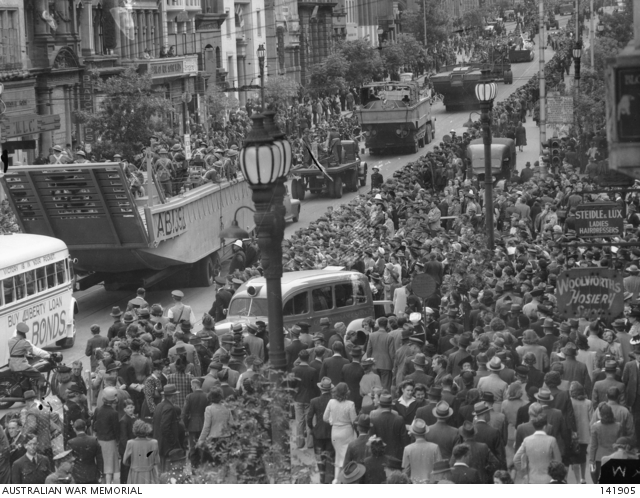