Australia under attack: The tide turns

The threat of invasion has receded.
AMF headquarters, October 1943

In 1943 Allied victories in Africa, Europe and Asia forced the Axis powers onto the defensive. In Australia enemy air attacks across the north became infrequent and less intense. Japanese naval activity off the coast dwindled to the occasional cruise.

By the second half of the year the Australian and US troops that had been based in Australia were leaving to attack the enemy in New Guinea and other parts of the Pacific. The Australian people were at last told that the threat of invasion had passed. Many felt that some of the security and restrictions could be relaxed. They had survived, and now were working for victory.

The highest levels of Allied command and the Australian government knew that the Japanese lacked the capability to invade Australia from May 1942. They encouraged the perception of threat into the second half of 1943 to motivate the populace and maintain the momentum of the national war effort. 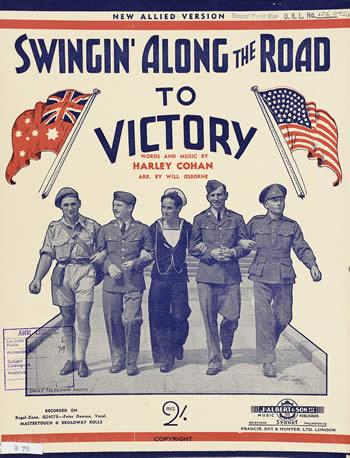 Swingin’ along the road to victory 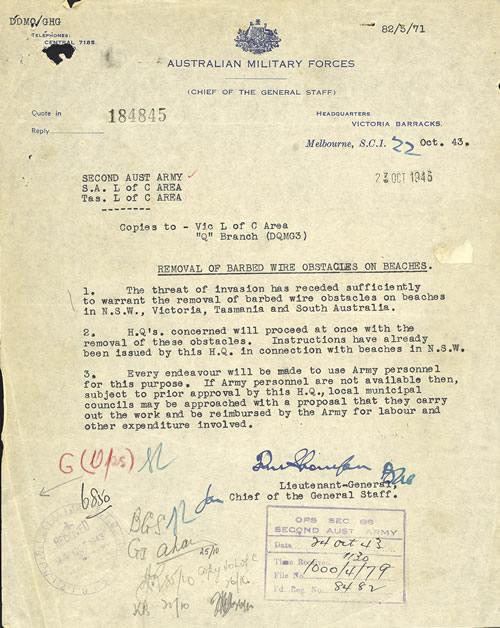