Australia under attack: Entertaining the troops

Home-front Australia may have appeared austere as a result of air raid precautions, the “brownout”, and shortages of commodities like ice cream and alcohol. The reality was that ingenuity and improvisation triumphed, and people made their own fun in adversity.

Australian social life was populated by Australian and Allied soldiers, sailors and airmen, conscripted factory workers, and a range of others all caught up in the war effort. They were young people a long way from home, frantically searching for distraction from the trauma of separation from loved ones and the risk of violent death or injury in an uncertain future.

Available entertainment ranged from social functions organised by military and civil authorities to the generosity of individuals who opened their homes to service personnel. For the first time Australians saw Hollywood stars in the most remote places.

The American Centre provided recreational facilities for US personnel on leave in Sydney. Bessie Cooper was one of the Australian volunteers who staffed the centre. She wore this apron and badge while serving the US troops.

Centres like this were established by local American friendship societies in communities around Australia that had large numbers of US servicemen and women stationed nearby. 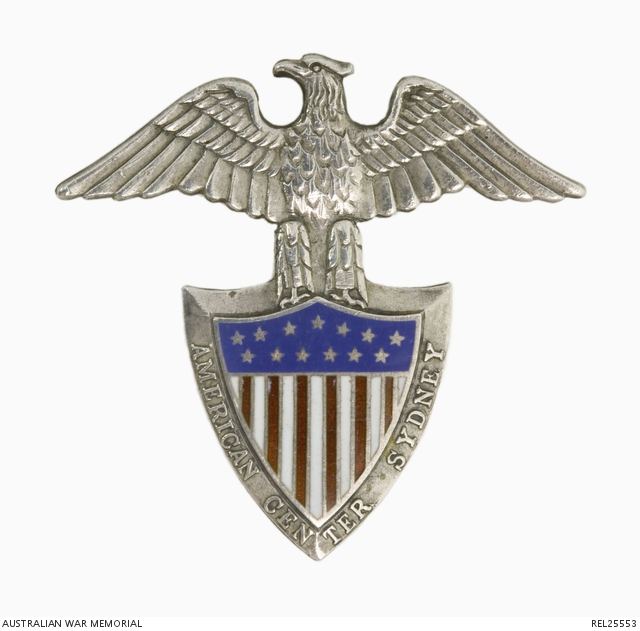 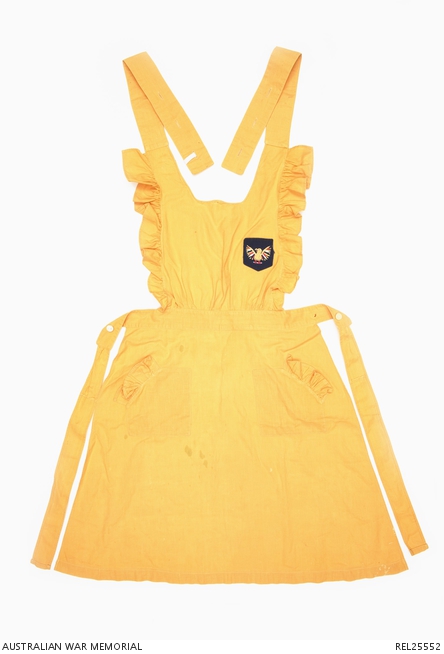 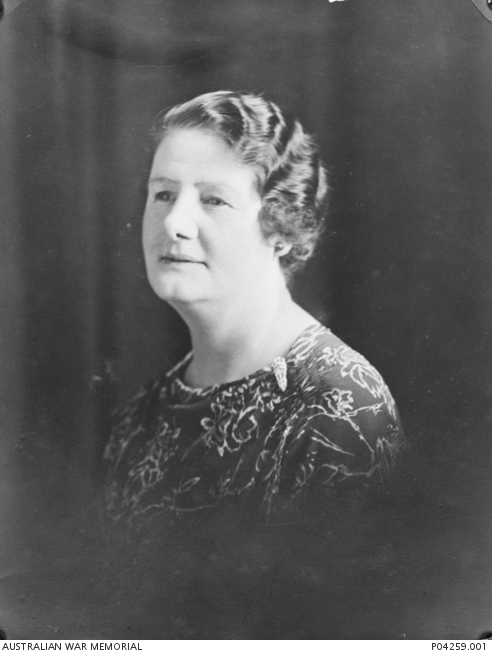 Bessie Cooper at the American Centre in 1942 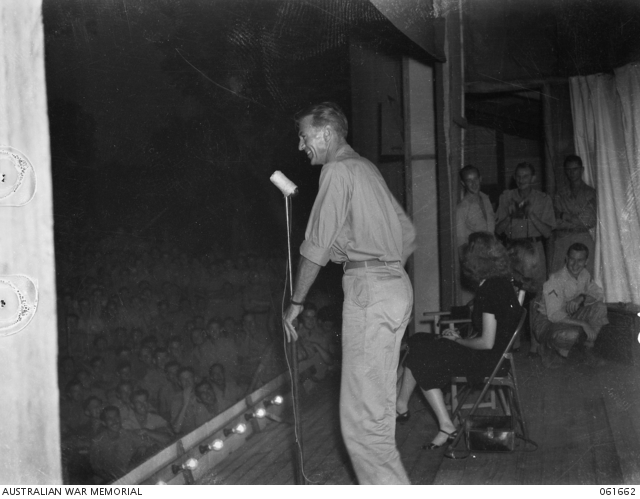 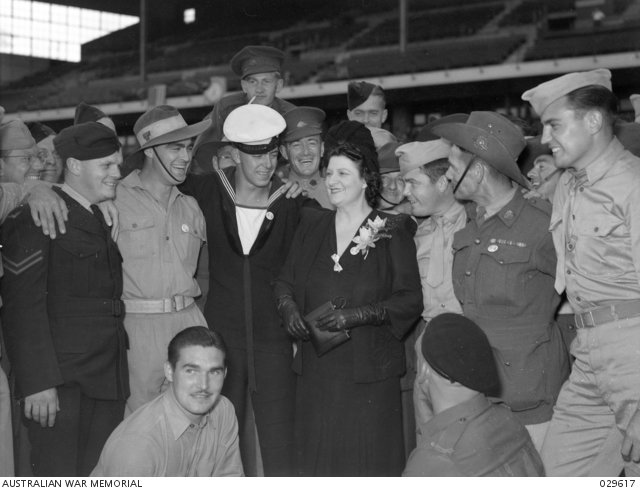