Australia under attack: Mobilising the nation

Faced with attacks from the air and sea, and warned of imminent invasion, Australia prepared to defend itself. The government mobilised the nation’s war effort.

The invasion threat gave members of part-time defence organisations an urgent purpose. The crisis impelled hundreds of thousands of Australians all over the country to join the Volunteer Defence Corps, the Naval Auxiliary Patrol, or the Voluntary Air Observers’ Corps.

With the demands of the nation’s fighting forces, the transfer of labour to the military, and the impact of the war on commerce and trade, everyday items of food, clothing, fuel and other commodities became scarce. Rationing was introduced and Australians were encouraged to conserve, reuse and recycle. Industry, science and society were all encouraged to exert “maximum effort”, not merely for a remote victory but for immediate survival. 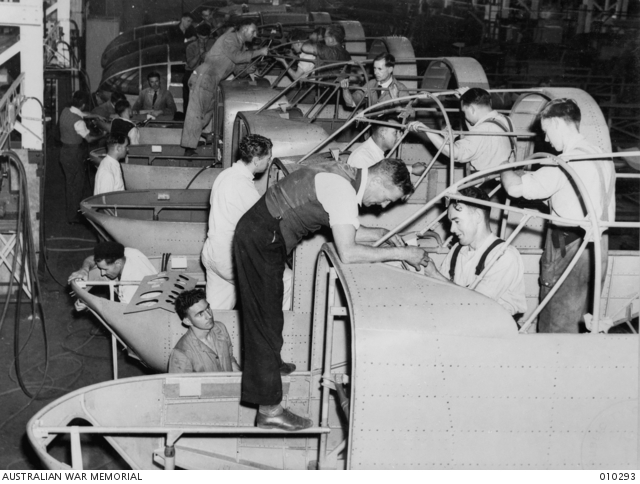 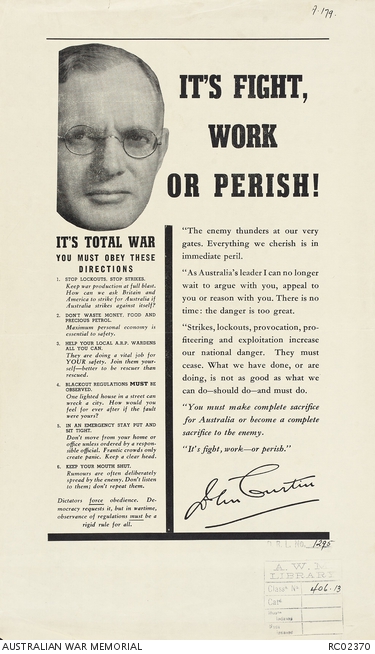