Australia under attack: Lines of communication

Of the 993,000 members of the Australian armed forces during the Second World War, over 400,000 did not serve overseas. Many of them had less glamorous jobs that were nonetheless vital to the war effort. They supplied essential war material to the fighting troops and maintained the lines of communication, working long hours, often in difficult conditions. They often served in remote parts of Australia, for little recognition. 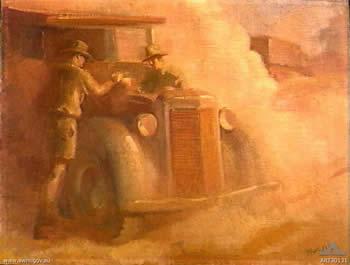