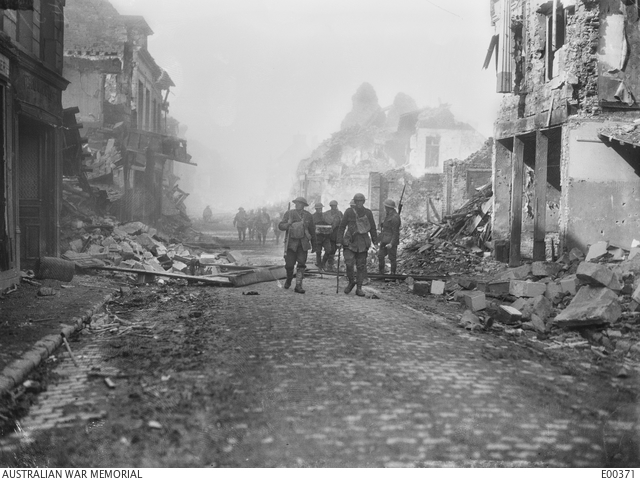 Herbert Baldwin, Australians making their way along a street of burning ruins, Bapaume, 1917

In November 1916, Charles Bean was joined on the Western Front by the English press photographer Herbert Baldwin, who recorded the exploits of Australian troops on the Western Front throughout late 1916 and early 1917. Baldwin was appointed to “preserve” pictorially the movements and actions of Australian soldiers, and the landscapes over which those actions took place. He was already one of Britain’s most significant war photographers. He had covered the First Balkan War (1912–13), where he formulated a very clear sense of the war photographer’s responsibilitites, which were laid out in his book A war photographer in Thrace (1913). Baldwin took over 540 photographs on glass plates, and they are among the most beautiful images of the war.

But these photographs came at a cost. Baldwin’s already fragile health, both physical and emotional, was irreparably damaged during the “tremendous barrage” that accompanied the Messines attack of June 1917. He was unable to work afterwards, and returned to London a week later. He was discharged, “unfit for general service”, on 21 June. 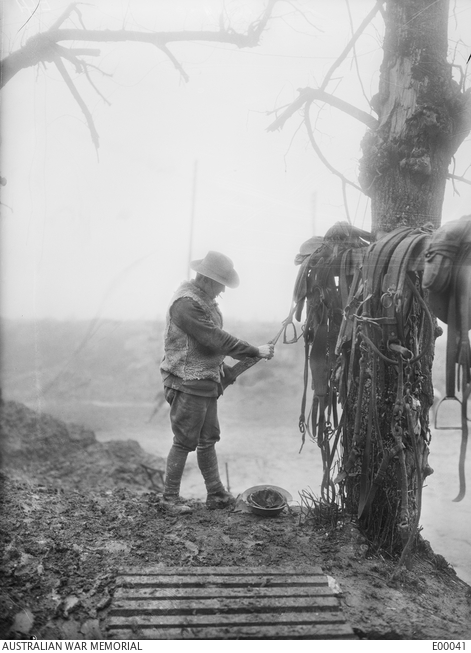