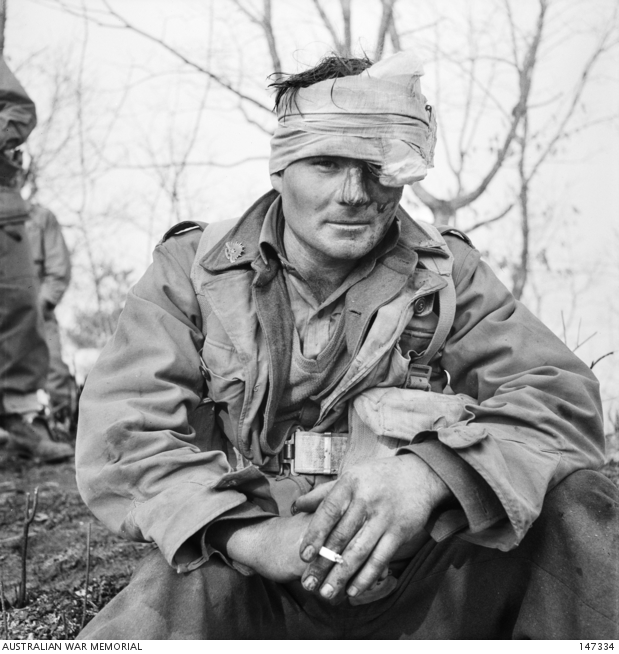 Claude Holzheimer had been an official photographer during the Second World War and with the British Commonwealth Occupation Forces in Japan. He travelled to Korea from his base in Japan on a number of occasions between 1950 and 1951. When he was first sent to Korea in November 1950, he was expected to cover “all PR requirements” and also to gather material for the historical record. His photographs were thus both visually dynamic and comprehensively captured the details of an event.

Holzheimer accompanied 3RAR during mid-April, when he took these portraits of Edgar Brown (above) and Allen Brewer (below) on the afternoon of 15 April, after they were injured during the attack on hill “Sardine”. The portraits belong to the portrait tradition of the heroic but laconic Australian soldier that had been a dominant feature of early Second World War photography. 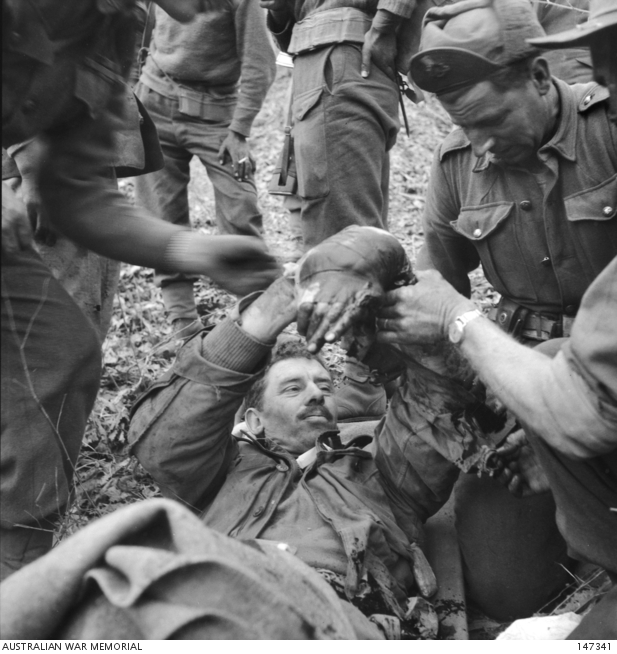