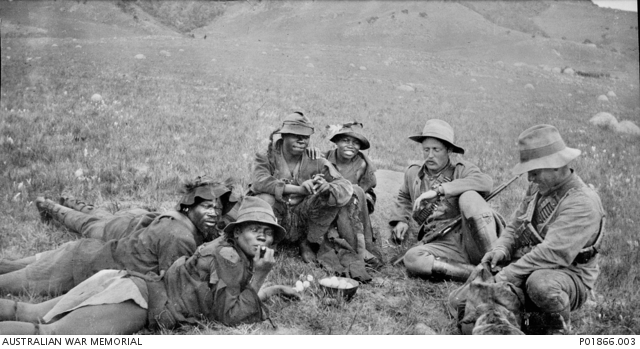 Hubert Appleby was a soldier photographer during the South African War (1899-1902). Appleby completed two years’ service in South Africa, first with the Fourth Imperial Contingent and then with the Fifth Victorian (Mounted Rifles) Contingent. He was one of the few Australians to serve two tours and he created an extensive photographic record. Appleby’s photographs are notable for their diverse subjects. Photographs depict the contingent crossing the Natal landscape, looking after South African prisoners of war, and fighting Boers.

Appleby’s photograph of Australians in action at Pongola Bosch in the Transvaal is among the few surviving images that attempted to capture a view of action. However, it is likely the photograph was staged: at least four of the men stare directly at Appleby’s camera, hardly wise given the formidable reputation of Boer snipers who could, contemporary legend had it, pick out a British officer at 1,200 yards. 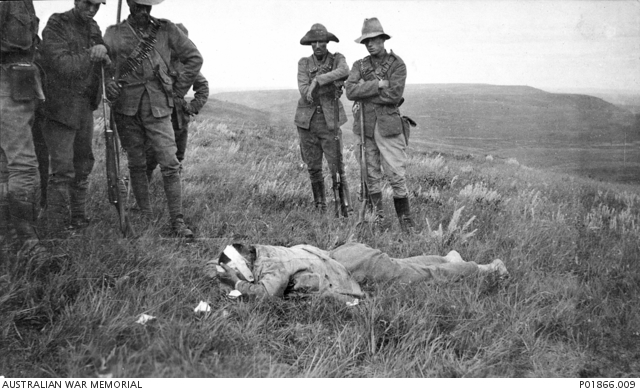 Hubert Appleby, A wounded Boer soldier lies face down on the ground with his head bandaged as members of the 5th Contingent, Victorian Mounted Rifles, look on, January 1902 P01866.009